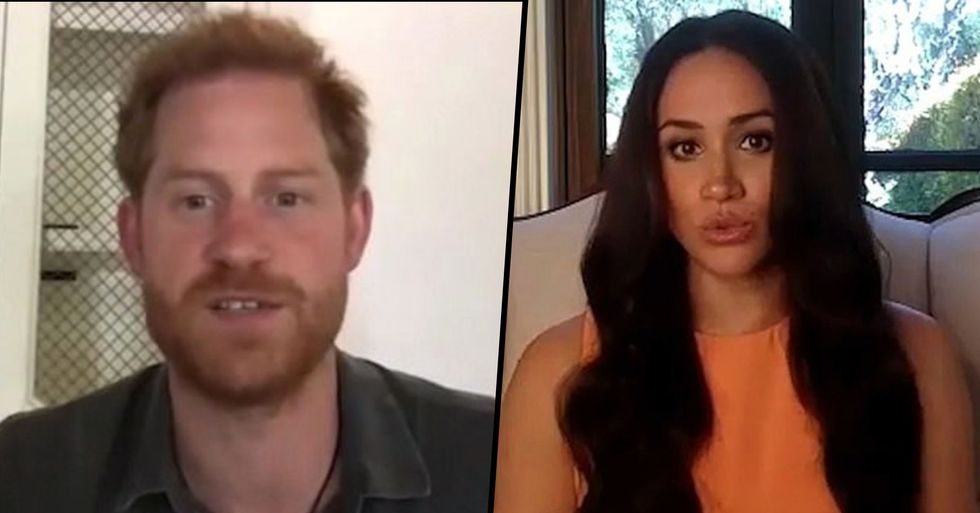 People Notice Something Disturbing About Meghan And Harry's New Mansion

People have been comparing 2 individual clips of Prince Harry and Meghan Markle in their new California mansion and they have noticed something rather disturbing...

Since his big move to LA, the British public have been mourning the loss of their favorite royal, Prince Harry, but recent videos have now sparked even more concern.

With his wife, the California-born Meghan Markle, and their baby son, Prince Harry packed up and made the move amid a whole load of controversy.

And, ever since the big move, royalists have been keen to get a glimpse into the couple's new life... but fans have been left feeling a little bit disturbed over the most recent clips of the royal pair living their new life in Hollywood.

The royal couple announced via their joint Instagram page at the start of the year that they were stepping down as senior members of the royal family. "After many months of reflection and internal discussions, we have chosen to make a transition this year in starting to carve out a progressive new role within this institution. We intend to step back as ‘senior’ members of the Royal Family and work to become financially independent while continuing to fully support Her Majesty The Queen," the post read.

And to make things even better for the pair...

It has been reported that Harry and Meghan have bought a $14.65 million mansion in Montecito, Santa Barbara... making them neighbors with Oprah and Ellen DeGeneres.

Even though many fans are happy for the couple's new (and very lavish) life...

A large percentage are not, of course.

But a large majority have just been eager to get a glimpse of this sixteen-bedroom mansion...

And thanks to some recent Zoom appearances, fans got exactly what they wanted!

Both Harry and Meghan recently appeared in separate Zoom interviews for different organizations.

Meghan took part in a virtual summit with The 19th co-founder to discuss her views on the state of journalism and her own personal experiences with the media, and Harry spoke to athletes about the Invictus Games about mindfulness and mental health.

Meghan opened up about the "toxicity" that she and Harry have faced over the last few years...

And Harry was candid about his own experiences with mental health - which we can imagine has been tough for the Prince in recent times.

But there was one disturbing thing that fans seemed to be distracted by...

And that was the couple's new mansion, which is where the calls took place.

People were quick to point out the difference in the rooms that Harry and Meghan each chose to take their calls in...

And it lead many people to believe that this was yet another example of Meghan's "diva-like" behavior and Harry's struggles in the marriage.

So here is the room that Harry was sat in during his call...

Which doesn't look as shabby as fans were making it out to be!

But the room that Meghan chose...

Well, there's no denying that she is clearly embracing her new Hollywood lifestyle with a lavish armchair and a lovely view!

We highly doubt that Harry and Meghan's individual room choices is a reflection of anything sinister...

And it is important to remember how brutal fans have been on the couple for a number of years now. We're sure (and hope) that everything is just fine for the pair! Keep on reading to see what Harry had to say about the late Princess Diana on her birthday...