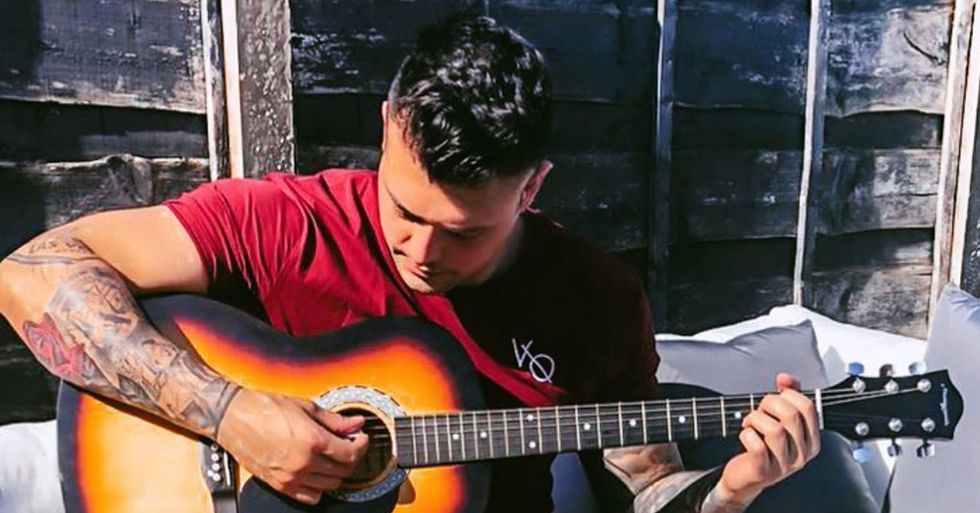 Many people haven't been taken social distancing seriously, which is why, when footage of a man hosting a back yard concert emerged online, it angered many people... until they took a closer look and realized what was going on, that is.

Keep scrolling to see the shocking footage for yourself. Can you spot it?

And now, most of the world is currently living in complete lockdown and people are trying to master the art of social distancing.

Even though the death rate is rising by the day...

People are still roaming around as they please, and this has especially been happening in the United Kingdom.

We all know that British people love to socialize...

And it is very apparent that many Brits have been ignoring the nationwide lockdown in order to spend time with their friends over the last month.

Police have gate-crashed way too many house parties across the country...

@GranadaReports Can’t believe people’s stupidity! I wonder if the deaths to this awful disease were mapped in… https://t.co/e6mGSqA5DU
— Donna Allen (@Donna Allen)1586439260.0

And the rest of the nation is not happy about this.

The U.K. is experiencing some glorious weather at the moment...

Which makes venturing outdoors so much more tempting.

But one man had a great idea recently...

From all of us at Essex Police: thank you for staying home, saving lives & protecting our NHS. Here are some pics… https://t.co/zXQIczPfHC
— Essex Police (@Essex Police)1586615400.0

And it certainly caused quite a stir online.

This is Lewis Ellis.

The former Apprentice contestant left the internet outraged when he posted a video seemingly breaking the rules of lockdown last week.

The footage saw him lipsyncing along to Adele...

With what appears to be 5 of his friends.

And of course, people were suitably furious.

His video, which was originally uploaded to TikTok, was instantly flooded with angry commenters.

Many of whom hailed him as "selfish" for seeing his friends during lockdown.

But some eagle-eyed viewers spotted something strange about the clip...

When they looked closely, not all was at it seemed.

And, after spotting what the clip actually was...

So, before we tell you why the video isn't what it appears to be...

Have a look at the original clip below.

As you'd probably guessed, Lewis didn't break lockdown just to sing Adele in his back yard with his friends...

His "friends" were edits of versions of himself, wearing a different outfit each time to make it appear like he had 5 guests round. "The videos were only put together to make people smile and have something to laugh about. I’ve made a good few so far but that was the one that everyone fell for," Lewis explained. So luckily, Lewis is adhering to all the lockdown rules and is just trying to provide a bit of light entertainment. One man was recently caught trying to escape lockdown dressed as a bush. Keep scrolling for the baffling pictures...