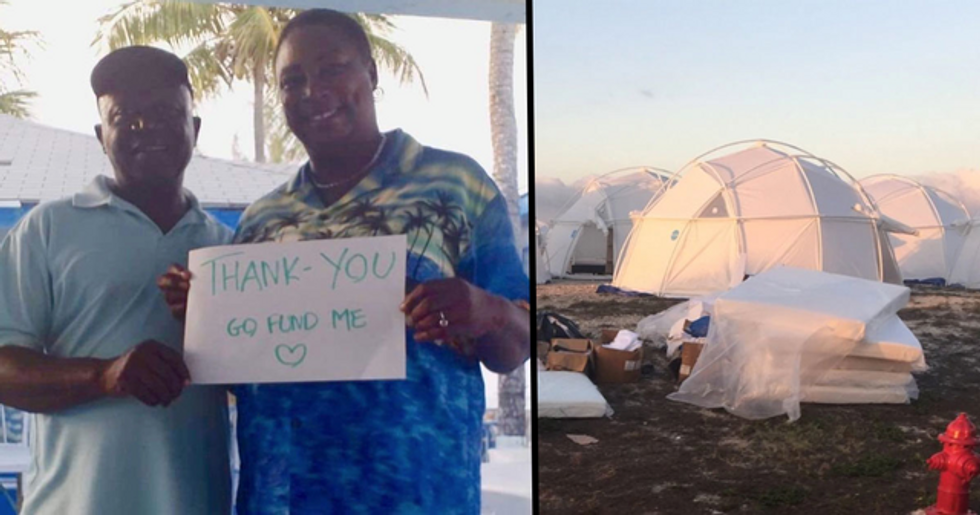 You probably remember the name Fyre Festival from social media last year. And if you do, it will be for one of two reasons.

Maybe you remember seeing the socialites and influencers posting photos all over Instagram. They were excited beyond belief for what was sure to be one of the greatest festivals ever. And you could get a ticket to go too, if you had the money.

Chances are though, if you didn't hear about that, you almost certainly heard about the greatest festival flop in living memory. That's right, this festival was a complete failure. And now there is a Netflix show documenting how it all went down.

Even though Netflix shows can be popular, no one expected it to have the effect that it did.

What is Fyre festival?

Fyre Festival is the greatest party that never happened. No, really. They promised the world and more.

Don't believe us? Take a look at this advert for it.

Looks pretty amazing right? Sure it doesn't look like what I would spend my money on, but it certainly looks beautiful.

It was in the Bahamas, on Great Exuma. A paradise island that was going to be taken over by the social media elite for one amazing weekend.

Who owned the island?

This is where things start to get a bit bizarre. The island was once owned by Pablo Escobar. That's right. It was owned by the infamous Colombian drug-dealer.

Yep, the narco-terrorist and King of Cocaine himself owned this island. Despite the fact that he was personally responsible for the murder of over 3,000 people, people thought it was somehow glamorous to be linked to him.

So back to the festival, was it really that glamorous?

Much like the life of Pablo Escobar, the media made it seem like it was more glamorous than the reality. In fact, it was really the internet hype that even created this festival.

How much did it cost?

Tickets were sold for a minimum of $450, but some went for over $12,000. And that didn't even included the travel expenses of actually making it down to the Bahamas.

And what did the ticket actually include?

The dinner that @fyrefestival promised us was catered by Steven Starr is literally bread, cheese, and salad with dr… https://t.co/GjBxQygxV9
— Trevor DeHaas (@Trevor DeHaas)1493344843.0

The festival was meant to provide luxury accommodation and award-winning food. Plus live music, beautiful beaches and general good times. It didn't quite work out that way though.

So was it just full of celebrities?

Sort of… Social media celebrities, known as influencers, had all promised they would be there, to make other people want to go. But it turns out they were paid to do that. So actually, it was mostly people with more money than sense, but with a large sense of FOMO.

Did any good bands play?

The line-up wasn't bad, given that it was the first year of the festival. They had Blink-182, Major Lazer, Disclosure, Migos and Klingande planned. Although, it is still a very hefty amount of money to spend on a festival.

Was it really the greatest festival? What happened?

Definitely not. The festival just sort of didn’t go ahead. They failed to get ready in time. They cancelled it right at the last minute.

That's right. They just cancelled the festival. People had been telling them for weeks that it wasn't going to be ready, but the execs didn't listen. They just pushed on through.

Were people already there?

You bet. People had arrived but they didn't find their luxury accommodation. Nor did they find the beautiful turquoise seas they were promised they could snorkel in.

What did they find?

Half-made tents. A half-made site. They hadn't got the stage sorted and they hadn't got the accommodation sorted. They had suddenly realised that they didn't have enough space for everyone, never mind the money that they needed to carry off this festival. They had essentially paid all that money for a shabby building site, without enough food, water or accommodation for everyone.

Did people get refunds?

Nope. No-one got any refunds. That's part of the problem. There just wasn't enough money for everything that had been promised. And not all the attendees were super rich either. A lot of them were just regular people who wanted an incredible festival experience with their friends.

Ah, the big question. Who was it that conned thousands of people out of millions of dollars? The perpetrator was 26 year old, Billy McFarland.

Good question. Billy McFarland was a concert promoter. He had created a company aiming to have an exclusive 'black card' for rich, status-driven millennials. It was in this capacity that he met Ja Rule, co-founder of Fyre Festival.

Ja Rule is an American rapper from New York. He was in the charts from the late 90s. He collaborated with Jennifer Lopez and a host of others. He was also part of the record label, Murder Inc., and was involved in a number of feuds.

What was Ja Rule doing?

That is a very good question. Why was this man in his 40s trying to create a festival for young people and models in the Bahamas? I guess it is probably an indictment of how society endorses youth as something to be coveted, regardless of your age.

Now he's saying he was bamboozled.

Even though people saw him there, enjoying the high life he is now claiming he was an innocent victim. People can be persuasive, and it can be hard to tell right from wrong. But given how many signs were there that it wasn't going to work, surely he needs to take some responsibility for his actions.

How did they even take it so far?

Social media. Social media was used with hefty sums spent on marketing to promote this festival like crazy. Tickets sold out in days. People wanted to be a part of this exciting new festival.

Did they get away with it?

Well that's what the Netflix documentary is looking at. To start with people thought it was just a bit of a joke that rich people had signed up for a fake festival. In fact the damage went way further than that.

The problem lies in the fact that there wasn't enough money. This didn’t just cause issues for the punters, or the bands who had signed up. It meant that no one was paid what they were owed. Hundreds of people put time and effort in to this festival without receiving what they deserved.

One woman's plight in particular has caught the world's attention.

Maryann Rolle worked cooking food for the festival organisers. She wasn't given any of the pre-payment costs that were required. Then once the luxury festival was meant to begin, the attendees were sent her way. Let's not forget, this was due to the fact that the festival was like a building site, with nothing prepared.

So what's going on now?

Netflix have created a documentary called Fyre: The Greatest Party That Never Happened. Within it, they have exposed many of the issues and disasters that took place around this festival.

What are people raising money for?

This is the verified GoFundMe to support Maryann Rolle—the Bahamian restaurant owner who lost over $100k in the… https://t.co/v3zdL5YFg5
— GoFundMe (@GoFundMe)1547924005.0

Maryann Rolle lost tens of thousands of dollars. She was cooking over 1,000 meals a day. And, crucially, unlike the Fyre Festival, she was paying all her workers. She has set up a GoFundMe page to try to recoup some of the funds that she lost due to this festival.

So what has happened to the founder?

He's in prison. Usually you hear about people who scam and cheat and lie their way to great fortunes. But not in this case. He also scammed people out of $150,000 worth of fake, VIP access, tickets to big events like Victoria's Secret Fashion Show and the Met Gala. But it looks like he's had his comeuppance.

And the people who were hurt by the festival?

Refunds have not been given out. A lot of people have lost a lot of money on this. But the Netflix series, and a similar one on Hulu, are helping bring attention to the issue. Hopefully more people can find help, like Maryann Rolle.

Are they going to try again with the festival?

There have been some ludicrous rumours that they might try to do another festival. That people's tickets will roll onto the next year. Surely no one who was involved last time wants anything to do with this. And people who have just read about it aren't too keen either. If they ever manage to come through with their promises and make this happen though, it will be one hell of a party.