Please, tell me if this is a thing at your house because I will never visit. | 22 Words 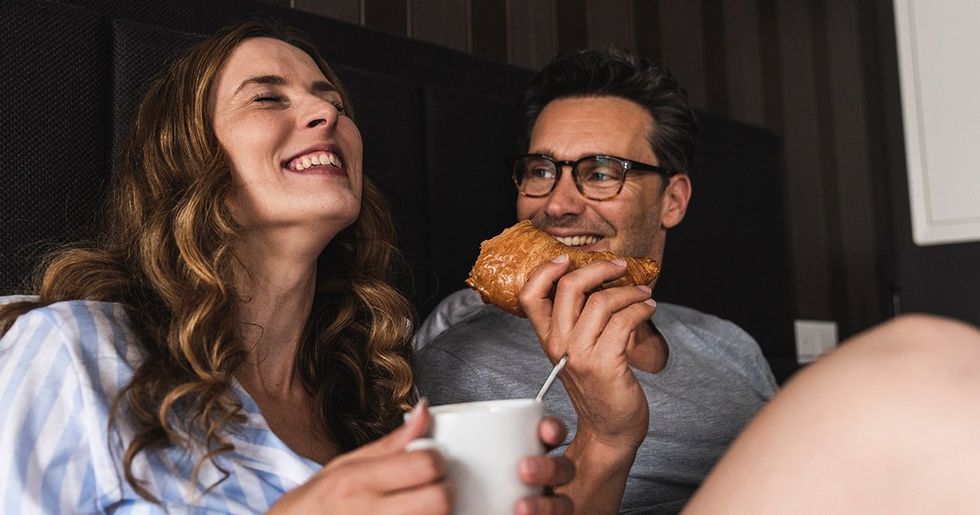 Have you ever thought about all the foods you loved as a kid and what they were called? Like when I was a kid, my mom used to make us “Johnny Cakes”. “Johnny cakes” had absolutely nothing to do with anyone named Johnny and they weren’t even cakes. It was fried bread dough that we ate with hot chocolate for breakfast. It’s delicious! I still crave it sometimes and ask my mom to make us some whenever I remember.

And now thanks to a viral Twitter thread that started with a tweet by @HelloCullen, we can now also talk about the names other people had for foods they ate while growing up.

“Nothing worse than sleeping at a friend's house and their family has some weird ass thing like calling spaghetti "Billy Dinner". Imagine being in this scenario. Like, what do you do? Should you also start calling spaghetti “billy dinner” out of respect? I can’t even say it while trying to keep a straight face. Spaghetti is spaghetti, people!

Some of the names and recipes on the Twitter thread are even less explainable than my "Johnny Cakes".  Apparently, bizarre names for foods is a thing and so many of them are hilarious or just downright gross.

Thanks to this tweet, hundreds of people also started to share the bizarre names they had for foods.

@HelloCullen didn't know what he started when he tweeted about "Billy dinner".

Who are we to not talk about our very own food names. He should have seen this coming.

Also, I do want to know why did they call spaghetti "Billy dinner".

The responses were both hilarious and weird.

Most didn't make any sense at all.

Wait until he finds out about my "Johnny cakes".

I bet Cullen hasn't slept well since his tweet went viral knowing about all of the bizarre names people have given foods.

But really, these people have given foods odd names.

I get why @HelloCullen is feeling a certain way about all of the tweet replies.

"This is not weird at all." Said no one.

It's the food name that will make anyone uncomfortable and I want to forget it.

What is up with the daddy theme?

Is this how his dad made eating dinner fun? Because it certainly doesn't sound fun.

So "dad surprises" is a thing.

I would just rather not.

Good ol' jigsaw coming in with the clean up.

I should change my dogs name to Roomba since he comes in to eat/clean the food off the floor when we're done eating.

There is a whole lot of bizarre in this tweet that I don't want to think about.

This one actually sounds super delicious.

I wonder if it will make me feel even better having "super soup" when I'm feeling under the weather.

From something sounding appetizing to this.

That's going to be a no from me, dawg.

I need a moment to get the thought of "sweet milk" out of my mind.

And the bizarre names for foods does not end here.

This is why I smell everything before I eat it.

It's like they were trying to trick you into not eating the good stuff.

I wonder how Greg feels about this one.

I am honestly cry-laughing about this one. Sorry, Greg.

And here we have an ad from a food store with some sense of humor.

From now on I will only refer to fish as "pier buddies", thanks to @LiarTownUSA.

Please, tell me if this is a thing at your house because I will never visit.

This is pure sociopathy.

I demand the full recipe.

Now this I can get behind.

And it doesn't end here. Some tweets were about food traditions that sound gross.

This is so gross I can't believe it actually happened.

But I have kids and I know how disgusting they can be, so it's likely this is true.

Anyone that does this should be arrested.

I would rather have pineapple pizza, which I strongly dislike.

I'm pretty excited about cheese too.

My kids love it when I call cheese "pizza sprinkles".

I would have lost it too.

Spaghetti with scrambled eggs is so wrong on so many levels.

It really takes being around another family for you to realize that your family is pretty normal.

And these next tweets explain exactly how.

This reminds me of the story my stepmom likes to tell about her younger sisters who drank milk from a bottle until they were teenagers. It's a  favorite topic during Thanksgiving dinner.

This is not how it's done.

If I ever find out that someone in my family put the peanut butter in the fridge, we are throwing hands.

Sounds totally gross and not appetizing at all.

I didn't think the food names could get any more bizarre, yet here we are.

And the internet delivered.

This is the ultimate mom power move.

Thanks to @HelloCullen's tweet, I can now go on to forever calling my nightly bowl of cereal "bed lunch",