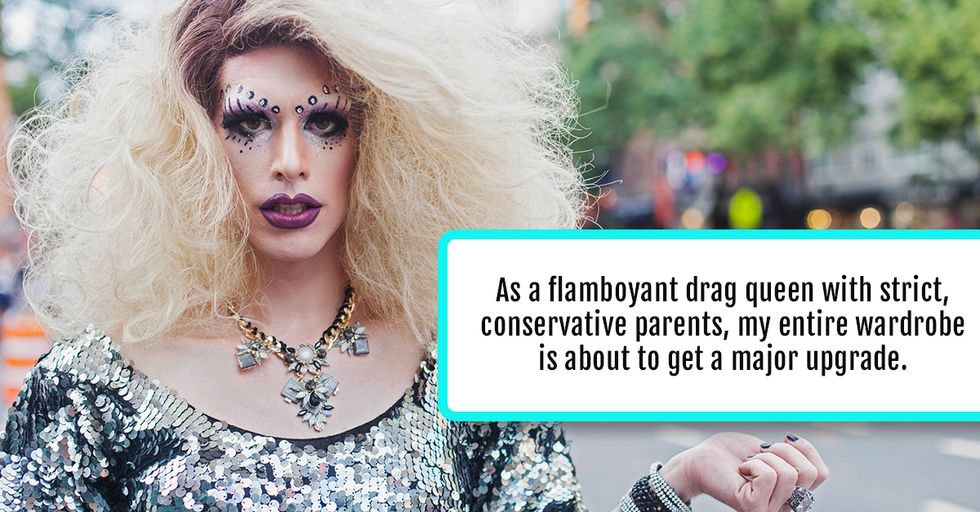 19 People Reveal the Crazy, Irresponsible Ways They Would Spend $250,000

But there was one catch: They had to spend it on something their parents would disapprove of.

Magic the gathering cards. Could get an okayish vintage deck with this much money –pm_ur_hairy_c**k

A cat... my parents despise cats. The rest I would use to help a developing country have access to flowing clean water which they would think is a waste. –Rominions

Tattoos. A house in the wilderness somewhere. Quitting my job to run full time. –lifebymick

Time to go to Vegas! If I gotta spend it on something they won't like, might as well try to get some more money while I'm at it. –something4222

I’d spend it all on dogs. Especially sick or disabled dogs. We currently have two dogs and I want a third, but any time I even mention it to my parents they fly into a big tirade about how it’s stupid to waste so much money on animals and if we keep getting more dogs they’re never gonna get grandkids. –dianupants128

Buying an apartment for me and girlfriend to live in together, instead of separate arrangements –Six_Fate

I'd spend it on vacations. My parents already think every dollar my wife and I "waste" on trips is money that should be going towards having kids and raising a family. –kowalofjericho

I guess I’ll be getting an Arts degree –Wyn_Rose

Any non-necessity. I'm in my mid 20's and if I buy something that's as little as $5, I get lectured to save money. "Is that a new shirt?!? You should be saving money to buy a house!" I would just go on a shopping spree. Lol –boopdasnoop

Uhhh. I guess I'd have to buy a lot of really expensive vodka? My parents are pretty much down with everything, but neither of them can stand the taste of vodka. –secondrousing

My biological parents would have blown it partying, so I'm putting it in an IRA. –houseofmercy

Pay off a $250,000 limit credit card and then purchase frivolous things on said credit card again without paying the balance off. MichieD

Guess I'm using it to set up a career in punk music, or rap, or metal, or country. Probably not the last one, because I disapprove of it too. –Rothaarig

None of these are bad, my parents (and I) would just find them to be a waste of money. –Davecasa

A fully-loaded Tesla Model S, top-shelf computer parts to build new machines for myself and my fiancee, and lightsabers for literally everyone invited to our wedding. –Inferno8429 Share this with your friends to see what they would spend the money on!