These Stories Prove That Kids May Be Cute, but They're Also Kinda Dumb | 22 Words 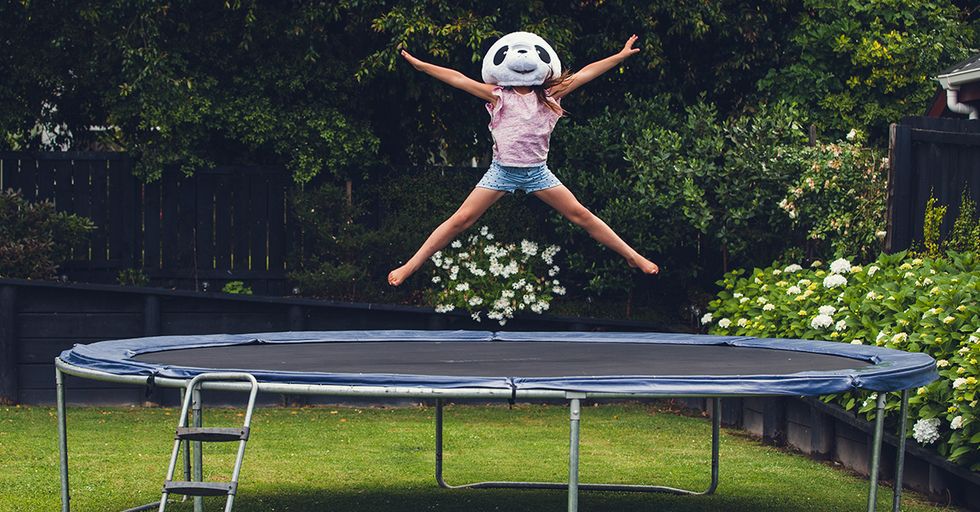 These Stories Prove That Kids May Be Cute, but They're Also Kinda Dumb

It's time we all stop pretending and just admit it: Kids are dumb.

And if you think about it, they kind of should be! After all, they're kids! Their little brains have a lot of learning to do before they grow up and run the world. But until that day, well, they're just not the sharpest tools in the shed.

What's the dumbest thing you remember doing as a child? I once broke my arm after tripping over a bicycle. I wasn't riding the bicycle. It was just on the ground next to me. I also broke an arm after deciding to go on the monkey bars right after eating greasy french fries. One time, my younger siblings and I prepared an entire presentation for our parents that ended in us asking to take an egg from the fridge and try to hatch it so we could have a pet chicken. So yeah. I think I can say with certainty that kids are not typically geniuses.

In a recent Twitter thread, people shared the dumbest things they did as kids, and holy Moses, they did not disappoint. (Well, maybe they disappointed their teachers.)

It started when Twitter user @MotherofDoggons asked people to share the dumbest thing they did as kids.

She even shared her own example of a dumb thing she did as a child. You might be thinking it'll be hard to top that story. Read on.

OK, yes, I did try to convince my parents to let me hatch an unfertilized egg from the grocery store. But at least my potential pet was never alive! This person thought they could revive a dead bird!

This person's understanding of the water cycle was clearly rather incomplete. But I admire the effort!

I read this one time and honestly? I can never read it again. It yucks me out so bad.

Bless your little sensitive heart. At least your eyelashes were extra clean that day!

Playing with electricity! What could go wrong?

@MotherOfDoggons I once tried to turn an acoustic guitar into an electric guitar by splicing an extension cord and… https://t.co/VvW3ZHTV4F
— puppits™ (@puppits™)1544533230.0

I like that this kid's understanding of electric guitars was limited to essentially, Guitar plus Electricity. It makes sense! Kind of.

I was sort of with you until you revealed that you were 16-years-old at the time of this experiment. Surely you knew about fire by age 16, right?

I admire your dedication to the roleplay. However, maybe a little less authenticity would be a good idea for next time.

If only there were any other way to put out a candle. You know, one that didn't involve a highly flammable object. Oh well!

"Hey the microwave blew up."

I once tried to microwave a loaf of bread that had a metal twist tie on it. You know what I didn't do, though? Watch it burn for a while.

"The butter is mashed."

@MotherOfDoggons @molly_hammm when I was three I mashed an entire stick of butter on the dining room table in the m… https://t.co/9acdIJ9x7l
— broke bitch (@broke bitch)1544560623.0

Most of these stories are silly and ridiculous. This one is straight-up horrifying. Imagine waking up to that!

Looks like somebody missed the segment on Sesame Street where they teach you how to tell time.

Reading in the dryer.

I understand wanting to have your own space to relax. But the dryer?! That can't be comfortable.

The words "pet goldfish" were meant to be descriptive. They weren't a command.

This kid was obviously very cool.

@MotherOfDoggons Burned myself with a crayon when I was like 4, cause I thought you could sharpen them by burning t… https://t.co/GIQnwmU7Oh
— THEMBO (@THEMBO)1544533182.0

There's literally a crayon sharpener in the box. What did you even burn them with?!

Just think. This kid grew up to (presumably) have a job. They could be your boss. How does that feel?

This was a bad day for kid brains. But a pretty great day for the cat!

Opening the door and letting a cat waltz into your home would also be very strange. But the fact that it was a skunk? Come on, kid!

Trust me. She noticed. She couldn't bring herself to admit that her kid was that dumb.

It's the strangest thing — I see the same exact person every single time I look in the mirror. Even weirder is that she looks exactly like me.

Time to change up the decor.

@MotherOfDoggons I wanted colorful carpet, so I dumped my fake makeup tray and rubbed all the colors in. Realizing… https://t.co/U1gAegsXFE
— Danielle (@Danielle)1544533704.0

Anyone who has carpet and children is a much braver person than I will ever be. It seems like a disaster waiting to happen.

Only kids would claim they were part horse in the first place. And only the dumb kids would try to eat grass to prove it.

At least you got pudding!

I hope the pudding cup was worth it. Knowing what I know of pudding, it was.

I'm so curious as to how you settled on that exact mix of items. Although the Cheez-Its makes perfect sense. Those things are delicious.

@MotherOfDoggons @kalesalad when i was 4 i cut off my eyelashes with a pair of craft scissors because they “got in my way”
— callie glynn (@callie glynn)1544554023.0

That's one way to solve the problem, I guess. I hope they grew back!

"These are some weird rocks!"

This kid played with poop. Do you really need further proof that kids are idiots?

You never know when you're gonna need an extra 10 cents. If only you had another place to hold it. Share this with a parent who will find these stories hilarious!