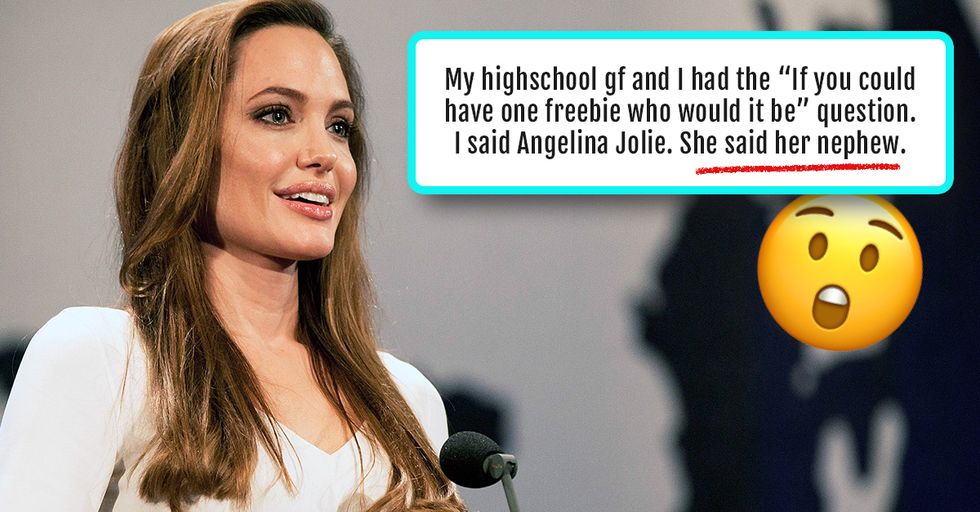 Ah, romance. It's a wonderful thing, isn't it?

There's nothing like being in a love with another person, knowing you're secure because they have your back and wouldn't ever do anything to hurt you...

That is, of course, unless they mean to hurt you.

Here are 10 lovers confessing the worst thing their significant other has ever said to them. And boy, they're a doozy.

Wow. Just wow. There are so many things wrong with this statement. We literally don't know how and where to start, except to note, as many commenters did, that this sounds like some Game of Thrones nonsense.
Seriously, her nephew? There's so many problematic things here, and we don't want to think about it because now we feel vomit rushing up our throat because we don't even want to go down this rabbit hole.

2. Don't know how I ever lived without you

This is a masterclass on abuse, helpfully packaged in a conversation's worth of time. Honestly, this girl is lucky he showed his colors so quickly and so soon.
She's also lucky she understood what this type of behavior is, because someone more naive may have been flattered by this quick come on, and might've not seen it for the creepy, creepy stalking it is.

This is one of the most horrific things we've ever seen, and it's horrific because it's a common tool used by abusers to keep their significant others in check.

This statement and others like it are a form of emotional abuse and if you, or anyone you know is experiencing this sort of abuse, it's best to seek help.

This right here is just – well, we don't know what this is. But we do know one thing for sure: we hope this commenter got away from her significant other fast.
Her ex's comments are so egregiously offensive, so downright twisted, there was indeed something very wrong with him and we wouldn't be surprised if he had more awful things to do/say.

5. No, you're the one that's cheating

First of all, let us just say that this woman sounds absolutely mental. What type of person throws a phone at the delicate areas of the person driving her?  He literally has your life in his hands, girl – maybe try to not distract him as he transports you at 65 plus miles per hour on a busy highway.

And we won't even mention the hypocrisy of accusing him of cheating, or the physical and emotional abuse. Dear commenter, be glad you got away from this one.

6. Cut yourself a bleed to death

Be glad you got away, because anyone that would write such hateful things is not a good person to be with. Just sayin...

We're seeing a pattern here, and it's not a pretty one. A very common tool of emotional abuse is threatening suicide to control a partner.  An important thing to note, however, is that every threat of suicide should be taken seriously.
That being said, you are not responsible for the actions of others, particularly if they are done in an effort to manipulate your actions. If you or someone you know is in this circumstance seek help. You don't have to go through it alone.

8. I think you’re just as abusive as your dad

This is legitimately terrifying. The fact that it was said by one teenager to another teenager doesn't make it any less so. This girl, whoever she is, is not the type of person to be around.
We're not sure of the full scope of this story, but we're sure of one thing – she waited till the commenter opened up, and then used his deepest fears to cut him at the knees. We're glad you ran from this person. She's scary.

9. I wish you would finally kill yourself

This is a deeply sad story and a very common one, unfortunately. We all wish that she would say "eff it" and leave, but the reality is, it's not that easy to, most times.
This man is an absolute dickwaffle, and we hope he gets what's coming to him. More to the point, however, we hope this commenter and her child are able to find a safe space far, far away from him.

Sweet mother of the cretaceous period, this has to be one of the weirdest, most confounding things we've ever read.
We're so stunned, so perplexed, so downright confused, we don't even want to delve into this one. Guess there are all types of people in this world. *Shudder* If you think you may know someone in a relationship like this, consider sharing this story with them to let them know they're not alone and they can do WAY better.