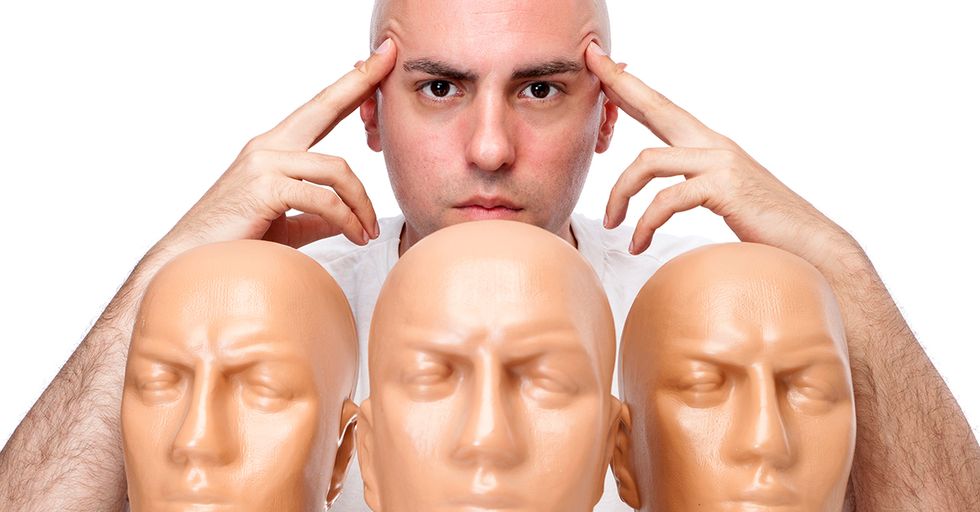 We've all had fantasies about having a superpower. It'd be super sweet to be able to fly, be invisible, or be able to teleport.

But what's the best one?

Someone asked Reddit what superpower they would have if they could have just one.

But there was a caveat... If anyone finds out about your superpower, you instantly die. Below are 19 of our favorite answers...

The ability to gain someone's technical knowledge by shaking their hand. Want to know how to fix cars? Shake a few master mechanics hands. –Doused

The ability to pull a non-counterfeit $20 out of my pocket every time I reached in it. Super inconspicuous power to have, but all I gotta do for essentially infinite money is just reach in my pocket over and over again. Power works every time, regardless of if the first $20 is removed, so I could just casually reach in and out without removing anything, but a new $20 would appear every time, so by the end of the day, I could pull a few hundred dollars out of my pants. Every. Single. Day. –ReggieTheKoala

Able to see 15 seconds into the future. Would bet money on roulette every time I need money and get f*ck outta there. No one suspects but I have money whenever I need. –tifosi7

I'm immortal, but my appearance also gradually changes so people won't recognize me from pictures and paintings over time. –PM_UR_NUDES_4_RATING The next one is quite clever...

Having a pocket universe empty of people and out of sync with the universe's time (nothing ages and no matter how long you spend there it's an instant of normal time) that I can enter at any time and leave at any place. People would assume it would be teleportation and since I'd never bring anyone into it nobody would ever find out. –HeadVsBrickWall

The ability to master any skill instantly. be that a language or a musical instrument etc. You'd just have to pretend you "learned quickly" and pretend to pick the skill up over a month or so –Flying_Odobenus

To read minds. I'd make a lot of money playing poker and everyone would just think I'm good. –DocCannery84

When I die, I simply "respawn" keeping all my knowledge etc. No matter if anybody finds out about my power, I don't care. ;) –zamach The next one gets around the caveat in quite the creative way...

To be able to mind control everyone on earth. I would tell them to never think about me, ever. Then proceed to make the world a better place. –GlassPomegranate

Perhaps the ability to get and perform well any job I apply for, no gotchas. I'd love to be able to experience so many different aspects of human life. –ApparentlyPants

Heal people (and myself) remotely. I can just sit all day in my living room and heal people I see on tv. why? I don't need to be famous to help –hermitina

The ability to freeze time whenever I please. Grinding on a project for a long meeting? No problem! Tired as shit in the middle of the day? Take a three-hour nap...Oh the places I would go :) –Stringskip

Luck, a la Domino. I'll constantly have cool things happening and can make things go in my favor, but it'll always just be like 'wow that was fucking lucky dude!', not, oh shit you've got a superpower. Plus, the being lucky bit will mean I'm always lucky enough for no one to find out I've got a superpower. –DukeInterior The next one is probably something everyone would want...

A good judge of character

Be able to tell exactly what kind of personality people have just by looking at them. I'd just say I'm a good judge of character. –archangel610

I have the power to make a perfect Monte Cristo regardless of the ingredients I have on hand. –electricraypdx

Never have to wipe again. Just saved myself so much time. #cleanshits for life. Y'all thinking too small. –Depthcharge87

Being able to shapeshift into other people, not necessarily an existing person but can change hair, face, gender, height etc. at will. Probably easiest one to get away with –Trooper_Sicks Share this with someone who wants a superpower too!