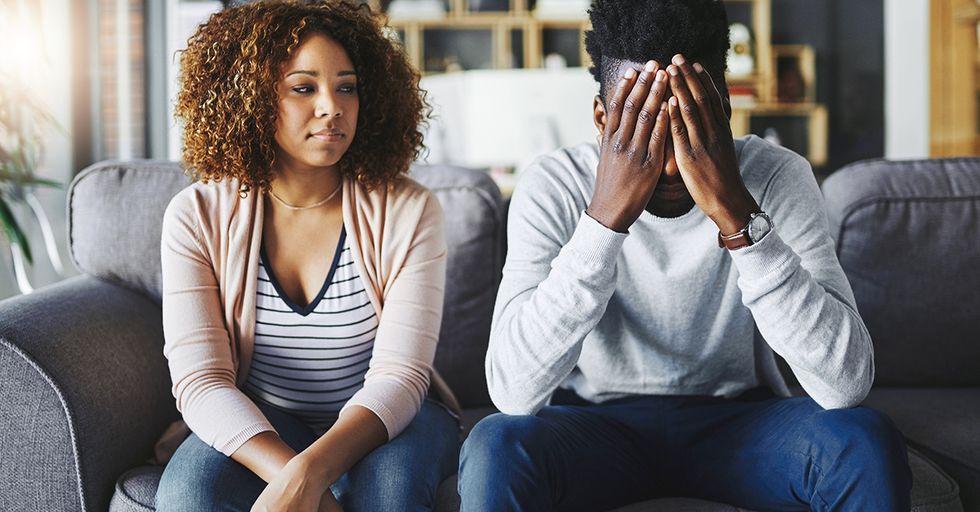 19 People Whose SO Dumped Them for the Dumbest Reason

Breakups can be tough.

Even in a best-case scenario where both parties are completely amicable and on the same page, it's hard.

But some people are really bad at breakups.

A recent AskReddit thread asked people to share the stupidest reasons they'd ever been broken up with. Their answers are almost unbelievable.

I dated a girl for one day. She broke up with me because in her words I was immortal. I'm pretty certain she was going for immoral, but hey you take what you can get. –furiousdanny

Me and this girl that I had never met before were waiting at the bus stop, and we got to talking, and everything was going pretty well. I'm fairly sure I was even close to getting her number, but apparently, she was SUPER into astrology, and when she found out I was a Scorpio she stopped talking to me and walked away. She purposefully missed her bus to get away from me like holy sh*t, woman. –ScatMan97

In high school, she broke up with me because she saw me kiss another girl on the cheek. It was my mom's cheek I kissed. –SecondUsernameChoice

She met someone that she immediately saw herself marrying. A month after we broke up she moved across the country, got married, called me to tell me she made a mistake, got divorced, moved back home, got pregnant and then got married again. Her Current age: 22 –Abtino11 This next breakup story is all kinds of petty.

My best friend's mother broke up with a boy in high school because he ate an egg salad sandwich and she doesn't like them. –SleepyCoffee90

A guy broke up with me that I wasn't aware of dating. We had dinner once. We spoke a handful of times via text but very short messages. Out of the blue, after a few months, I get a long message telling me he has to break up with me. We were both in our late 30's. –MalinaRaven

My first-ever girlfriend broke up with me by note, saying that since we both didn't have phones, our relationship didn't really count. You bet I cried. –ScaredSituation

Who's the real winner here?

Whatever. Little spoon is the best spoon.

I liked to be the big spoon, and he told me I was questioning his manhood. –breatheinthesilence We all have weird dreams sometimes. But this next person has a dream to blame for their breakup!

It was just a dream.

She broke up with me for something that I did in her dream. –Lorenzo_Gomez

This is a total power move.

I broke up with my HS girlfriend because she kept using "Well then maybe we should just break up!" Every time we argued. Finally she did it when I said I didn't like Panic! At The Disco so I just said "OK" and hung up the phone. –lordchankaknowsall

My ex-boyfriend threatened to break up with me because I got an offer from a better university than him. He insisted it wasn't fair to him and he could have gone to the same one if he hadn't followed his passion for music. –naixi123

She broke up with me at 2 in the morning. Her reason was that one of her favorite singers was coming in for a concert and she was trying to meet him and have him fall in love with her. –illogicalfuturity

Well, which is it?

Went out with a girl in school, puppy love type stuff in year 7. Anyway, about 4 months into going out I kissed her. She broke up with me via text saying "The relationship was moving too fast." About 2 years, later we start going out again. Yay me. But whenever we hang out, one of her friends is with us and is way WAY too into the idea of "us" so I couldn't flirt or compliment or kiss without this little drama queen being all "Kiss! Kiss! Kiss!" She eventually breaks up with me (again!) saying "The relationship is moving too slow." –JammeyBee This next story is for all you cat lovers out there.

My ex was allergic to cats. My roommates had cats. She dealt with it for a while until one day she blew up about them and gave me an ultimatum. I get rid of MY ROOMMATES' CATS, or she walks. We now have another cat. –systemofaDON

I had someone break up with me because I showed her too many memes. –Slt4Tea

At least you had a Valentine's date!

I took my (ex) girlfriend to the science museum for her birthday which is coincidentally on Valentine's day. Turns out she's not that big a fan of science as I thought. Broke up the next day. –OwenMilloy

My ex broke up with his then-girlfriend (one of my friends) "because she didn't wear enough makeup." –SaladPotatoGoat

At least you were right!

3rd-grade bestie: We had a huge fight over whether a tomato was a fruit or a vegetable. I was on the fruit side. –Wang35 Share this with someone who has a weird breakup story!