If You've Been Made Fun of for Your Name, Know That You're Not Alone | 22 Words 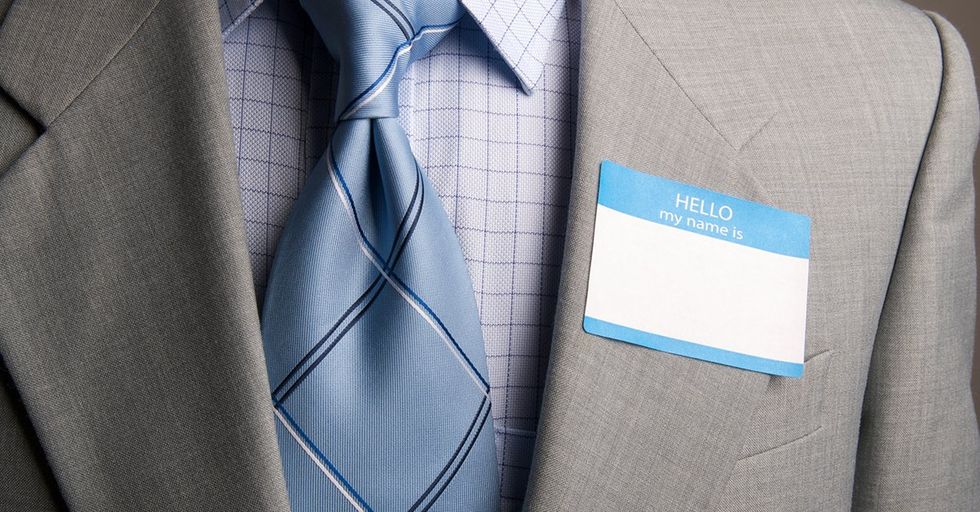 If You've Been Made Fun of for Your Name, Know That You're Not Alone

Do you have one of those names? You know, one where when people learn it, they tend to make one dumb joke? And every person who makes that same joke seems to think they are the first one to ever think of that joke? And you are supposed to respond to it every single time like it is clever and actually made you laugh, even though you just heard it for the 6,980,902'th time?

Yeah, I have one of those names. "Hi, I'm Robin," almost never fails to garner the response, "Ha! Where's Batman?" You know, I don't know. He is a fictional character, and I am a real person, so I just don't know. Sorry. Apparently, I am not alone in experiencing this. People with all sorts of names also experience similar things, except with different jokes, of course. And they are sharing them on Twitter. I have to say, even though these dumb name jokes are infuriating, it's nice to know I'm not the only one experiencing this.

What I learned from this thread is that...

No matter what your name is, there is probably some awful joke that everyone makes when they learn it. Get ready to roll your eyes so hard they might get stuck in the back of your head.

Oh my gosh, this is infuriating. It's one thing if you were born with a name like this, but another if Amazon co-opted it only a few years ago.

This isn't the joke I would make. I would say, "What was it like being possessed by the devil in The Exorcist?"

However, she gets a different reaction when asked what her last name is. It's hard out there for Monica Lewinsky and she is a frickin' champ.

I hate when people make slight changes that totally change your name! Sophie and Sophia are different names! The next one is pretty annoying...

With a name like Yoshi, it's no wonder this guy became an expert on the green "dinosaur/frog" from everyone's favorite video game.

To be fair, most people with the name Speedy were nicknamed that for something related to how fast they can move.

Do you really think he gets this joke? This might quite literally be the oldest joke in the book.

This is obnoxious because not only does she have to hear the same joke over and over, but she has to get the same song stuck in her head over and over. It's a lose-lose.

You know, the "Jake, from State Farm!" commercial? I can't believe so many people immediately think of that when they hear the name Jake. There's one in here we're all definitely guilty of...

Another song one! To be fair, though, I do think of this song every time I hear the name "Stacy." And it's a great song, so...

Maybe Grant should work on his pronunciation, ever think of that? Just kidding, this is terrible.

Here's the thing, though: Reuben sandwiches are delicious and in all other ways delightful, and I would be honored to be named after one.

I don't get this one. Do people just rhyme her name with "feather" and think it's clever? Why does this happen repeatedly?

Ooh, I hate this so much! Guaranteed a white person named Lulu would not have received the same line of questioning. The next one is also infuriating...

Hey! Not everyone with a name that is commonly shortened to a nickname goes by that common nickname! Just call someone what they want to be called!

What is she supposed to say to this? "Yes, my mom saw me when I was born and was like, 'Ew, what an old thing' and decided to name me Helen."

I think this is a case of people just not listening to the extent that they should be listening. Put in some effort when you're learning someone's name!

Listen, I would probably have this thought, too, but these are the things that you keep! To! Yourself!

Not everyone with a famous last name is related to the one famous person with that last name. Ugh! The next few made me want to run away screaming!

I would have thought he would have gotten, "Ooh, like the city!" but nope! It's way worse than that! Milan is not Mulan, people!

I hate this. People decide that a person's name is too hard for them (which...Soledad is not difficult) and pick a completely different name to call them.

Emily is not a very long name. It's easy to say. And it's how she introduced herself. So just call her Emily. My god.

People who meet Will should demonstrate some willpower and not make the joke in front of him. Got it? The next one is the one we've all probably done before...

I like the name Lee, I have known several people named Lee, and I don't understand what the big deal is. It's a nice name!

"Is it spelled with a K [or otherwise 'feminized']?"

This is bonkers. Just call a person the name with which they introduce themselves. You can't just pick out a different name for them. That's rude!

I can't even imagine having to go through life hearing this every single time you introduce yourself. Hang in there, April.

She's so nice for someone who gets that all the dang time. Share this with someone who also has one of those names...