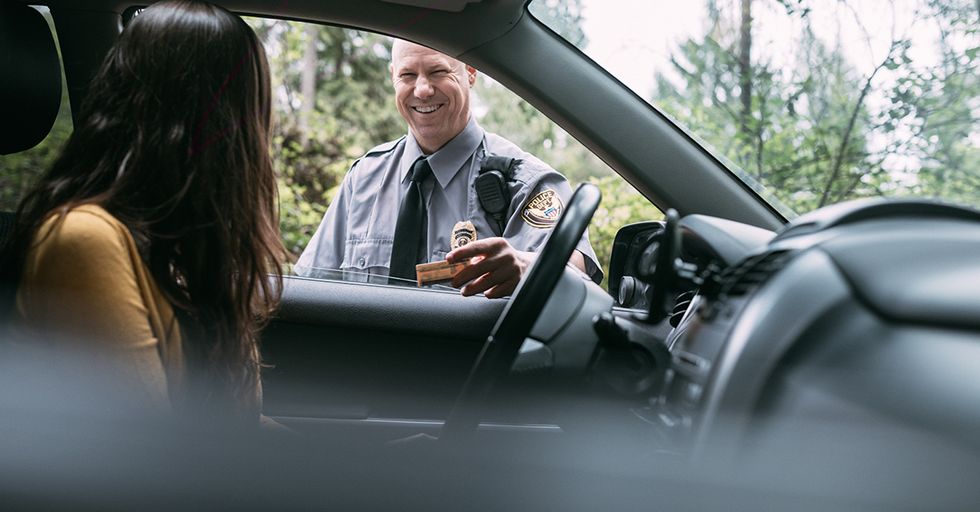 People Called out Their Own White Privilege in This Twitter Thread

If you are white, you experience and benefit from white privilege. This is a fact. No matter your social situation, there are societal advantages you have simply because of the color of your skin. Acknowledging your white privilege does not negate the other struggles you may face as a woman, a person struggling with poverty, a member of the LGBTQ+ community, a disabled person, or others who face myriad societal disadvantages. But recognizing your white privilege indicates that you understand that on a fundamental, institutional level, people of color are treated worse than white people and that our society is structured in such a way that white people — all white people — benefit.

If you for some reason need more proof of this in 2019, you need to read this Twitter thread. Writer and Twitter user @Freeyourmindkid recently asked white people to describe the craziest thing they have gotten away with because they are white. These are actions that would have been life-ruining for a person of color, but because the perpetrator was white, they were able to walk away scot-free. While this thread is eye-opening, remember that not every example of white privilege is this extreme. If you are white, you benefit from your whiteness is subtle ways every single day. It's time to examine this.

Some of these stories might actually shock you. Knowing how people of color are treated in society, by police officers especially, these stories should make you insanely angry.

All sorts of driving violations

This is insane. The police officer let this white woman pay an unpaid ticket on his cell phone! Never in a million years would a person of color be afforded the same opportunity.

@Freeyourmindkid Called the police in Allston MA when I lost the key to my bike lock. (White) firefighters showed u… https://t.co/o202Ig4u0J
— Adrienne Carmack (@Adrienne Carmack)1553973749.0

This does not reflect well on the firefighters of Allston, MA. White women really can get away with anything, and I say that as a white woman.

I told you these would be shocking. Black teens are routinely treated as adults whereas white teens are treated like children.

@Freeyourmindkid Kicking a cop after he threw me on the ground, and then getting in his face after I escaped my handcuffs. #MyWhitePrivilege
— sarah (@sarah)1553963472.0

It is not an exaggeration to think that this person might have ended up dead if they were a person of color instead of a white person. We are just getting started folks.

This is too true. People of color are profiled in stores. This is an everyday occurrence and it's not OK.

Good for this woman for taking responsibility for her own possession charges, and shame on these cops for trying to get her to give up her boyfriend.

This is one of those examples of something so subtle and something that happens every day, so most white people don't even think about it. But it's so true.

See? These are the assumptions that make moving through the world as a white person so much easier than being a person of color. In fundamental ways. The next one really got me.

Simply being a person of color in this country, existing as not-white, means you deal with a base level of emotional and mental distress that white people never have to contend with. This affects all areas of a person's life. Think about this.

@Freeyourmindkid Not really outrageous, but I had chronic headaches (later diagnosed w/ a brain tumor) and not once… https://t.co/q9wiZ1MGxu
— Geraldine (@Geraldine)1553973712.0

This is absolutely infuriating. We are taught that doctors are there to help any person who is in pain, but they are just as poisoned by structural racism as everyone else.

So many teenagers do dumb stuff like this. But guess which teenagers have their lives ruined because of it? Only non-white teenagers.

OK, this is crazy. There is no way this person should have been able to bail themselves out with $100. This is some serious white privilege at work.

Many white people don't understand that black kids and other POC kids are not committing serious, violent crimes. They're doing the same things white people do as kids and getting punished way more harshly for it. Is your blood boiling yet? Keep reading.

It's rare that you see structure racism so blatantly committed right in front of your face. I hope this woman said something to the doctor.

@Freeyourmindkid Renewing my Greencard I was seriously taken from the back of a hours-long line & put directly in t… https://t.co/UoxrksiCpa
— Tracy Facey (@Tracy Facey)1553964936.0

"Oh, a white person? Better give her preferential treatment! She shouldn't have to wait in a line with all the brown people trying to do the exact same thing she's trying to do." This is absurd.

Black people have died because of traffic violations like this. Instead, this white woman was rude to the cop and he asked her on a date. Unbelievable.

@Freeyourmindkid My white friend reversed down a hiway off ramp because he took the wrong exit. I was freaking out… https://t.co/6ucHFAqp9n
— GRASSI (@GRASSI)1553971746.0

Um, this is terrifying and dangerous and I can't believe the cop just said, "Get a move on." Wow.

Another one you probably don't think about. There are whole spaces where you can't exist as a POC without being questioned. Need any more evidence that white privilege is real? Because oh, there are more stories.

No license or registration

Could you imagine? If this was a POC, they'd believe the car was stolen or something else sinister was going on. This white lady drove away with a ticket.

This is incredible. I have also been waved by countless times for setting off sensors in stores. It's white privilege!

But...how?? Don't you need proof of income? Oh wait, he's white! I guess white people can do things like this.

No ID at the airport

Wow, there's a lot to unpack here! I assume the teacher was also white because otherwise, this would have been a whole different story. Somehow, it keeps getting crazier.

White in the military

I can't imagine what it would be like to be black and a woman in the military. This is disgusting on so many levels.

@Freeyourmindkid Openly smoking grass for decades. Never ticketed or arrested. Once was asked to leave a bar in NYC. Once.
— Jimmy Donato (@Jimmy Donato)1553961863.0

POC get thrown in jail for minor drug offenses. Their lives ruined. Meanwhile, this dumb white guy is smoking weed in bars where it's illegal and simply getting tossed out.

Apologies from a cop

What. A cop apologizing? Going through extra effort to say sorry because he made a mistake?

@Freeyourmindkid As a violently angry child in public school I was provided with treatment and empathy instead of g… https://t.co/KVy9QkXtCG
— Liz ACAB Estey (@Liz ACAB Estey)1553974343.0

The way we treat children of color who have behavioral problems has to change, otherwise, we're just perpetuating an already-broken cycle. Share this with someone who needs to see it.