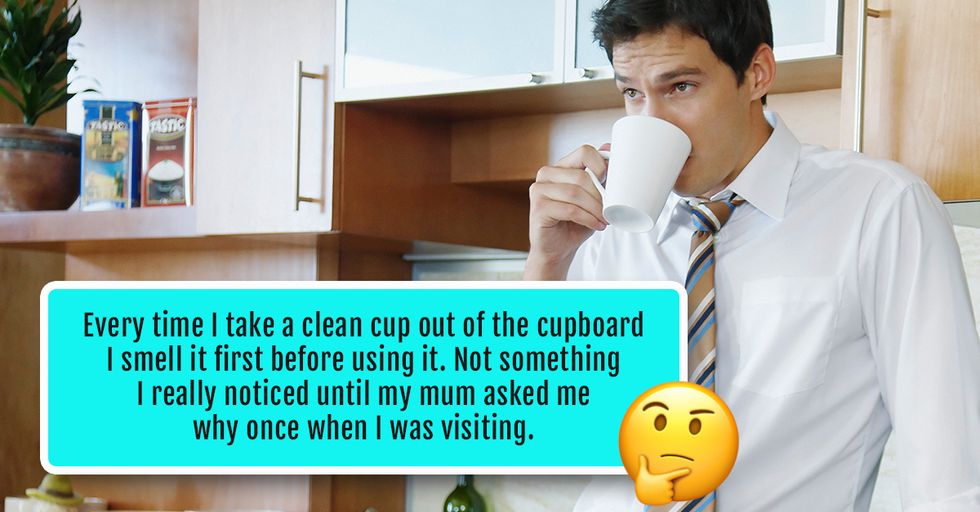 34 People Reveal the Weird Things They Do Subconsciously Everyday

Who would have thought there were so many things we do every day that we don't even know we are doing?

We all know someone who calls out your little quirks and habits, and once you see them, it's hard to unsee them.

Whether it's tapping your foot, playing with your hair or awkwardly overusing finger guns, we all have our own little habits.

Reddit users came clean and shared their own, some more common than others.

A few... well you'll just have to read for yourself.