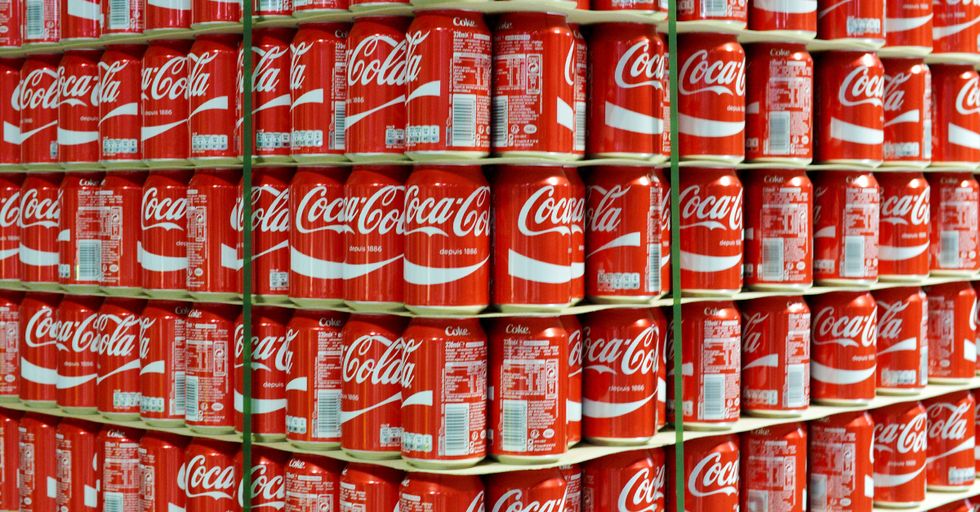 Georgia Hardstark is the host of the podcast, My Favorite Murder.

But when she's not doing that, she's asking questions on Twitter that are getting hilarious responses from people all over the globe.

She asked this burning question...

Everyone's family did things you thought were totally normal until you ventured into the real world. Strap in, folks because these stories are pure gold.

I came from a family who used their dishwasher, but you still had to mostly clean the plates and stuff before you put it in, so it was barely worth it.

I wonder how long she kept this up. Was it well into her teens before she learned the concept of death?! Because that could be a problem.

Could you imagine thinking crackers were cookies for whole years of your life?! Did these parents think they'd get away with it forever?!

What, Santa doesn't like to get wasted before sliding down the chimneys of every kid in the world? Is that what you're trying to tell me?

Why don't parents want to take credit for Christmas gifts? It's so much less weird than getting a present from a dead bird.

In my house, we didn't have assigned seats per se, but we all had the seat that we always sat in. Even still when my family's together, we sit back in our old seats.

If we thought we were going to throw up, we got a plastic bag or the bathroom wastebasket, which was often gross. The next one is...extreme...

I have friends whose roommate did this, and it was always baffling. There's a reason they come in boxes of 100.

This was so true in my house growing up. In fact, if anyone came to the front door and rang the bell, we knew it was a stranger and should not go open the door. We always went in through the basement or the deck door.

We didn't exactly have a snack cabinet, but we always, always, for years of my life, had two gigantic jars of M&M's on our kitchen counter — one plain and one peanut. M&M's weren't even a candy in our house. They were just a food group.

We were a no-soda household (but jars of M&M's were OK), so it was such a treat anytime my parents threw a party and there was soda in the house for a few days.

Frozen peas were definitely a snack when I was really little, but I had no illusion that they were candy. That's messed up. So is "max and cheese." The next one is hilarious...

We definitely did this growing up but I don't think I would have ever thought it was normal enough to do in other people's homes. That's on this girl.

Butter on the counter

If you google this, it says that butter can actually stay out on the counter for a day or two, but beyond that, it will spoil. It also totally depends on the temperature. Generally, you should keep your butter in the refrigerator.

This is truly the pinnacle of passive-aggression and I LOVE it. I hope that family has kept all their fight letters and can look back on them and laugh years later.

What are you dressing up as for Thanksgiving?

This is hilarious. In my house, Thanksgiving was always a huge party, with anywhere from 30-50 of our closest family and friends. Still to this day, even though I know it's normal, when I find out that someone has a small Thanksgiving, I feel bad for them.

This is insane. I have never heard of this and I don't understand. Other people seem to get this and have similar experiences. But... What? Share this with someone whose family definitely did weird things!