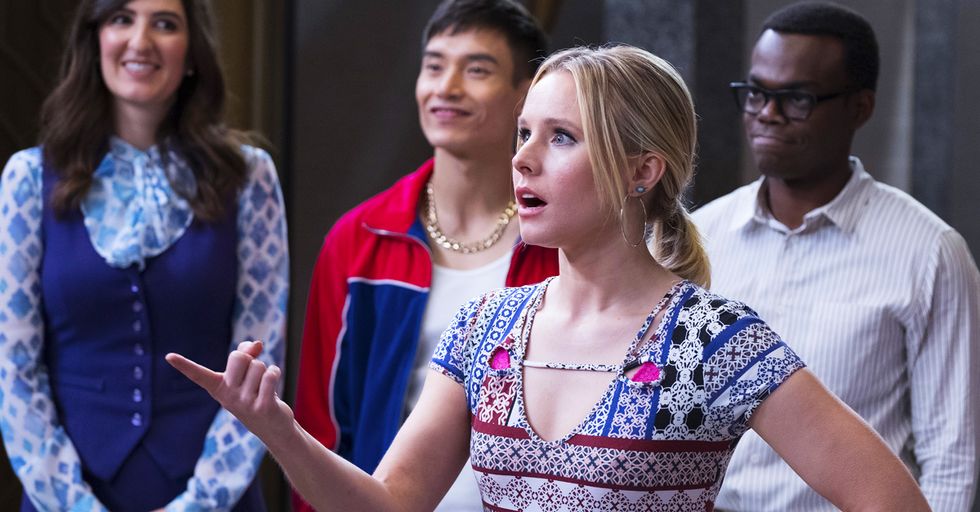 19 People Reveal Their Favorite Plot Twists of All Time

Warning: This list is full of spoilers for many movies, TV shows, and books.

If you hate spoilers, this might not be the list for you, but if you love reliving some of pop culture's best plot twists, read on, friend!


The crescendo of Ender's Game (the book) caught me good. –segv
The beginning of the other guys when Samuel L. Jackson and the Rock "aim for the bushes." I died laughing at that part. –SeinoorLittlewood
Saw. The theme song isn’t called “Hello Zepp" for no reason. –Real_Srossics
In the Black Mirror episode "shut up and dance", I didn't realize until later that the teenage boy was caught watching child porn. I thought it was just regular porn and slightly embarrassing that he got caught. –The610__
The revealing of who Keyser Soze was in The Usual Suspects. The first plot twist in a film I remember and still one of the best. –Fats33
Shutter Island the first time. Holy f**k. –MyCheekyThrowaway
As much as it destroyed me, I do love the Red Wedding. I want my media to evoke an emotional response...and that certainly did. –Kawauso98
Spoiler for the movie The Prestige: My favorite twist is when we found out that Christian Bale's character had a twin brother and that is how he did the trick. –BlueEzreal
The whole "I'm you" part of that Brad Pitt/Edward Norton movie that we're not supposed to talk about..first time I saw that movie, it blew my mind –manhousechatter
King Candy being Turbo in Wreck it Ralph. Ego being the one who gave Peters mom the tumor in Guardians ofG2. –I_dont_study
The Truman Show. It wasn’t really a plot twist, just a huge realization on everyone’s part. –JacobBakesCakes
In Ex Machina (spoiler) when the robot left the nerd to die. I started shouting holy shit at the theater screen –swiggityswell
So I know this one's a bit unpopular, but in Iron Man 3 when it turns out The Mandarin was just an actor/decoy for the real Mandarin. –CRUNCHBUTTST3AK
This is gonna sound silly but in Jane Eyre when you find out Mr. Rochester is already married was a great twist –graciepaint4
The Good Place had a real solid plot twist that I honestly did not see coming. Of course that means they blew their load after one season and the second season is just not as interesting. –Kalanth
call me a basic bitch, but I loved the twist at the end of "Now you see me" I was not expecting Ruffalo's seemingly straight edge federal agent to be the 5th horseman and the others way into "The Eye" –Succ-MY-Scythe