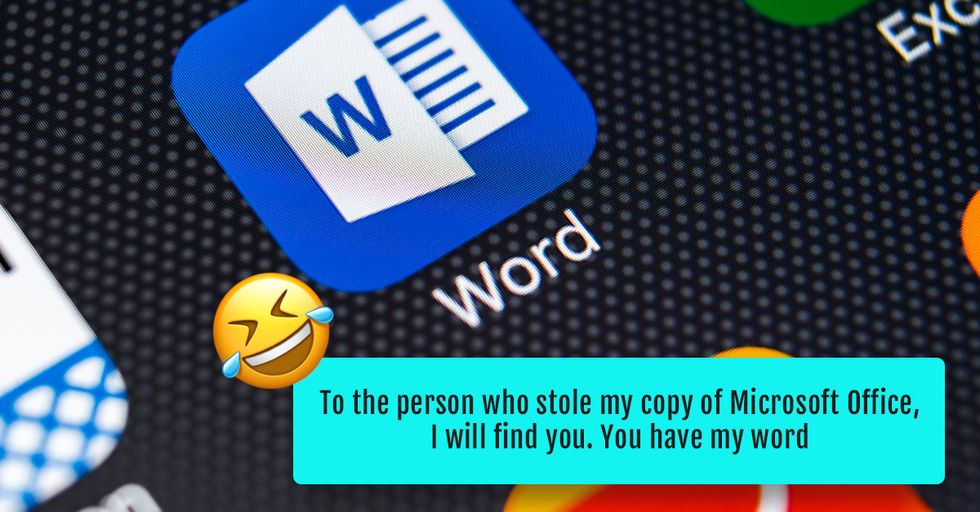 Do you have a great joke that you whip out at parties that never fails to get a laugh?

Mine is: Knock knock.

Never tell a pun to a kleptomaniac. They're always taking things literally. –jackhackery

People tell me I'm condescending. That means I talk down to people. –balthemel

A guy is in a doctors office. His doctor is there with him. "I have two pieces of bad news," the doctor says. "What are they?" "Well, the first piece of news is that you have cancer." "What's the 2nd piece of news?" he asks. "Well, the 2nd piece of bad news is that you have Alzheimer's." The man laughs and says, "Well, at least I don't have cancer." –Nick_the_Cuber

My dad asked me the other day: "Are you even listening to me?" Which is a really weird way to start a conversation if you ask me. –zimflo

To the person who stole my copy of Microsoft Office, I will find you. You have my word. –straightouttaireland

There are 3 old ladies sitting on a park bench. A man in a trench-coat walks by and flashes them. 2 of the old ladies have a stroke. The other one couldn't reach that far. –_idontwearhats_

Why was the leper hockey game cancelled? There was a face off in the corner. –Runningonempty98

You’ve heard of Murphy’s law right? It says that anything that can go wrong will go wrong. But have you heard of Cole’s law? It’s thinly sliced cabbage. I always start laughing halfway through the joke though so usually the delivery isn’t that good –ItsSam_JK

A wife calls her husband and says "be careful driving home, some complete moron is driving down the wrong side of the motorway." The husband replies "there's not just one, there's bloody hundreds of them!" –aMeatyTreat

What did grandpa say before he kicked the bucket? "Wanna see how far I can kick this bucket?" –Willstroyer

What's the difference between a hippo and a zippo? One's really heavy and the other's a little lighter. –llama_laughter

So there were two whales at a bar. The first whale says to the second (make whale noises until everyone is a little uncomfortable). Then the second whale says back to the first (inhale sharply), "Go home, Frank. You're drunk." –Byizo

How many flies does it take to screw in a lightbulb? Just two but I have no idea how they got in there. –vadlmaster

When does a joke become a dad joke? When it becomes apparent. –lezzieknope

What did the cannibal get when he was late for dinner? The cold shoulder. –ThatTysonKid Share with your funniest friend!