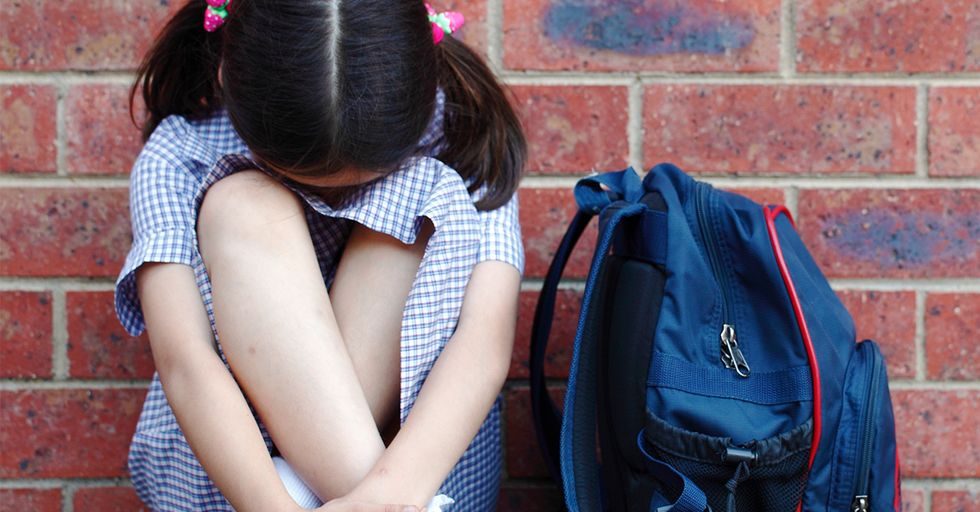 Bullying is a huge problem in today's society.

We know how bullying can mess with kids' lives to a huge extent.

But we don't often talk about the long-lasting effects of bullying.

Both the bullies and the kids being bullied grow up. And sometimes, people who used to get tortured in school run into the very people who did the torturing years later. The actual bullying may be a thing of the past, but those memories can last forever. Here, 19 people share what it was like to run into their bullies as adults.

I was bullied by this massive guy when I was 15. He easily had a foot and 2-3 stone on me. Went on for about a year and then kind of fizzled out. Nothing too harsh, just the occasional bloody nose. 5 years later I wander into a new hairdresser in town to get a standard trim and here's the guy cutting hair. He was incredibly apologetic and explained how he'd been so confused and angry because he couldn't admit to himself that a massive, tough guy like him could be gay and want to be a hairdresser. He had the final laugh though as he offered me free highlights to make up for things and I looked like a tool for the next 7 weeks. –Gogsy1999

Third through sixth grade this punk made my life hell. That fat bastard Lenny had a gang even. fast forward to just after college, making real money for the first time. I go to a shop to buy a high-end sound upgrade for my new car and whodya know is there. Shitty shirt and tie and all. Salesman shuffles up to me and I say "Hiya, Lenny. I'm here to buy, but not from you". I walked over to another salesman and requested his assistance instead. I spent over twice as much as I intended to, sort of my version of both middle fingers in the air. The look of hatred on his face as I pulled out the credit card made 8-year-old me very content. Worth it! –ratshack

Similar. When I was still in college I was managing a tax office. I ordered pizza for me and the staff. High school hotshot delivered my pizza. He'd gained at least 75 pounds. Got a good laugh after he left. Bonus points. He was working as the bouncer at a bar I like. They had a cover I wasn't aware of. He waived the cover for me and my friends. He turned out to be an OK guy. –[deleted]

I saw a bully from middle school in my local ShopRite. He had a lot of problems. His mom had a heart attack, and he had a car accident and suffered serious back injuries. When I first recognized him, I exclaimed, "I remember you! You were such an asshole to me in middle school!" We laughed, and he told me the above. He apologized for acting like he did. He said something about this stuff happening to him because of how he treated me, but I was nice and I denied it. –Plato_Karamazov The next one is a classic tale...

I'd lost all the weight they bullied me for, her boyfriend tried to come onto me when we were both in a pub. Long story short: Her chin, my fist, satisfaction. –smallbrainbighead

In middle school I was absolutely tormented by this girl - she spread nasty rumors, manipulated other girls against me, did the whole "cold shoulder-refuse to acknowledge-and ostracize" deal. Eventually led to a host of social anxiety and insecurities that took a long time to recover from. Years later, I ran into her at a coffee shop. I was the one to approach her - not aggressively but it felt amazing to be the one in "power". I spoke positively and congratulated her on getting into a great school. It felt great to be the better person and it was obvious that she was hella uncomfortable and nervous to be around me. Plus, she had developed a wicked unibrow. –vegerunner

I was flat-chested all of middle school and early high school.. One guy was relentless when he picked on me. Years later he ended up trying to sleep with me at a party I hosted... I guess having large breasts made the difference for him. –ho4show

I used to get made fun of in grade school for my clothes and shoes because my parents couldn't afford to buy me anything new. There was one guy, Miguel, who was the worst about it. Around this time last year, I went to a McDonald's and saw him behind the register. I had just gotten freelance work, which could potentially lead to getting hired, at a company I really liked. He didn't recognize me, but I definitely knew it was him, especially because of his name tag. I didn't confront him or anything, because it was years ago and we were kids, but I thought it was interesting how different our lives were. –-eDgAR-

I wasn't popular in high school, but in college, I sort of blossomed and am actually attractive (not to sound conceited). It took some getting used to. I was still in the "ugly girl" mindset. Visiting my hometown, I saw the popular girl from high school that used to tease me about boys not liking me. She was in line at the store and looked terrible. Overweight, tired. She looked like an adult, like a mom. But not a happy one. I couldn't believe we were the same age! I guess I'm an adult technically but I don't really feel like it. I checked out her Facebook. Turns out she's divorced with two kids from different guys. And she works at a paycheck loan place. –leaningtowel The next one is pretty interesting...

I had since grown up and become a successful IT pro. He was working the counter at a Pizza place me and my GF at the time had ordered from. I acted like I didn't recognize him. He recognized me though... –big_steak

I was bullied by this mean girl all through elementary and middle school. Senior year of high school we had a mutual friend and were sitting at the same lunch table. I had just broken up with my boyfriend of 2.5 years and she asked me about it. She then told me that I was too good for him and he didn't deserve me. It felt really good. No animosity towards her ever again. –MamaD_Cooks

One of my bullies (yes, plural, being a kid was rough, woe is me) now regularly likes my Instagram posts and retweets my jokes on twitter. He's singlehandedly responsible for at least 10, that's right, TEN of my Twitter followers. I think it's his way of saying "Sorry for all of the psychological trauma I caused you." –JackPlatinum

The blast from the past

I saw one of the guys once. Hadn't seen him in years. Was an even bigger douche but didn't remember me. I yelled his first name and demanded he picked up my stuff that he'd just nocked down. His eyes filled with terror and he did as I said. –unicorninabottle

Went into a Denny's once. One of my former bullies was the waiter. He actually said he was sorry and that he couldn't believe he was such an asshole in middle school. I still didn't tip him. –general_weeaboo The next one is what we would call "sweet justice"...

I was arresting him. :) It was marvelous. –dobbsie

My high school math teacher was my bully. In my freshman/grade 9 year, I got straight A+'s and she loved me. Then she happened to teach me again my senior/grade 12 year and I was really struggling. Instead of trying to understand what went wrong, or if there was anything going on in my life causing school to be less of a priority (there was), she called my parents and told them I would never succeed in life. I just heard back from several Ivy League graduate schools, and I plan on passive aggressively sending her one of my acceptance letters. It's a little petty, but I bet she has no idea how much her words impacted me. –tapetalucida

My bullies all still live in the small town we grew up in. I see them every once in a while when I'm home for a visit. I say hi, they say hi. That's about it. In terms of life situations, I don't really know. Some are just working manual labour, some have ok jobs. Some have families. One of them has apologized profusely for how he treated me. But at this point in my life, I just don't care. I don't live near them. I don't have to interact with them. I'm just not interested in their lives. I'm doing well though, so I do feel good about that when I go home and one of them asks what I'm up to these days. Better yet, they ask my brother, and he says that I'm absolutely killing it. –joanhallowayharris

I saw one of my bullies on the subway once. Fortunately, I looked fantastic that day, and I happened to be engaged in sparkling conversation with a very attractive man - in French. (He's gay, and a co-worker, but she doesn't know that.) So I just continued my conversation without a second glance in her direction and got off the subway at my stop, which happens to be in a good neighbourhood. –jednorazowa

Encountered him working in a garage in our hometown. He was balding and overweight. Told me he had spent time in rehab and was living with his parents. I felt really bad for him. Wished him good luck on his road to recovery. I'm not good at being snarky and even if I was I wouldn't kick him while he's down. –found_alaska Share this with someone who would appreciate these stories!