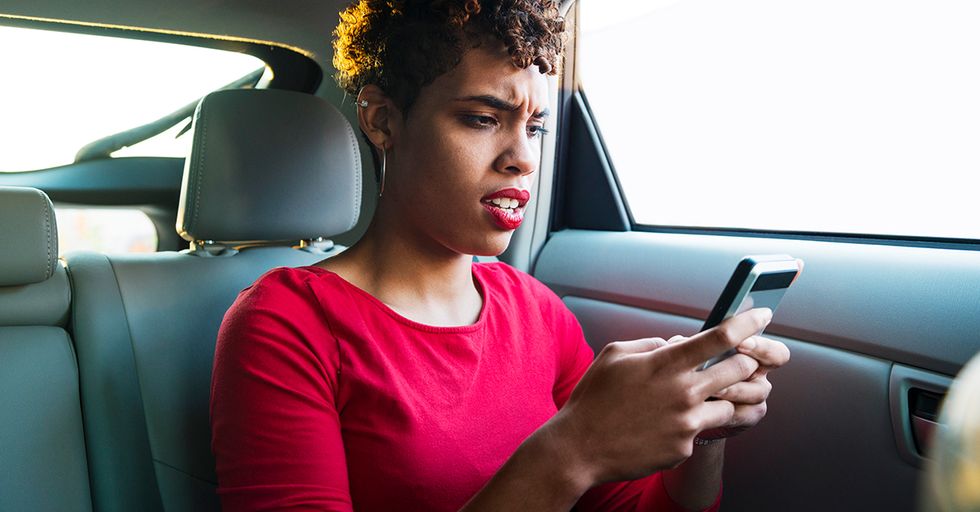 19 People Share What They Hate in Online Dating Profiles

Online dating is pretty ubiquitous these days. I know several people who met their significant others online.

But there are still some things you just don't want to see when you're perusing the Internet for potential partners.

Writer Alanna Bennett recently posed this question to the people of Twitter:

Everyone is looking for something different when they are looking on dating apps, but there are some universal things that people are definitely not looking for. People went bananas sharing the things they can't stand to see on dating profiles and will automatically reject. Are you guilty of any of these?

I feel like these are all describing the same kind of person. Like, every single one of these pictures could have come from the same profile.

The first two are definitely in the same category, but the third one is where it veers off. Although, maybe she means like big fish that they caught, not like, a little goldfish or something.

Who wears lederhosen in their dating profile picture?! Also, the profile is there for a reason. "Just ask" means you were just too lazy to fill out the profile.

I genuinely don't understand why people take pictures of themselves in the bathroom. Usually, those photos are not good! The next one is a MUST for me!

If a guy can't appreciate a female artist, NEXT. Women have been forced to appreciate male artists for decades. It's possible.

Saying you have an "offensive" sense of humor is basically saying, "I don't care about people's feelings."

Oh yeah. This one gets a massive eye roll and a hard pass from me.

The only people who put "no drama" in their profiles are people who have been involved in a lot of drama. The next one is priceless.

Only one person can accurately say that they went to the school of hard knocks and that's Little Orphan Annie. The rest of you are frauds.

What a bummer it is when people do this. Please don't.

All of the above

This is a very specific and pretty comprehensive list and I am here to say that I agree with all of it.

As I've never been to Chicago, I can't speak on the first item, but the second is so very true it hurts.

If you're a devil's advocate, why don't you just go to hell so you can hang out with the devil all the time? The next one hits the nail on the head.

If you have to claim that you're laid back, you probably aren't. It almost means nothing anymore.

Honestly, there is no excuse for blurry or grainy pictures in 2018. I will automatically assume you have bodies in your basement.

Grrrrr this one makes me so mad! Men, date women your own age! The era of fetishizing young women is so very over.

When I read "free spirit," I just hear "afraid of commitment." And I'm not wrong.

Newsflash: Whether you have full custody of your kid or not, you're always a father. Share this with someone who understands the pain of online dating!