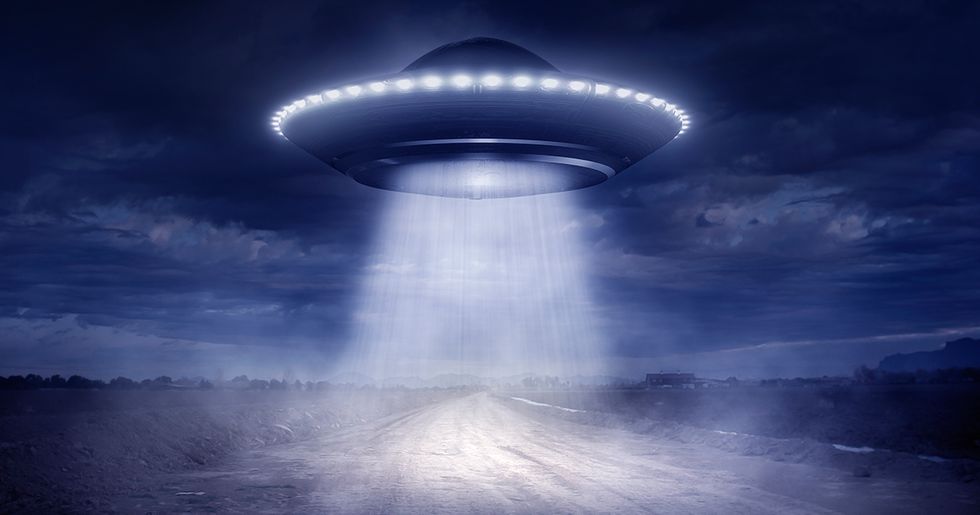 19 People Confess the Conspiracy Theory They Think Is True

I love a good conspiracy theory. Some are straight-up silly, but others, well, they can be tempting. I'll leave it at that.

And people from all over Twitter came out of the woodwork to answer. There are over 1,300 responses. These are 19 of our favorites.

This is increasingly true these days. And it's not pretty.

Have you ever seen that video where he's singing with Paul McCartney and then the mic falls over, and he goes to grab it? I'm just saying.

If you saw the look my dog gives me when I tell him to "drop it," you'd believe this too.

Was this true? With like, microwaves from the '60s? I don't think it's true now. The next one might be sort of a stretch.

See, that's the plot of National Treasure, which is a pretty far-fetched movie. I just don't know if I'd fall for this one.

So many responses to this question were about how the mattress store Mattress Firm must be a front for money laundering. Apparently, there are lots of these stores, and people hardly ever buy mattresses. You do the math.

I've never heard this conspiracy theory before, but I am so here for secret government involvement in things. It seems so crazy! And yet, so plausible!

Isn't this how they caught the Golden State Killer? Word to the wise, if you're a serial killer, maybe don't do 23andMe.

Here's the thing: I think Camembert and Brie taste slightly different. I couldn't describe it to you, but the taste is a teeny bit different. The next one is incredible if you think about it.

This is amazing because the thing is that we could never know if this was true. Because it only happens when we aren't looking. My other favorite conspiracy theory along these lines is that rocks are soft and squishy, but they tense up the second we touch them.

I've heard this one before, and I have to say, candy corn does taste like it could have been made almost a hundred years ago. And I like candy corn.

This is a classic, and while I'm pretty sure I don't believe it, the evidence these guys present is sort of convincing. If it were true, Stanley Kubrick definitely filmed it (look it up).

Planned obsolescence is maybe the most annoying thing in the world. But I guess it also keeps a lot of companies in business.

Not only are phones listening to you, but if you have a Google home or something like that, they're definitely actually listening in all the time. The next one might blow your mind.

This is an interesting theory. Apparently, it's been written about a lot. Imagine if Leo didn't have to die!

This is really sad to think about as a possibility. I have to not believe it for the sake of my faith in humanity.

This is a ridiculous theory that I accidentally read a lot about one day, and now I can't get that time back. It's not true, and their evidence is very wonky.

Now we're getting crazy. Niles, as in Frasier's brother in the show Frasier, is actually his son?! I'd like to see some evidence.

I 100 percent believe that cities don't recycle as much as they claim to. It's awful. Share this with your favorite conspiracy theorist!