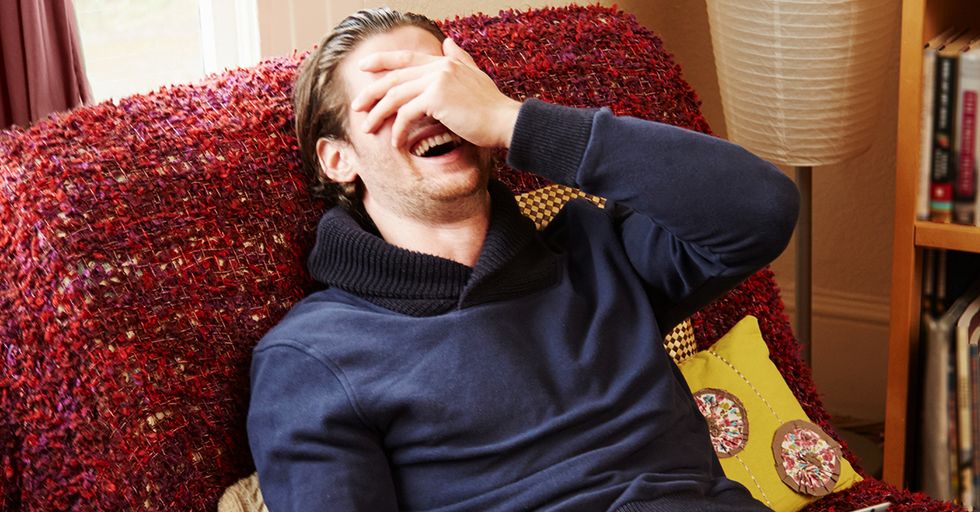 People Are Sharing the Dumbest Lies They've Ever Told, and They're Absolutely Hilarious

Let's be honest: Everybody lies.

Sometimes it's a tiny, white lie to get out of going out when all you want to do is stay in and watch Netflix.

Sometimes the lies are bigger (and generally end up making problems for you later).

And sometimes, the lies are just plain ridiculous. They're the kind of lies that, as soon as you say them, you wonder why you even opened your mouth to say anything at all.

Comedian Eliza Skinner is familiar with this phenomenon.

She recently asked her Twitter followers to share about the dumbest lie they ever told. Her post got a bunch of replies. We've collected some of the best ones here.

Skinner started by sharing her own dumb lie:

You definitely start to regret the lie as soon as people start asking questions. Suddenly, you have to invent a completely new person. Let's hope she never gets the same Lyft driver again.

This person pretended to have a twin:

I'll admit that I don't know everything about twins. That being said, I'm pretty sure that's not how twin names work.

Have you ever wondered who invented ice?

I appreciate the effort this person goes to in order to just be generous. He could just say something like, "I insist!" But no. He's gotta break out the ol' "my grandpa invented ice" charade. This next lie is actually kind of adorable.

To be fair, somebody had to be that kid, right? This is a lie I would 100 percent believe.

This scam was a bit near-sighted.

First of all, wearing glasses is cool. Very cool! But this is not the way to go about getting them. I recommend just having crappy genes.

I think even the good lord above would condone this lie. And I think he'd have some harsh words for the jewelry saleswoman.

Owning cats does, in fact, make you a cooler person. How many cats do you think this person owns now? I hope it's a whole lot.

In this kid's defense, it'd be super hard to find an actual fossil out in the wild. Way to use your resources! Next up: a lie that seriously makes zero sense.

Would you really want that job?

I've said it before, and I will say it again: Kids are weird.

Some people lose their luggage when they travel. This person's dad lost his accent!

Remember when you thought braces were cool?

I remember being similarly obsessed with braces when I was younger. I usually went for the plastic milk ring instead of a straw, though.

Out of all the names to choose, you chose Karen?! You're the real victim, here.

I bet you were expecting something pirate-related.

This is exactly the kind of lie that just pops into a kid's head and out of their mouth after 0.7 seconds. This next lie is peak older sister behavior.

This is both cruel and hilarious:

As some with a younger sister, I can confirm that this is just what you have to do sometimes. Don't worry. I'm sure the younger sister got revenge somehow.

No time for family pictures.

What a coincidence! My uncle Nicolas Cage refuses to have his pictures taken at family outings for the same reason!

This is so elaborate!

I love the way this kid's mind works. Don't have my homework? Better invent the most elaborate story ever told.

You know that show Game of Thrones? That's also me.

Everybody wants to be special.

This is exactly the kind of dumb lie Skinner was looking for with her original post. There's no reason for it. But they said it anyway. Share this with someone who could use a laugh!