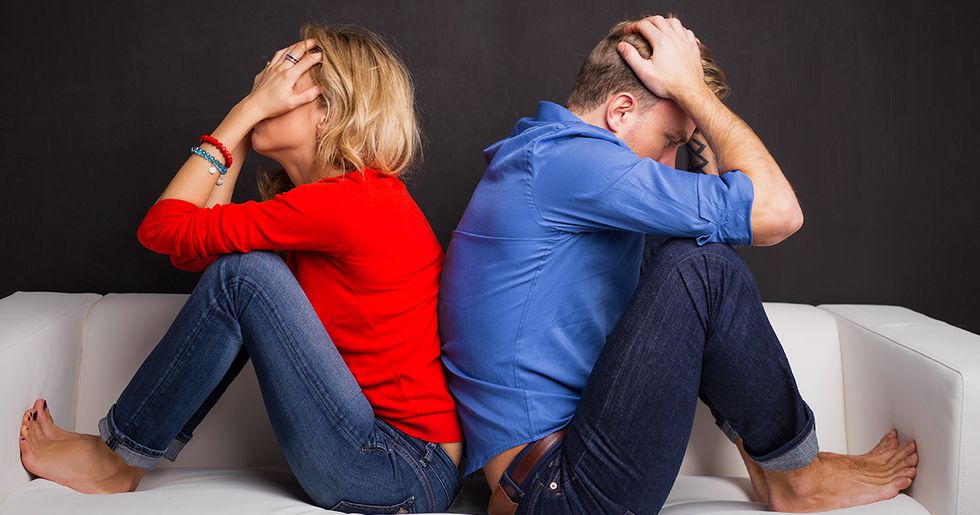 Most people find themselves in arguments from time to time.

They might be about big, important things, or about small, inconsequential things.

And sometimes, arguments are just about something that's really, really dumb.

A recent AskReddit thread gave people the chance to share stories of the dumbest arguments they've ever been involved with. And, they're pretty darn dumb.

Someone started an argument claiming that if identical twins are separated at birth and raised by different families, then they’re not twins anymore. –ZeiramZaraki

Someone tried to convince me that they could run a mile in 3 minutes. After I called her out saying the fastest was 3 minutes and 43 seconds she then argued that the fastest mile was actually 1 minute. –thicky-_-vicky

I've heard this one before.

My mother has argued with me over if we are currently arguing. –NotAplicable

Opinions are not facts.

That Vatican City wasn’t a country after multiple google searches, the whole class agreeing that it was and even a geography teacher telling him it was. His response? “I still don’t think it is because I can have my own opinion." –PyroTeknich This next argument is truly one for the ages.

My mother insists that fish aren’t animals — that they are their own Kingdom like fungi or plants. We were out to dinner, and I insisted that we ask our waitress what she thought (to get some support). She said “Oh this is perfect! I’m a bio major actually, so I know she’s right. You’ll learn about it in college." And 8 years later, here I am on the other end of college, my mother still pridefully reminding me how she beat me at that argument. –Faulty_Pants

From Timbuktu to Kalamazoo.

Whether or not Timbuktu is a real place. My kids insist I made it up. I've shown them maps and websites to prove its real, but they still think I made it up. –1743Sassenach

I've got a pickle!

I was eating a pickle at lunch, in high school. I referred to my pickle for some reason in the conversation. My friend said, "That's not a pickle." It was a pickle. A normal, big crunchy dill pickle. It looked exactly like the pickle you're picturing right now. I asked her what she thought it was, and she said it was a cucumber. I said that she was right, but that it was also a pickle. She disagreed. I asked her what she thought a pickle was, then, if not the thing in my hand. She couldn't answer. It was the weirdest argument ever. –poemchomsky

He truly is a National Treasure.

Someone once tried to convince me that Nicolas Cage was in 'The Fellowship Of the Ring.' I was like, "Do you know what the 'Lord of the Rings' is... Elves, Hobbits, Gandalf? Are you sure that you know who Nicolas Cage is? Like, are you confusing him with Viggo Mortenson? No?" –-Words-Words-Words

Looks like it's time to get a new friend.

In elementary school, getting off the morning bus, a girl told me that a day is 12 hours long. I informed her, no, in fact, it’s 24 hours. This went on for probably 10 minutes straight until I asked the bus driver, to which he agreed that one day is 12 hours. I wanted to scream. –sydskoff This next argument doesn't make even a little bit of sense.

I had a 30-minute argument with a roommate once because he didn’t believe a canoe was a boat. He said a canoe was a canoe, full stop. He believed that boats could only be motor powered, so everything else that is propelled by a sail, oar, etc. was its own thing. He walked away when I asked him to explain sailboats. –neebs231

A girl tried to convince me that hiccups are caused by the gallbladder. Her argument points: - Then why do people with no gallbladder, never get hiccups? - Why can you google gallbladder hiccups and get results? - Can you explain exactly how hiccups and gallbladders work? No? Then that means I'm right. - Can I explain either of those? No, but I know I'm right. –xxwerdxx

I think this woman was a little nutty.

My brother’s then-girlfriend argued with me that almond milk isn’t a thing. I’d seen a commercial for Jack Lalanne's juicer, and I mentioned how you can apparently make almond milk with it. Our conversation went like this: If you squeezed an almond would any milk come out? Well no. That’s why you need the juicer. It doesn’t work like that. But if almond milk doesn’t exist, what are all these things at the grocery store purporting to be almond milk? That’s almond-flavored milk. How come it’s labeled as vegan? That’s almond-flavored soy milk! If you squeezed a soybean would any milk come out? [shrieks] –asoiahats

Someone I work with said if they can't see drops of water on/coming from something then it isn't wet. I got a damp cloth and asked if it was wet. "No, there isn't any drops coming from it." So I wrung it out and got more water out of it. They didn't want to argue anymore. –warnern0018

Be there or be rectangle!

I almost got into a fist fight with my best friend explaining the difference between a square and a rectangle. –rooklee34 I'm so curious about what chain of events led to this next argument.

What a strange thing to argue about.

That blood doesn't smell. Yes, yes it most certainly fucking does smell. Ever sniffed a penny? That's what blood smells like. –HFPerplexity

That's not really how dictionaries work.

I tried to tell my little brother that it was spelled "sword" not "sored." I even broke out the Websters Unabridged to prove it to him. His reaction? "Ha ha, your dictionary spelled it wrong." –atillaauby

He claimed that when you cut down a tree they immediately release all the carbon dioxide they have ever absorbed. Hence, trees are useless at carbon sequestration. –hmfiddlesworth

Maybe they were thinking of Danny Glover?

I very recently had a neighbor in my flat argue with me that Donald Glover and Childish Gambino are two different people. I don't even listen to his music and I even knew that they're both the same guy. –bladeovcain

Had to convince another native English speaker that the word "is" is a verb. His counter-argument: "It's not because you can't 'to is.'" –d3f3ct1v3 Share this with someone who will get a kick out of these silly arguments!

37 Statement Clothing Items That Are Under $50