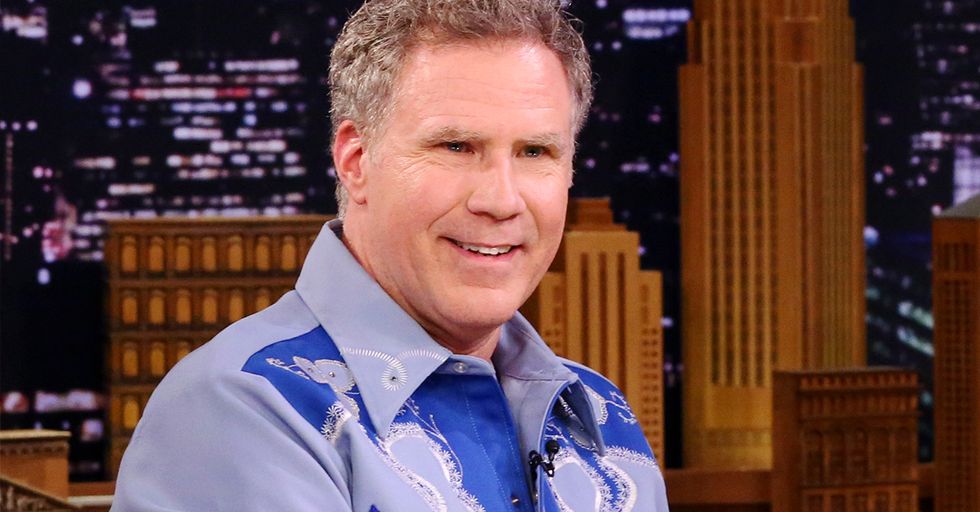 Celebrity encounters are supposed to be full of glitz and glam.

You spot your favorite celeb through a hail of flashbulbs and then they come strolling towards you in slow-motion, crowd parting in awe to let them through.

Unfortunately, however, many people meet their faves in hilariously ordinary ways. Here are a few examples.

Did he tell you a joke as he did?

I was in line behind one of the Backstreet Boys at an airport McDonald’s and he asked me if 20 was too many nuggets.

P.S. it wasn't AJ, like you were thinking, it was Kevin.

I denied Willem Defoe entrance to a bar on New Years Eve since we were closed for a private party. He politely understood.

I do want to make clear that Mr. Defoe was well dressed, exceptionally polite, and never did the do you know who I am thing.

I once asked a random guy for directions. He turned around. It was Will Ferrell. He gave me directions. They were correct.

Yes, that Kumail Nanjiani. Even celebs can have their encounters.

Because even the Slayer needs wifi.

Mark Wahlberg stops behind me at a newsstand on Columbus Avenue. He burped.

Mark Wahlberg was coming out of a Sports Authority in MA as I was going in. He set off the alarm and turned to ask an employee if he was OK to go. She said he was. PS he's kinda short.

I was driving with a friend in Palm Springs and in the car next to us was an old man sleeping in the passenger seat. I said, "wow that old man looks like Bob Hope!" And my friend looked and said, "That IS Bob Hope!"

Then the light turned green and we went our separate ways.

John Lennon walked next to me on 72nd St. His shoelaces were not tied.

I asked Winona Ryder where the bathroom was, and she very kindly said it was “down the hall."

When I was working at the Mobil station in Woodstock, NY, Ethan Hawke came in and bought a pack of Juicy Fruit. “.75 cents" i said. He gave me a 5 dollar bill. I gave him four dollars and 25 cents. He said “Thanks."

Ewan McGregor outside LAX with @rob_pearson86 : Rob: Ewan McGregor is behind you. Me, turning to face Ewan, 4 feet away: Oh yeah. Ewan's eyes: DON'T SAY A FUCKING WORD TO ME.

Not Ewan! We don't believe it!

One time Mi[la] Kunis tried to play with a dog I was walking when we were in line at a cafe, and I (not recognizing her at firs) said, “I’m actually trying to get her to calm down." She was very apologetic.

I passed Mila & Ashton on a hike with my dog. They said “she’s friendly" and I said “very" and then we all kept hiking.

I used an ATM shortly after Liv Tyler

Did she Liv up to expectations?

Sorry, we couldn't help ourselves.

I helped Stevie Wonder change the time zone on his phone

When I was working at the (now demolished) 3rd ave @Rickys_NYC near Gramercy in 2004, Uma Thurman came in and bought a toothbrush and hair conditioner. I got to cash her out, and she was beautiful and polite. I was hyperventilating because I love her so much!

one time i was sitting down scrolling on my phone and i heard someone say “Angela" and i looked up and realized Angela Bassett had been standing next to me for like 5 mins and i had no idea. then she left. #BoringCelebrityEncounter

Chatted with @CindyCrawford about how she’s actually from #DeKalb IL waiting for bathrooms, outside an event at @beverlyhilton in 1999...

I directed Judy Davis to the correct immigration line at the Vancouver airport.

And yes, it's that Jane Lynch.
Share this on Facebook with someone who has had a great celeb sighting!