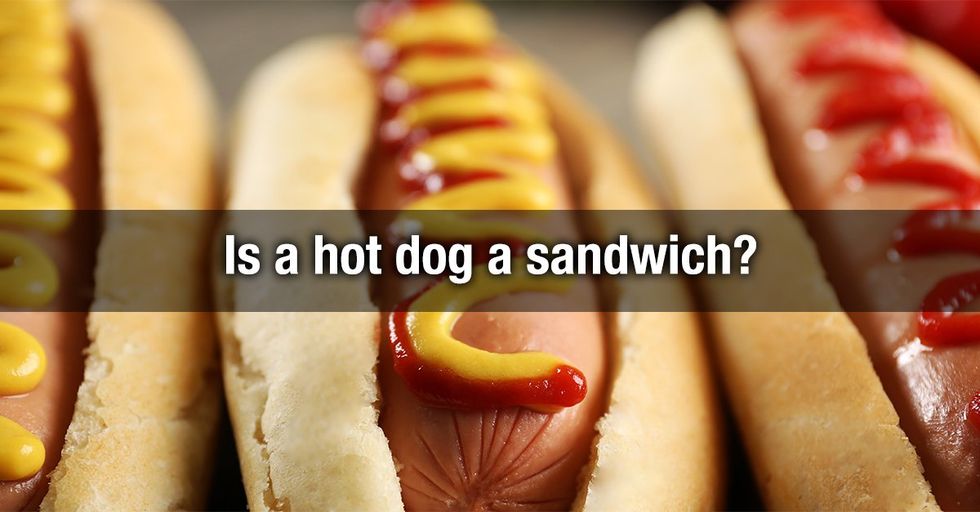 People Share the MOST Pointless Argument They've Been Passionately Involved In

Some arguments are worth getting into, but then there are those things that are so absolutely ridiculous that you wonder why you're wasting your breath debating them.

But yet, you can't help but put in your two cents and get in the last word. Need proof? Go to the people of Reddit, who never fail to find an argument in the most basic of things.

Grin and Bare It

Pots usually have two small handles located on opposite sides of the pot. Pans, on the other hand, tend to have just one long handle. But how deep is the shallowest pot?

I think we would all be okay with that, too.

But she kissed him to distract him, not because she found his evil ways attractive. She took one for the team.

Give Peas a Chance

Six of one, half dozen of the other. As long as there's hummus involved, all is right with the world.

It sounds like these two need a hobby, other than arguing, of course.

It's never good when you have to explain things with actual drawings. P.S. It's not June.

I guess we could go with "breakfast soup," but that would be stretching it a big. I'm going to say cereal is cereal, but who am I to judge?

There is no debate about this one. Case closed.

It's a galaxy, not a Dyson.

That's how you do it. If there is no common ground, you go to the experts.

Sandals are...sandals. As long as you don't wear socks with them, I think you're doing okay.

A Nugget of Knowledge

I think they should be less concerned with that debate and more concerned that they can get twenty McNuggets for only $5. Quality, not quantity.

Great. Now we're left wondering how big the kid's imaginary friend was and why he didn't stick up for her.

This is a question that has divided families and friends for years. Does setting a movie at Christmas time mean it's a Christmas movie?

Let There Be LIght

Yes, they can be used for light if you don't have any power. But everyone knows you burn them to make things smell all fancy.

So that's not a windshield in the back? I might argue against that one.

The answer is RIGHT THERE IN THE SONG! How was there any debate?

At least it was an intelligent discussion and not, you know, about the color of a bikini.

No Try. Only Argue.

You can bet the dialogue wouldn't exactly be that compelling. But who wouldn't like to see the dude in a romantic comedy?

There are two possibilities here — either the friend is a) high or b) seven years old.

I wonder if that's the reason that they broke up. Mayonnaise is tearing that family apart.

There is a certain order of operations when constructing the perfect taco. I say do both — the bottom and the top.

But then your body heat would turn the lizard warm again and the vicious cycle would continue. Leave the lizard alone, people.

Everyone clearly knows the green ones are the lucky M&M's.

You know how you see those fish just barreling through the huge snow piles? No, of course you don't. That's not what they mean by "ice fishing."

The mountain will always win. Well, not always, but most of the time.

It's technically (questionable) meat and condiments between bread, but yet...it's a hot dog. The jury is still out.