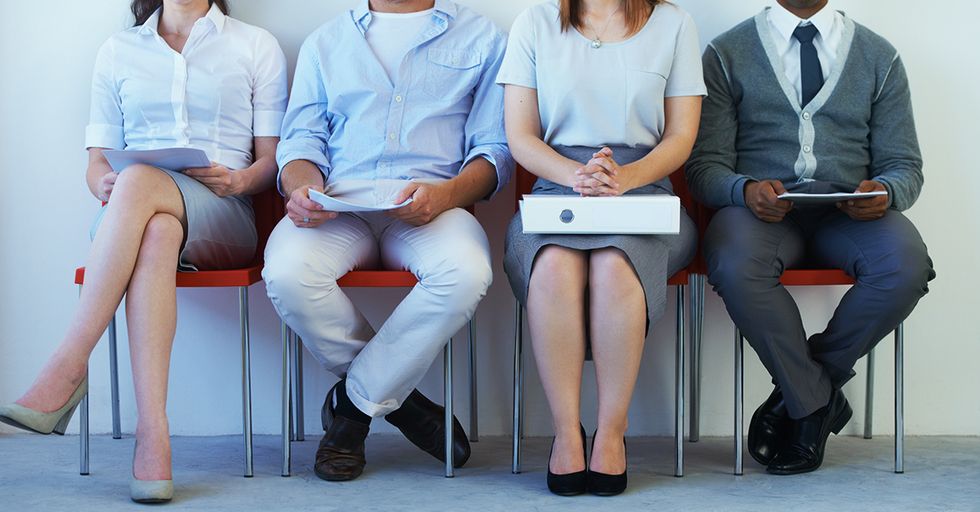 19 People Share Their the Weirdest Moments in Job Interviews

They're always awkward and clumsy and uncomfortable experiences, for the interviewer and interviewee alike.

Interviewers don't have to make these awkward encounters any worse than they normally are.

But sometimes, people do. People on Reddit are sharing the strangest questions they've ever gotten in a job interview, and man, they are weird. None of us would want to be caught in these crazy situations.

Them: "Why shouldn't we hire you?"

Me: "Because I care about my family more than my job, and if I have to choose between them and work, I'll choose them."

I got the job. –AgileCzar

I was going for my first job change as I was sick of working in fast food and thought a liquor store would be a good option.

In the interview, I was asked to tell a story, and the interviewer said: "It doesn't have to be related to the job or anything, just tell me a story that you find interesting."

That is NOT something I prepared for in the slightest.

Didn't get the job –MintberryCruuuunch

“So tell me, why did you choose to wear those shoes today?"

The next one is baffling beyond belief.

It wasn’t a single question so much as it was their method of deep follow-up questions that eventually got to a point to where they basically asked me why I’m alive.

Not as a “What’s your motivation in life" sort of way, but in a “Why do you exist, human?" way.

I repeated to them “You’re asking me why I’m alive?"

And they took a short pause to realize where their follow up questions took them and replied “Yes."

I’ve never had anyone question my existence before.

So... I recently had an “email interview" before I had to attend a 2nd in-person interview. No big deal.

It was a list of ten questions. I answered them. Double checked my work. Submitted.

When I got to the in-person interview, dude laughed at me and asked how I had such “attention to detail" when I’d only answered half of the questions.

I just sat there stupefied until I asked him if the rest of my email was on the back of his paper.

It was. He had printed double sided and not even checked.

But the hardest part of answering was my own stammering and trying not to call him out for his own mistake. –shakespearestark

I had progressed to the final round of interviews, and it was the boss's task to interview the final candidates. The first question was how many beers I could handle. It was an interview for an office job, and the question had zero relevance to neither position nor industry. I really wanted the job, but it was clear that the guy had zero interest in the whole interview process. I just replied that he'd have to wait until the office Christmas party to find out. I got the job. –vesparia

"You're in Boston but not in the USA. How can this be?"

I said, "There's a Boston in England."

The correct answer was it's before the American Revolution.

Why do you love us?

Had this during an interview last month.

"Why caught your eye about our company?"

"The email you sent me asking if I wanted to come in for an interview after you contacted me with a 6-year-old version of my resume off Monster." –1kSuns

The next one is a truly impossible hypothetical...

"You've suddenly been shrunk down to the size of a quarter and dropped into a blender.

—Sing in a really high opera voice and shatter the blender's glass, of course! –sm0kemonster815

“[YesterdayWasAwesome], one day your parents are going to die. After you bury them, you will never talk to them again.

They’re gone forever. You will have to look in the mirror and ask yourself ‘was I a good son to my parents?’ Well, YesterdayWasAwesome, are you a good son?"

This was for a post-law school/pre-bar exam results interview with a judge.

Needless to say, I didn’t take that job. –YesterdayWasAwesome

It was a lunch interview, and at the end, the manager asked:

"Who was our server today?"

I had zero idea because I was more focused on hearing the specials than her name. Must have made me look like a snob though because I didn't get the job. –laterdude

"If you had an important deadline and your child was also very sick, which would you attend to first? Come into work for the deadline or tend to your child?"

I almost did not take the job once they offered it to me because this question bothered me. –SassyKlein

It was a tough question.

Sorry I didn't fully answer. I told them off the bat that it was an intriguing question and that honestly I give 100% in my projects and I hate presenting things that I don't feel are up to my standards. –Sheepishly_Ragtag

The next one is tricky just to be tricky.

Fire in the building

"In the event of a fire in the building is your first priority to pull the alarm, or call 911."

Caught me off guard, and said 'pull the alarm.'

The correct answer was 'both'... –WeirdWolfGuy

What is your worst quality?

I told them I wasn't a good team player and greatly prefer to work alone.

I also said I knew it wasn't a good quality to have in that environment, but it was something I was actively working on fixing.

Edit: I did get the job. –BobADemon

I got asked to sell them a pen the interviewer pulled out of her jacket. I had watched “The Wolf of Wall Street" three times already, and after what they explained to me previously I wasn’t interested in the job anymore so pretty much re-enacted the scene. Still got the job. –RepsForHarambe92

A friend of mine got the question: "what is your biggest character flaw that would make us not want to hire you?"

He told me he answered: "I'm so arrogant I honestly can't think of another flaw that would make you not wanna hire me." –NeDragons

I was interviewing to work at a treatment center for youth recovering from addiction and eating disorders.

Question: If we asked you to do something you felt was morally wrong, would you trust that we are more skilled and understand the situation better and do it anyway?

Answer: I don't think I could in good conscience do something I felt was wrong regardless of the situation

I didn't get the job. They were shut down a year later. –lolturtle