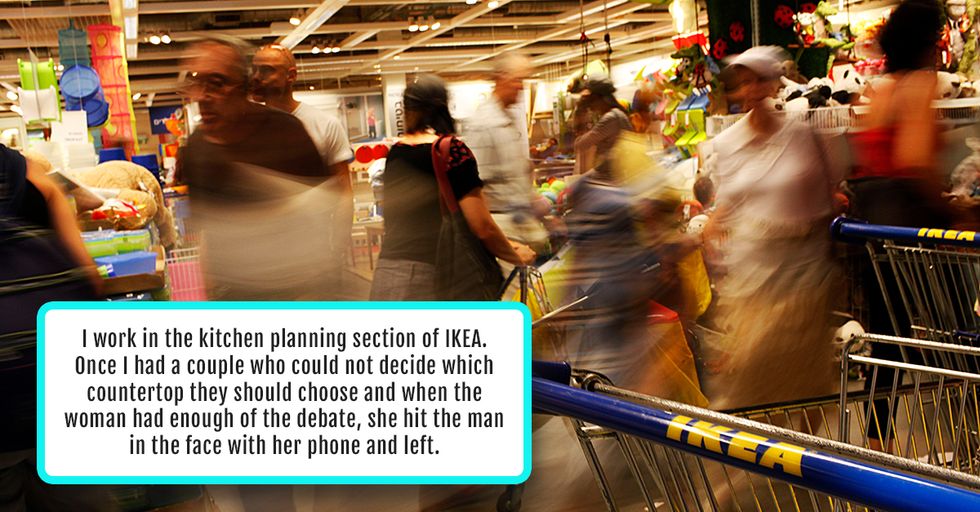 There's something about IKEA that makes it a truly mysterious place.

All of the stuff is relatively stylish and super cheap, which makes it wonderful. But you have to build it yourself and it's a literal maze to walk through, which makes even the most successful IKEA trip at least somewhat stressful.

Somehow, IKEA stores seem to have the uncanny ability to bring out the worst in people.

Thanks to a recent AskReddit thread, we've compiled 20 stories of the wildest things people have seen while shopping at IKEA.

Maybe it's something in the meatballs.