19 People Share the Most Unpopular Opinion They Have | 22 Words 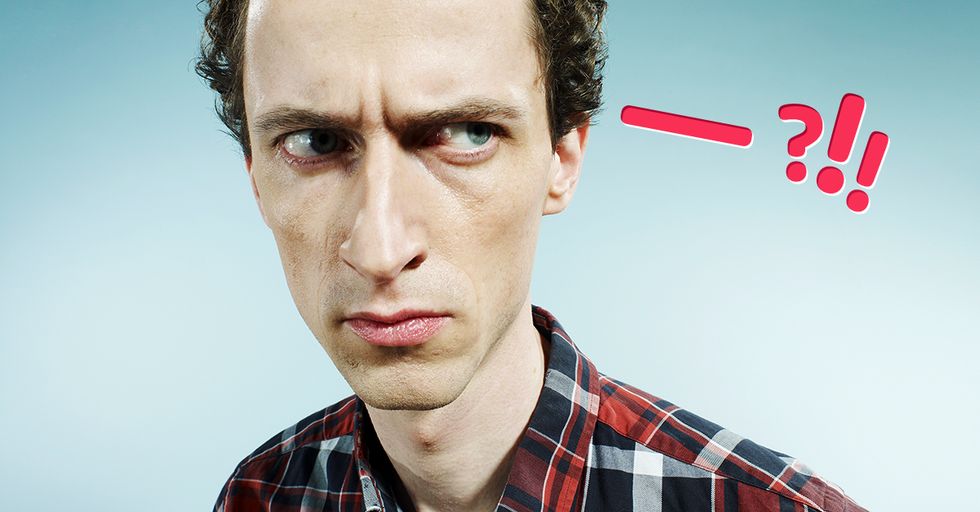 Do you have unpopular opinions?

Probably my most deeply held unpopular opinion is that summer is garbage, the heat is my enemy, and winter is so much better.

It's just what I believe. Comedian Eliza Skinner has some unpopular opinions of her own, and she wanted the people of Twitter to share theirs with abandon.

Skinner started it off, writing, "Here's one of mine: Falling Slowly is a bad song. It is a musical wet diaper." I happen to agree. Let's see about these next ones.

Yasssss! Concerts always seem like a good idea until you're waiting for a shuttle back to the parking lot at midnight and you can't feel your feet because you've been standing all night. Listen. To. Music. At. Home.

Oh no! I love straws too, but I love the environment more. That's why I've switched to stainless steel straws! It's possible to keep your addiction to those suckers (get it?) alive and still help the planet.

OK, this I just don't understand. Pockets in dresses are the greatest invention ever. NEXT.

Yeah, I'm going to have to disagree with this one. Wholeheartedly. The next one is sure to stir the pot.

Those are some fighting words. Do you love Frozen? I suggest you don't get involved in this argument. Just let it go.

I feel so bad for this person. She is missing out on so much joy and deliciousness.

I think generations of movie makers and movie goers and comic book readers and writers would disagree with this person. Oh well.

Ugh, but I love the smell of pine trees! It's so comforting and cozy! Also, where else are pine trees beside in your house on Christmas and in forests?!

So many people I know think Dunkin's coffee is a watery mess, but I also know many people who swear by it. It's a matter of taste and upbringing, I think. The next one, well, let's just say you'll probably disagree.

Pretty much everyone is bonkers for avocado, so this is a controversial statement. Me personally? I get it. I like avocado, but there's definitely such a thing as too much of the green stuff.

This person should be arrested. And thrown in prison for life. End of story.

This is ridiculous. Everyone loves Harry Potter. This seems like a case of someone not reading it or watching the movies at the right stage of life.

All sushi sucks?! That's a pretty blanket statement. There are so many different kinds of sushi. You can't possibly hate all of them.

I am partially with this person. Raisins are not "good," but they are acceptable in oatmeal cookies. It's pushing it to say that oatmeal cookies are better than chocolate chip, though. The next one I totally get.

Walking on the beach

If you put "long walks on the beach" in your dating profile, that's an automatic "ughhhh no" from me! Sand everywhere! No thank you!

OK now hold up. I will admit that I am not a huge fan of Beyoncé's music. It's just not my genre. But the woman is a force. She's larger than life. She's incredibly talented, and I feel like this person is just trying to get a rise out of people. Because come on. She's Beyoncé.

Who hurt this person? Pie is the hug of desserts. It's perfect and comforting in every way. There are also so many types of pie! You can't categorically dismiss all pie.

Boneless wings take all the fun out of eating wings! But I will say, if you're on a first date or something, boneless is the way to go.

Well, we finally found a total sociopath. It was only a matter of time. Share this with someone who has an unpopular opinion of their own!