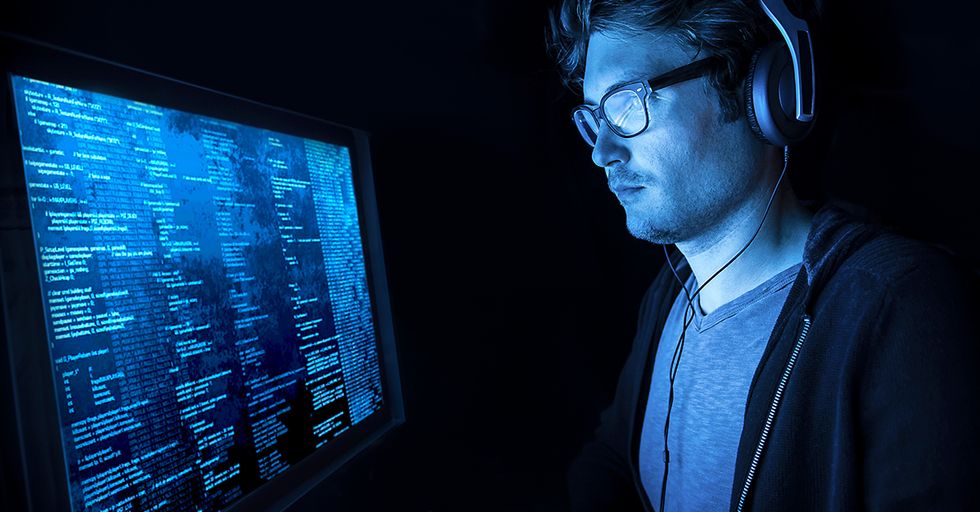 Stock photos are often strange. They depict situations we all encounter in real life, but more often than not, they miss the mark.

Especially when it comes to jobs that are hard to explain in a picture.

Some brilliant mind started the #BadStockPhotosOfMyJob hashtag with gloriously hilarious results. Let's take a look at 19 of the best ones.

It's really hard to tell if the hard drives are working if there are no hard drives. That's not IT. That's just common sense.

Look, maybe this isn't a scientist. Maybe this just a regular person who thinks those plates are really pretty. I get it.

Man, if only more teachers in high school did this. It would have been way more fun.

This is just ridiculous. That's not how stethoscopes...or nurses...or human beings work. The next one is truly absurd...

Just like all designers, this guy sits and sips his coffee while looking at paint samples. This is pretty much all he does all day.

When someone says they're a "business analyst," this is pretty much what I picture. Just a whole lot of nonsense.

Well, I mean, how else are you going to tell if someone has sufficient reflexes? If they don't move out of the way when you smack them in your face, then you know.

Just call me, the printer doctor! I listen to printers with stethoscopes because I think they have hearts, like human hearts that can feel.

This is like Moses parting the red sea, only it's a businessman and his mountain of paperwork. Cool cool. The next one is so weird but you don't really realize it until you look closely...

Why are there so many pictures of people writing on paper while typing on the computer at the same time? Have you ever done that? Yeah, didn't think so.

Honestly, this is just lazy. This guy isn't even burping words! He's just burping random letters. That's not what linguists do.

Truly this is an accurate depiction of almost any woman doing almost any job. The look on her face says it all.

Yeah, this seems like a bad idea. A really bad idea. The next one is just totally illogical...

In no world does a graphic designer draw designs by hand after they're already on the computer. Think about how illogical that is.

This tree in a test tube

Your travel agent doesn't have you listen to seashells and feel up coconuts to decide your perfect vacation getaway? Huh, weird.

This is a terrible picture if you're looking for a picture of what a marine biologist does, but it's actually really accurate if you're a salmon steak examiner. That's a job, right?

That thumbs up is going to turn into a thumbs down real fast when he gets electrocuted by sticking that screwdriver in the wall all willy-nilly. Share this with someone with a complicated job!