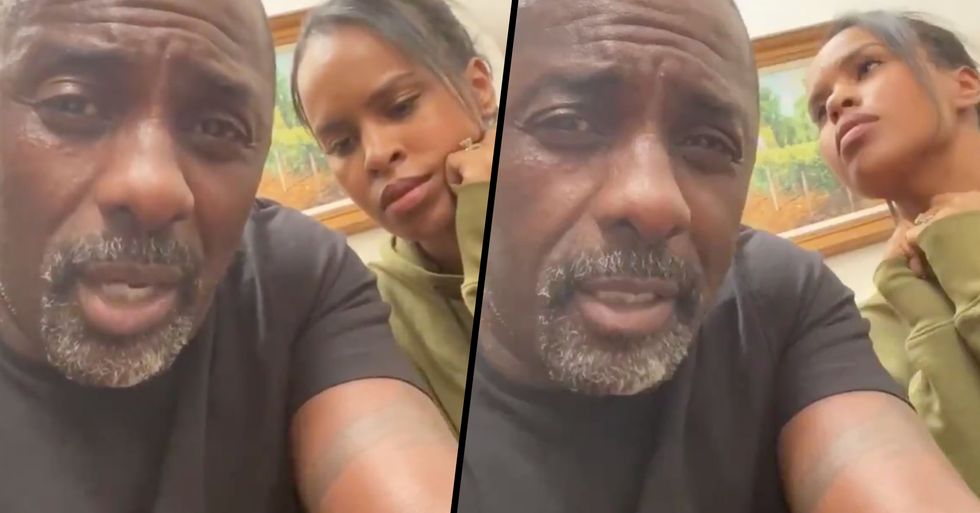 Yesterday, Idris Elba became the latest celebrity to confirm that he has been infected with the deadly coronavirus.

The actor made his announcement through a video on his Twitter page, but now, fans are noticing a worrying detail...

But his actions may have been too late.

Despite all the sanctions and travel bans, 185,372 people globally have so far been infected with the virus. And, devastatingly, a staggering 7,331 more have been reported to have died from the illness.

The virus is notoriously easy to catch...

And it isn't making any exceptions. People of all races, ages, and social classes are reportedly being infected with the virus, and the rich and famous certainly aren't any exceptions.

Several celebrities have now been infected with the virus.

Hollywood legend, Tom Hanks, was one of the first famous faces to announce that he had tested positive for COVID-19. About he and his wife's diagnosis, he explained via Instagram, "We felt a bit tired like we had colds, and some body aches... To play things right, as is needed in the world right now, we were tested for the Coronavirus, and were found to be positive."

And, following on from Hanks' shock announcement, another famous face has announced their diagnosis.

British actor and D.J. Idris Elba, has become the latest celebrity to be infected with COVID-19.

Last night, Idris took to Twitter to announce his diagnosis.

In a video, where he was accompanied by his wife, Sabrina, Idris explained how he had actually experienced no symptoms. “I had no symptoms, but I got tested because I realized I was exposed to someone who had also tested positive."

And, sadly, his hunch was correct.

He took his diagnosis as an opportunity to remind his followers to be cautious...

"This is serious. Now's the time to really think about social distancing, washing your hands and, beyond that, there are people out there who aren't showing symptoms, and that can easily spread it."

And urged people to stick together.

And, most importantly, he doesn't want people to panic.

You can watch his full announcement here.

His wife Sabrina, who hasn't been diagnosed with the virus, remained close by his side throughout the video, therefore putting herself at risk of catching the illness herself.

But, if Idris Elba was my husband...

I wouldn't be leaving his side either. Obviously.

But maybe it isn't too dangerous for Sabrina...

Many people have been encouraged to self-isolate as a household, unless a family member suffers from an existing health condition.

And, considering that Sabrina is in full health...

Her chances of developing any major illnesses or side effects from the virus are slim.

We wish Idris a speedy recovery!