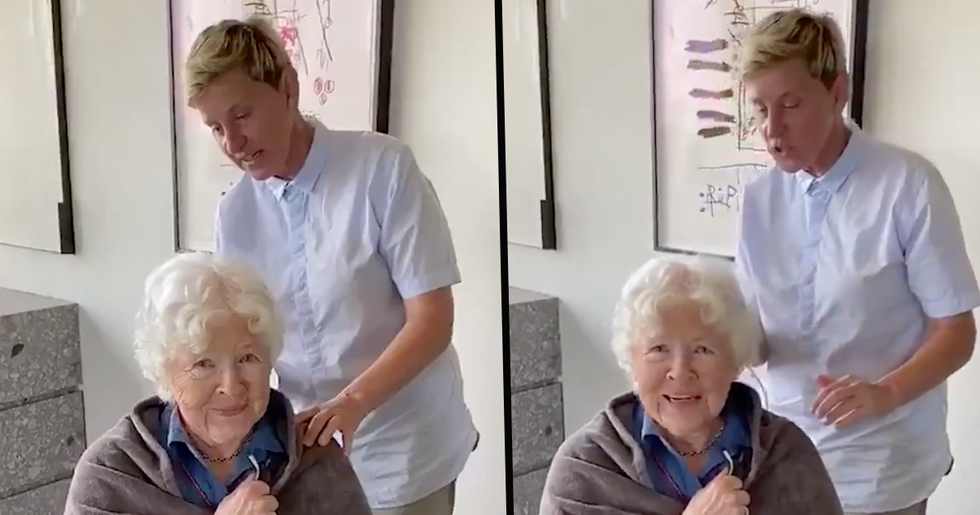 Rumors about the true nature of the seemingly warm and bubbly Ellen DeGeneres have been circulating the internet for years... Recently, a clip showing an on-air breakdown from The Ellen Show has resurfaced, and people are convinced that it shows "who she really is."

And Ellen's latest social media move has really got people talking - for all the wrong reasons.

In an unaired clip, which Ellen asked to be edited out, she hysterically raged on camera about an animal welfare organization that had removed one of their dogs from Ellen's friends after she illegally passed him over.

Ellen tried to use her platform to take down a small charitable cause.

Which we can all agree is just not cool.

And now Ellen is in hot water again.

She posted a video on Twitter of her cutting her mom's hair - but viewers could only focus on one thing.

The super-weird artwork behind her!

Many commented on the controversial piece.

To some, it was just confusing.

It can hardly be called pleasing to the eye.

Others were more conspiracy-minded.

Either way, it's got the whole internet talking.

Want more Ellen controversy? Scroll on for all the details on her problematic relationship with George Bush.