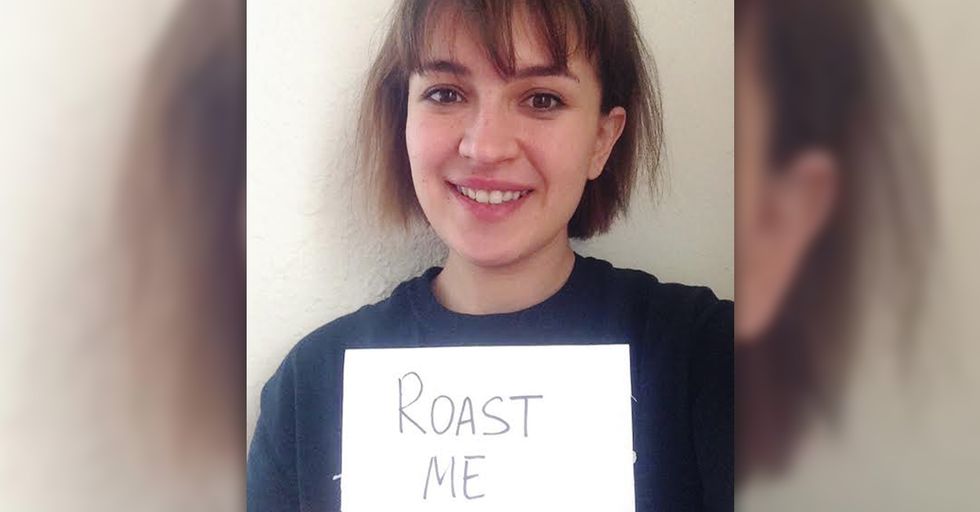 Ah, insults – they are the bread and butter America was founded on. Ever since the very first Americans crossed the Bering Strait and saw the land that would eventually become the US of A, Americans have been insulting each other. Insults are practically in our DNA, which may explain why people keep asking others to roast them on reddit.

Here are a few who got exactly what they asked for.

r/RoastMe - 16y/o currently studying for my psych test in 30 minutes, roast me from RoastMe

This 16-year-old student was studying for her psych exam, and needed some much needed cheer. And by cheer, we mean a solid roasting.

The internet, of course, delivered, with one Redditor pointing out that she didn't need to study for the exam, as the psychologists were going to be examining her. Ouch...

We're not sure what "privet" means, but we're assuming it means hello in Russian? In any event, this Russian roastee should've known what she was getting into when she asked to be roasted.

Honestly, this roast is a bit lazy. A Russian woman as a mail order bride? C'mon...

Then one roaster went a step further and asked whether our roastee had never seen a brush and comb before. Much better, we must say. But that wasn't all...

This roastee thought he was cool. Here he is, half smirk and finger cocked thinking the internet wasn't gonna let him have it. Boy was he wrong.

We can honestly say we've never seen a roast like this before. It's so visceral, so harsh. Wow, what a burn, but the internet, of course, wasn't done yet.

Really? Who did this?

We have never seen this particular insult before. The combined creativity and crudity of it is astoundingly vulgar. Good job, roaster, good job...

5. When you ask for a roast and the internet delivers

This roastee asked to be roasted like the cavemen did their meat. She obviously didn't know what she was asking for.

We are flabbergasted by the skill of this roast. The elegance, the simplicity, the incisiveness of the insult — all without resorting to vulgarity! Well done, roaster, well done...

This high school pair thought they were invincible. They thought they couldn't be roasted. The internet proved them wrong.

After all, why roast potatoes when you can bake them? It's a pertinent question. But the internet wasn't done yet.

Another roastee wondered about the fate of the teletubbies. Honestly, we don't know what happened to them either.

This roastee laid out all the facts - her age, her employment. And it all amounted to one big bore, as one particularly incisive roaster pointed out.

An upside down cat bed? We thought it was a fur hat!

The jokes did not end there, however. Many people thought she had a remarkable appearance. And by remarkable, we mean insane.

8. Don't hold back from what, exactly?

Roastee Prophet5050 declared he couldn't hold a sign straight. He also asked redditers not to hold back when they came for him. They did, however. Why?

Because everyone noticed he had a marked resemblance to a certain someone – that someone being notorious serial killer Jeffrey Dahmer.