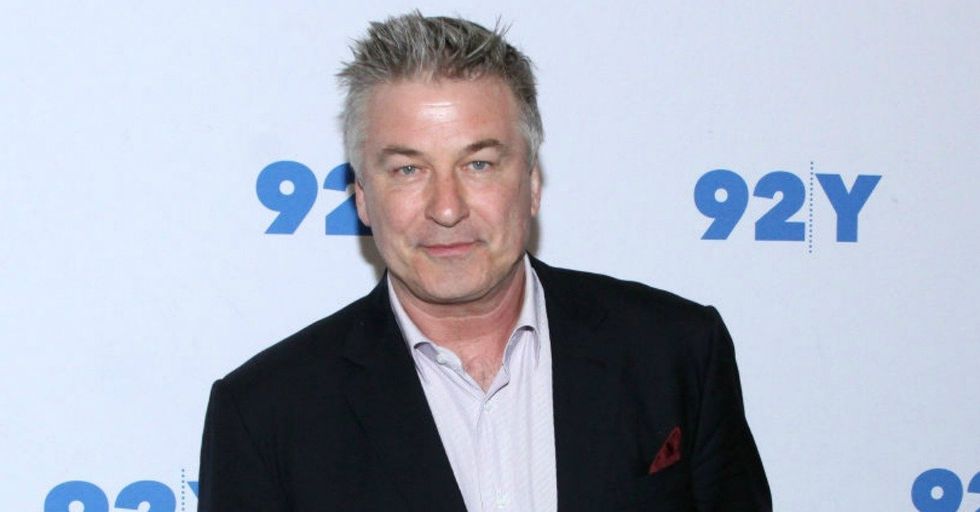 They saw that everyone has a twin — a doppelgänger, if you will, even though I detest that word. And celebrities aren't immune from that either. Every day you can find a story somewhere about how an average person on the street gets mistaken for Angelina Jolie or Taylor Swift.

However, it's not often that celebrities get mistaken for one another.

That reality stands to reason when one presumes that actors and other celebs make their living off their likeness more than anything else. If another person shares it, then THEIR likeness is a little less special.

Still, that's not to say that resemblances among celebs don't happen SOMETIMES.

Similarities are out there enough that people tend to confuse one celeb with another.

But among A-listers? Not so much. They tend to occupy their own visual space for the reasons we just explained.

However, there is one good reason that two HUGE celebs could look the same.

The answer will be obvious enough shortly, but you might have figured it out by now. It has to do with timing, if that helps at all.

Well, it could certainly be the case if they happened to like each other at different stages of their lives.

Which is exactly what people are just now realizing about two of the biggest stars Hollywood's seen in the past few decades.

While most people in recent memory probably know him for his amazing Trump impression, he actually has a very long and impressive resume. Baldwin's first acting role was as Billy Aldrich in the NBC daytime soap opera The Doctors from 1980 to 1982 before going on to more television and movie work throughout the years.

But it turns out that a young Baldwin looks like a current celebrity heartthrob — Ryan Gosling.

Can you see the resemblance? If I hadn't told you who we were talking about, would you have known that was Alec Baldwin?

Here they are side-by-side.

TWINNING! If you couldn't see it before, you have to see it now. And if you were crushing on Ryan up until this comparison, you're probably feeling a little confused by the fact that Alec Baldwin used to be kind of hot.

Did you pick up on the resemblance before?

Granted, when you were watching young Alec Baldwin, you didn't know Ryan Gosling even existed. And chances are, when you've been watching Gosling recently, your mind hasn't exactly raced back 30 years to young Alec Baldwin. The side-by-side speaks volumes, though.

But here we are with glasses.

Somewhere Ryan is quietly whispering, "Dad? Is that you?" Is it the glasses that are doing it? Find out on the next page.

These guys are the spitting image of one another whether they're rocking the Clark Kent look or the Superman look. So...if it's not glasses that seal the deal...then what is it? The sleepy eyes? The jaw? Their hair?

According to this mash-up, it's...all of it. Alec Gosling, anyone?

I have some questions, such as: Do they know this? Is this what Ryan is going to look like when he's a little older? How have I never noticed this before? If nothing else, I think I see a Saturday Night Live skit in the future.

Long after the revelation, people are still flipping out about HOW similar the seemingly unrelated duo looks.

It certainly does deserve a tweet. It also deserves a second glance to ascertain if this similarity goes beyond your standard "coincidence" and into the realm of something more manufactured or intentional. Ok, not really, but it IS almost too hard to believe that these guys aren't related.

The Internet being what it is, about two seconds passed before someone tried to turn their looks into a competition.

Puh-lease. There's no need to debate their hotnesses. They're both knockouts from different periods of times. It's like asking if the present-day Yankees can beat the Babe Ruth-era Yankees. It's impractical, and there's just no point. But that definitely doesn't mean that people still won't do it.

If this IS going to be a contest (whether we want it to be or not), we're only doing our journalistic duty by asking one question.

Young Baldwin vs. Current-day Gosling.... WHO YA GOT? Is there one that blows your hair back or your skirt up more than the other? Everyone's entitled to their opinion on the matter. Let's just keep it civil, shall we?