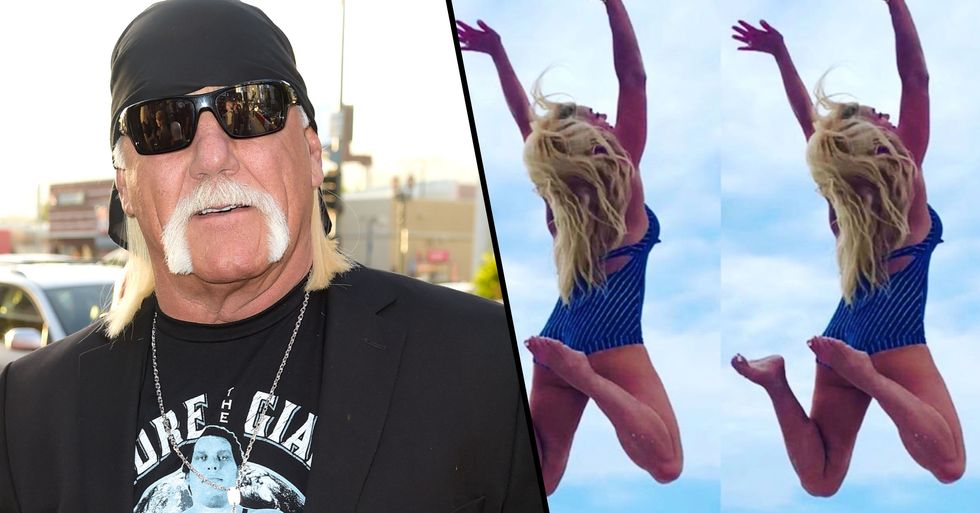 It seems as though not everyone in America is on the same page when it comes to respecting the social distancing measures put in place, even some of those in power. But what they don't realize is their careless actions are only going to put more people in danger.

One of those people is none other than WWE legend, Hulk Hogan, who posted a very "controversial" photograph of his wife on his Instagram. But this story has a major plot twist...

Keep scrolling to see the photograph in question.

What part of "social-distancing" are people not understanding?

Leaders all around the world have decided to implement these lockdown conditions for a reason.

If things weren't bad enough in this country...

People have been deliberately going out of their way to make the lives of our medical workers and other vulnerable people in our society even more difficult.

But as more and more public places open prematurely, we're fearing the worst.

Recent images from the white-sand beach showed spring breakers enjoying the sun while the rest of us are tucked away at home, as we should be.

Nothing is stopping these selfish people.

While some officials sare proposing stricter fines or further measures to cordon off these public areas, it doesn't seem to be working.

And it makes it worse that celebrities are "promoting" this kind of disruptive behavior.

A few days ago, WWE legend Hulk Hogan and his wife decided to head to the beach in order to enjoy some sand and sea.

You may know Hogan as being one of the professional wrestling's best-loved characters...

But he has done a good job at tarnishing his legacy, let me tell you. However, this scandal might not be everything it's painted out to be...

People accused Hogan of sharing pictures that made him guilty of "disobeying the rules."

His caption was confusing as hell and gave the impression that some of these A-list celebrities really don't understand the severity of the current medical crisis.

And of course, social media users were less than impressed.

The viral photograph drew some very negative attention to all of his platforms.

This user used his signature "brother" phrase to say this:

@HulkHogan Back on the beach brother, killing others by carrying the Covid and giving it to elderly citizens
— Mike Forti (@Mike Forti)1587223328.0

"Back on the beach brother, killing others by carrying the Covid and giving it to elderly citizens."

Florida does seem to be the main source of the problem right now.

While others took a different approach...

Can you feel the sarcasm radiating from this response?

Some people even went as far as unfollowing him...

Hogan is no stranger to scandals...

From fans uncovering his disgusting and racist comments to his backward attitude towards women, this man really knows no boundaries. However, this time, the public was mistaken.

As this user pointed out... He actually owns that beach.

That's right, Hogan is wealthy enough to own that land so it's private and no one else is on it.

And due to all the backlash, he later tweeted this...

Directing it at all the "haters."

So it's okay guys, turn your anger to the spring breakers...

They're the ones doing the real harm out here.

Here's a look at the photograph:

If you want me to give you another reason why you should respect the rules and stay home...

Read on to hear the heartbreaking story of one woman who lost her entire family due to the virus...