35 People Who Tried to DIY But Failed Miserably | 22 Words 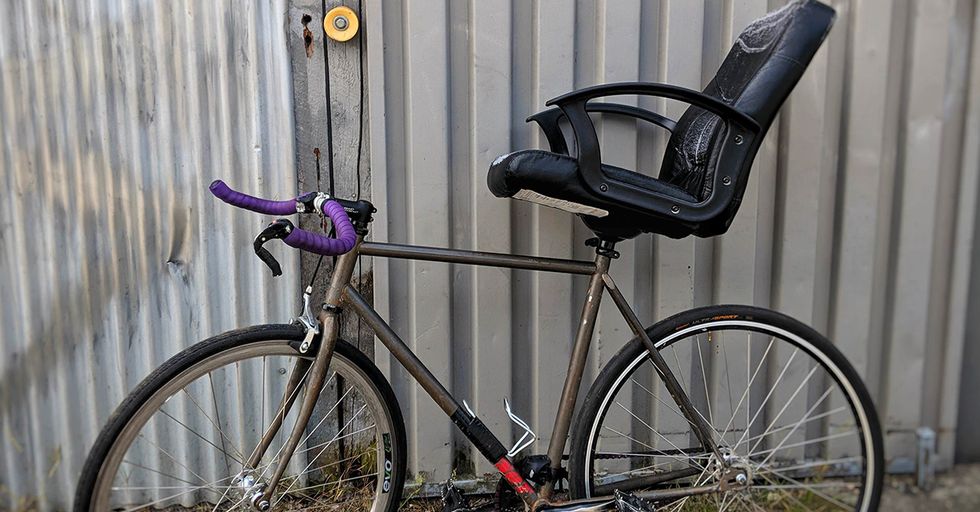 35 People Who Tried to DIY But Failed Miserably

Remember that quote in Jurassic Park, "Your scientists were so preoccupied with whether or not they could, they didn't stop to think if they should?"

That quote was about creating dinosaurs from the DNA from a mosquito trapped in amber, but that doesn't mean it applies any less to the people in this post.

DIY isn't everyone's forte; not everyone has to be a Pinterest whiz.

But these people are particularly bad at it. Some of them are so bad at it, it comes back around and becomes good again. Enjoy.

When the neighborhood kids have smashed your mailbox one too many times.

Why bother buying a new one when you already have a perfectly good tub of kitty litter?

Be warned: this is a cursed image.

Anyone need a stretched limo pick up?

Perfect for when you need a classy ride to prom, but also, if you're in charge of bringing all the decorations.

I can't stop laughing at this. It's just so tiny.

Sometimes you need a gate but all you have is a door.

But these people did not let that stop them.

When you don't live in the tropics, but you love that tropical look.

It's barely even noticeable! Unless you look at it.

Why are there so many fingers? I hate this.

Why have we all been riding around on bike seats like peasants?

This is truly the bike of kings.

Just because you have a lot of rain boots doesn't mean you need to build a dog out of them.

But it doesn't mean you can't.

The "open-concept" craze has gone too far.

Why pee alone when you can do it front of your whole family?

That will hold it up, right?

Strangely enough, those beams actually did hold this building up until it could be demolished slowly. This happened after an earthquake.

But, why? I have so many questions.

These window reflections are painted on.

When you want that low afternoon light but don't have windows? Honestly, there isn't really a good explanation for this.

This DIY hack for cooking SPAM in a dorm room seems about right.

This is actually very impressive.

But does it float?

If it works, it works.

What, you're using Vaseline that isn't encrusted in crystals?

Old meets new in this situation.

At least they seem to work? But maybe they should have put some rails on the back, too?

But also it seems like it might be cheaper to just use a portable AC than running your car all day.

Collects mail and cooks a baked potato in 10 minutes.

Does that corkscrew work, because that could be pretty helpful in a pinch.

This is perfect if your kink is assembling furniture.

Burn it. It's cursed.

These pretzels dipped in white chocolate are a Pinterest project you can probably go ahead and skip.

The snack that will make you say, "Oh, I'm actually not that hungry."

Fifteen dollars for these signs!

Wow, this looks straight out of the TJ Maxx art aisle.

WHY WOULD YOU DO THIS?

But who has time to get real scaffolding?

This care is completely covered in outdoor carpet.

They did a really good job but why did they do it?

This cannot be safe.

Also, how are they going to drain that water?

A DIY project that sounds like a good idea until you realize how hard it will be to clean those shells.

Help us, we have been cursed by a witch to live in this toilet seat as teddy bears forever.

This is a perfect coffee table if you never plan on using it for drinking coffee.

But at least it looks durable.

Why pay for an addition when you have a perfectly good van just sitting there?