People Who Backpedaled Themselves Straight into a Corner | 22 Words 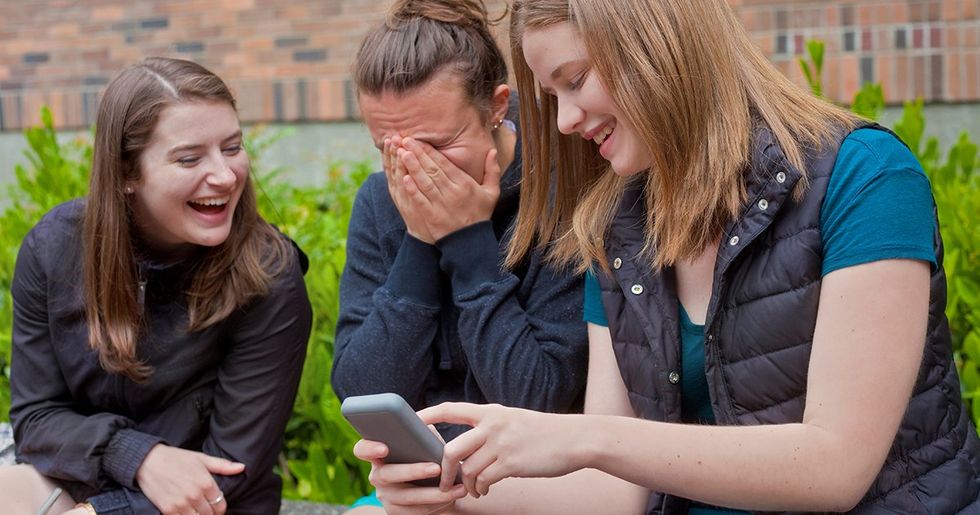 People Who Backpedaled Themselves Straight into a Corner

Everybody makes mistakes. There's not a single person on this planet who has gotten through life without messing up at some point, whether that mistake was big or small. It happens!

The best thing to do when you make a mistake is to own up to it, try to fix it, and try to do better in the future. It doesn't matter what the mistake is. This response works every time (although it won't necessarily let you skip the step of experiencing the consequences of your mistake).

The worst thing to do when you make a mistake is to deny ever having made it in the first place, and then double down and insist that a) it wasn't actually a mistake at all, b) your friend is the one who actually made the mistake or c) You just made this mistake on a dare.

The people in these photos are really good at messing up...and not so good at recovering gracefully.

Oop! I posted my entire workout!

This was definitely a mistake and not a cry for attention, but if you want to compliment me on how strong I am, I certainly will not stop you!

Maybe he means "I am the wrong person to be contacting you." In that case, he's right!

Oops! I took this photo!

So you accidentally faced a mirror while holding your phone and took a picture? OK. Sure.

Oops! I accidentally ordered only salt.

And just happened to take a picture of every step of the entire process. I always do that. You never know when something funny is going to happen while you're ordering food.

Oops! It was my sister!

I'm going to start using this "it was my sister" excuse. Even for mistakes I make in person. "Oops, my sister and I share a body. She's super dumb, though."

Oops! I bought all this face cream!

Oops! That was my friend.

See, my friend doesn't understand very basic puns and tends to overreact to them. Also, my friend takes my phone all the time.

Oops! I'm trying to recruit you!

Man, at least try to pull this maneuver off with two separate messages. You can't say it was a mistake and try to recruit someone at the same time.

Oops! I led a parade!

Just...take a picture and post it! You don't have to create a whole backstory. This is the Internet. People post pictures all the time.

Oops! I tried to guilt you into letting me keep the money I owe you!

I don't want to tell you how to live your life, but if a video game preorder is leaving you with $0 in your bank account, you might not be able to afford that video game.

Oops! I shared my political opinions!

Again...just...take the picture. You don't have to pretend it was an accident. Nobody cares.

Oops! I sent you an inappropriate picture!

Definitely don't open it. Unless you want to. But don't. But do?

Oops! I asked you to send nudes!

This is the best tactic for handling an "accidental" request like this one. I'm going to keep this in mind.

Oops! I sent you a message. Three times.

I call this one the hat trick. I can almost believe the first message was an accident, but the second and third? No way.

Oops! My sister got my phone (again)!

Come on. This wasn't an accident. You know it. I know it. Everyone knows it. Just wear the suits and have a good prom and stop trying to invent this whole weird narrative.

Oops! I asked you out!

It was a dare...but do you actually want to go with me? You don't? HAHAHAHA good thing it was just a dare lololololol!

Oops! I thought I was blocked!

If you think someone has blocked you, here's a tip: Don't try to send them a message. It accomplishes literally nothing.

You also "accidentally" failed the assignment because you didn't complete it properly. Can't wait to see your Facebook status about that.

Oops! I accidentally wrote in a fictional language!

Knowing a fictional language well enough to write your grocery list using it is cool. Lying about it on the Internet? Not so much.

You know something is a joke when the person saying it announces that it was a joke. Twice.

Oops! I took a picture of my butt!

And, rather than taking another picture that doesn't showcase my behind, I posted this one. It makes perfect sense, doesn't it?

Oops! I took some selfies!

If you're not applying for scholarships with the camera on your laptop on, you're obviously doing it wrong. Or maybe you're doing it correctly. I don't know anymore.

...And my elbow. The number of highly improbable things that had to happen in order for that message to be sent to you definitely happened! Isn't that incredible?

Oops! My husband accidentally took a lot of pictures!

If this is the kind of photo your husband can take by total accident, he should consider a career in photography.

Oops! I turned my hair into a rainbow!

Are people just lying about their prom looks now? Is that what we're doing? Seems weird, but OK!

Oops! I bought a car!

I've bought a car before. It took hours. It is not something one does by accident.

Oops! I posted a nude on Snapchat!

And rather than deleting it, I left it up and then tweeted about it! Oops! I'm so clumsy! Share this with someone who loves laughing at other people's fails.