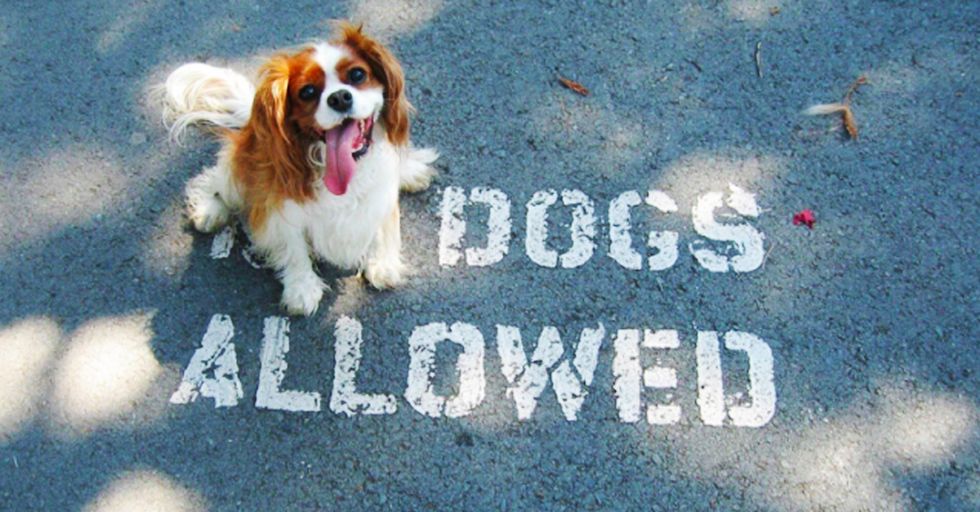 19 People Who Clearly Give Zero F*cks

Some people just like to throw the world into chaos.

They give zero f*cks.

The next pages are filled with anarchists. Some are admirable. All are hilarious.

Well, that didn't work out. But something tells me the people who wrote this sign knew that this would happen.

Honestly, this beautiful pup is just rectifying a terrible position. Dogs should be allowed everywhere, always.

This ship who's claiming her space

No parking in this area, huh? You tell that to this beautiful beast. She's going to park her keister wherever she sees fit.

Putting a sign there just makes people want to loiter even more! Come on people. The next one is truly unnerving...

Wait? Are there right and left socks? Have there been this whole time? I've been living my life all wrong.

This cane that mocks you

Sure, this cat is somewhere where it's not supposed to be. But aren't all cats doing this, like, always?

Well, that diploma's definitely bent. But...why can't you bend a diploma? Does it negate it somehow? The next one legit made me laugh out loud...

It says the name of the character can't be changed later. This person proved them wrong.

This pup is looking into the camera like, "What reason could you possibly have for taking a picture of me while I'm pooping?"

When someone tells you you're trapped, that you can't leave the fourth floor, that's only more motivation to see the world. Good for this stapler.

That is so far from the edge of the table it's not even funny. OK, it's actually pretty funny.

These guys...and their truck

"Um, excuse me, this isn't accurate. One of you has to get out." "But we're on a bridge." "Yeah, sorry. We gotta stay accurate." The next one is my favorite thing ever...

I love this so much I cannot put it into words. Do not ask a girl to prom over Snapchat. Just don't.

It's great that you agree with the sentiment, it's just...the way you expressed that was...um...wrong.

This is so badass. That's it. That's all I got for this one.

This other gorgeous prom rejection

Katie is 100 percent savage and I love her. These are the women who are going to run the world someday.

Who knew Obama was such a rebel?! Such an anarchist?! I knew he was cool. Share this with the aspiring anarchist in your life.