19 Hilarious Fails You Just Have to Laugh At | 22 Words 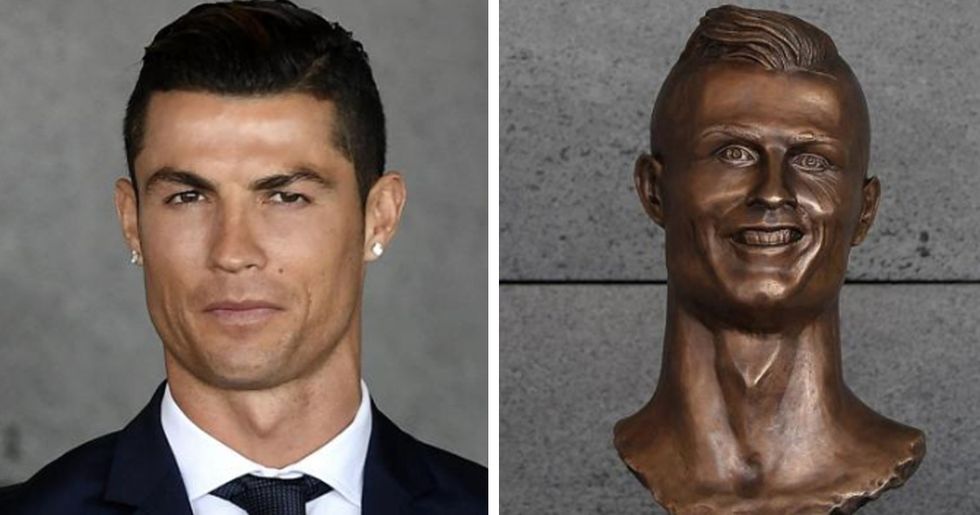 19 Hilarious Fails You Just Have to Laugh At

When people say they "nailed it," that usually means that whatever it was was a total disaster.

It's so much fun to laugh at people's extreme fails, and that is why I've gathered you here today.

These pics all scream:

...in the most ironic way possible, of course. These people failed so hard that there's nothing to do but laugh in their faces. Enjoy.

There's a hilarious amount of hope in that smiling pizza face, which makes the disaster it became after cooking just that much funnier.

The olives for eyes are insane. I think this person probably knew it wasn't going well at that point and just went, "Ahh, f*ck it."

This did not go well. To say the least. I don't think this person followed the instructions.

This is why you double check the image before it gets tattooed on your body forever! The next one will truly infuriate you.

They had to feel the wheels hope up onto the curb! And they were just like, "Parked. Did it," and then gave themselves a high-five.

Not deviled eggs. These are devil eggs. As in, "eggs of the devil." No one should eat these. Please. For the love of all that is holy.

I think this is some poorly taxidermied animal, but I honestly can't tell what it is. It's so horrendous. I'm going to have nightmares about this creature.

I think at this point it's safe to say that the jello hadn't set all the way. This is what you get for trying to make a Jello fish mold, which is disgusting.

This Thanksgiving, I'm thankful that I didn't make this and embarrass myself. The next one is just plain sad.

This, apparently, is an attempt to paint an owl. It is not, as I originally thought, a thumb with glasses.

This person got to the notorious smile of the Mona Lisa and was like, "You know what? I'm not even going to try." Probably a smart move.

Bear in a blanket

The first one is adorable. The second looks like someone that was released when they accidentally opened the tomb in The Mummy.

This is actually kind of adorable, but the baby failed mainly because it's too cute!!

No. Just no. The next one is sure to haunt your nightmares.

Why is he blue?! Why?! He looks more like Tobias Fünke than any other character.

Any recipe that calls for you to shape food like flowers is a bald-faced lie. It never works. It has to be witchcraft.

It's almost like not only did people not listen to the signs but that they got it wrong on purpose. All the carts are in the wrong place.

I don't think the caramel quite reached the consistency he was going for. I don't know. What do you think? Share this with someone who could use a laugh at others' expense!