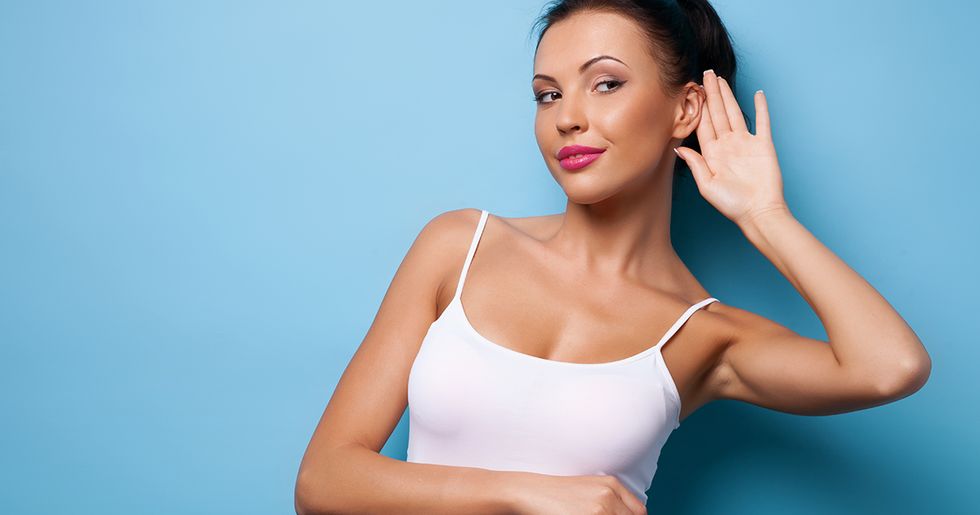 It may not be the most polite thing to do, but sometimes eavesdropping can be fun. After all, people talk about some weird things. When we eavesdrop, we're usually hearing a conversation out of context which makes it all the more amusing.

Some people just aren't into the fashion on certain television shows.

What? You don't watch The Handmaid's Tale for the fashion statements?

Kids can be vicious.

Contrary to popular belief, talking about muffins can be intense. And the Muffin Man? He's what nightmares are made of.

Taco Bell's menu is perfect just the way it is. There's no point in changing it. What was corporate thinking?

What does a person do with that much mayonnaise?

And do we even want to know? Probably not.

You can't make a conversation like this up if you tried.

Running into any Jim is better than going to the gym anyway. These guys are goals. The next overheard conversation is truly wonderful.

For real, why though?

Some people just walk in the genetic light.  It's totally unfair.

This sounds like the beginning to a horror, sci-fi film.

Ummm, no thank you. If there's something crawling around a room that has "too many legs" then everything should be canceled.

It's important for your significant other to keep it real.

It's great when your partner wants to support your dreams, but it's also good when they tell it to you straight. Even if it hurts. Three dollars? Ouch.

That makes sense. Sure.

You better hurry since there's nothing worse than rushing, right? We can only hope this person got all of their groceries.

If you're pronouncing mimosa wrong then you don't deserve to brunch.

Those are just the facts. You can enjoy a mimosa when you learn how to say it properly. Keep reading for more hilarious conversations overheard by people who were eavesdropping.

But also, the receptionist of this doctor's office is a queen for saying that. She deserves everything good in the world.

Sometimes we are our own worst critics. And sometimes we just have to laugh at ourselves to keep from crying.

There's such a thing as a kale truther.

There are some insane conspiracy theories out there in the world, but this is definitely one of the most bizarre. What does this person think kale is?

We are all this man at the bar.

No judgment here. Sometimes you just need a stiff drink to get through the week.

Feel you on that, sister.

If only alcohol could always be to blame for terrible text messages. The next overheard conversation will make you question the state of the world right now.

On the one hand, he's supportive. On the other hand, his girlfriend is crazy.

This man knows how to have a good time!

All the greatest parties included a simple selection of fruit and meat. A party doesn't get started until there's at least one choice between an apple and a banana.

"It's a musical, calm down sis" might just be the greatest sentence ever written.

Mamma Mia! is a pop culture staple. How dare this mother deprive her child of such an iconic experience?!

The sass in this overheard conversation is in a league of its own. This person must have been talking a crazy amount to earn that retort.

This kid is our next president.

Goodness knows we could use a president who is as smart as this child. Share this with a friend who loves eavesdropping!