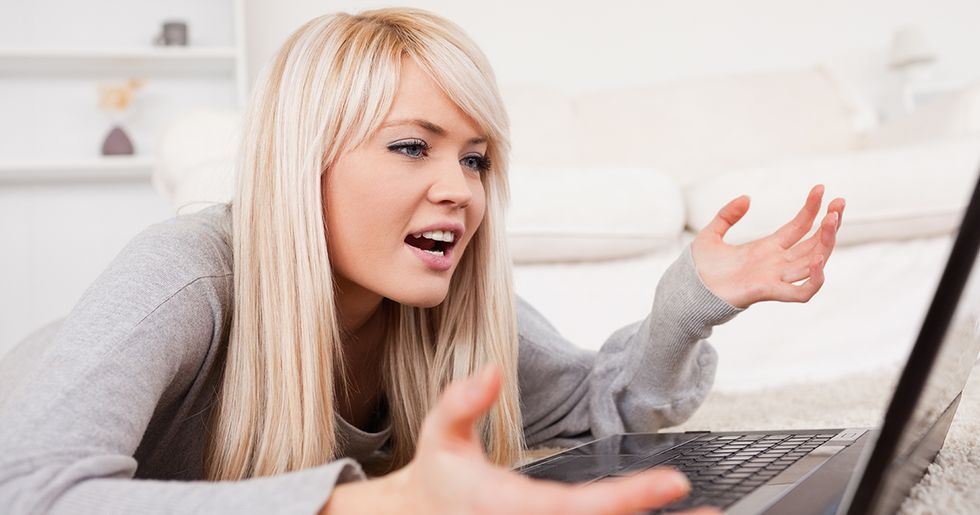 19 People Who Clearly Don't Know What Satire Is

In the age of "FAKE NEWS!," it can be difficult to discern which news items are real and which are spewing false, hateful information.

But satire? That stuff's pretty obvious.

Even when an article is hitting you over the head with satire, some people still won't get it.

These hilariously sad moments are captured in the Subreddit AteTheOnion, and they are all gloriously cringe-worthy. Here are 19 of the best ones.

How could anyone think this is for real?! Clickhole is pretty good with Photoshop, but it's still pretty obvious that this whole concept is absurd.

This is an A+ mom joke from the satire masters at Clickhole, and pixelly pixel-face doesn't get it.

You know, there are a lot of useless "studies" out there, so I can kind of understand this one. Kind of. The next one really hits the far right where it hurts.

Who's the snowflake now?! And on a separate note, It's Veggie Tales. Veggie Tails provides a whole separate, terrifying image.

This is so absurd it's hard to believe that even these commenters actually believe it. But then again, who thinks before they write something in the comment section?

This post starts pretty typically for someone falling for satire. But then we get to, "No space, Earth is flat!" and now I have so many questions.

There are so many things in that headline that make it absurd beyond all reason and clearly something that no zoo would ever do.

I love how a headline about the WWE immediately turned into "the liberal agenda." They'll really go off about anything, huh? The next one is extremely insane, and it's bonkers that anyone fell for it.

Obviously, if a horse bit a baby, it would be harmful. And no one is going around giving babies to horses to bite. J, get it together.

Have you ever read a comment and then just wanted to shake some common sense into that person? Of course, you have. You're on the Internet, after all.

That! Is! The! Joke! Wowow this list is making me way angrier than it should be.

This is so silly and so funny, and I'm so mad that these idiots ruined this great joke by taking it seriously. This joke deserves better.

How much do you want to bet that someone responded to this person telling him it's satire and he said something like, "I know, I was also making a joke," even though he totally wasn't? The next one will make you die a little bit inside.

This person clearly doesn't know what the word "alphabetically" means, which is actually the embarrassing thing here.

Thank you to the second commenter for "Thatsthejoke.jpg," possibly the perfect response to any of these crazy commenters.

It definitely would be terrible if it were real, but it's not. But also, I kind of wouldn't put it past I.C.E. to do this because they are evil.

I believe this is a response to one time when he went hunting. This person neglected to comment on why Chris Pratt loves sandpaper so much, just that Jesus is only sixth on his faith list.

...They look super similar because they are the same person. Share this with someone who will be equally as frustrated as you are to read these!