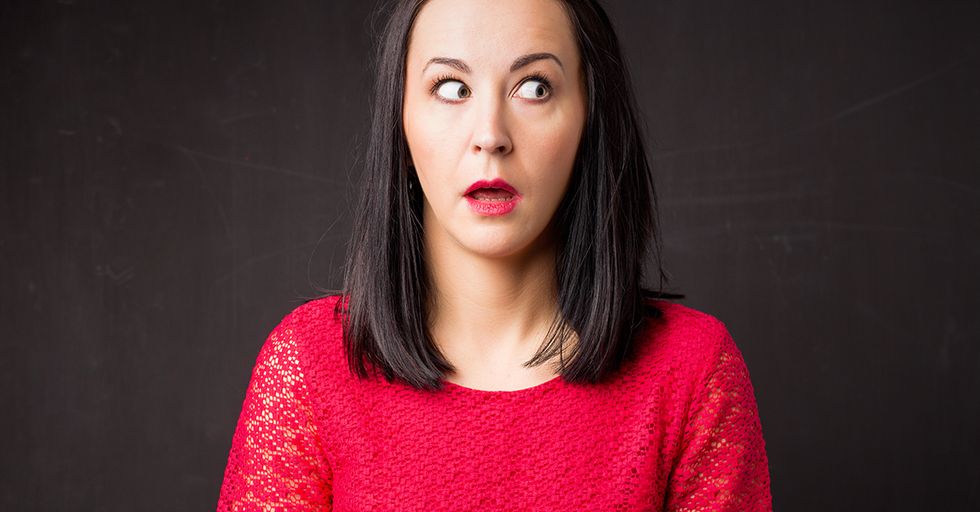 The thing about lying on the Internet is that you almost always get caught.

It just doesn't work, you guys.

In these next pages, 19 people will share screenshots and tweets and other examples of people totally getting caught in the act and having nowhere to turn.

These liars being called out is oddly satisfying, and we would like to join us in properly shaming the crap out of them.

This is what happens when you sneak your phone in a class with a professor who understands AirDrop. Props to the professor. Amazing.

This gym goer sneaking a peek

We all pretend we mind out own business at the gym But we don't! No one does! Everyone's looking at everyone all the time!

Let this be a lesson to all the young'uns on Twitter with jobs: Do not tweet terrible things about your job! Just don't do it!

He looks so very sad. This is the best picture. The next one is just so dumb...

This guy didn't even crop out the Google search he did to find the picture he tried to pass off as his own. Hilarious.

"Congratulations. You discovered that I became a catfish for 100 percent, totally scientific purposes definitely not designed to trick anyone into thinking I'm super hot."

This hilarious attempt at anonymity

Zachary Quinto actually copped to doing this on The Late Late Show. When you have the best eyebrows in the biz, you can't fool us!

It's a bad bad review because it was written before the restaurant was even open! You can't do this, people. The next one will have you rolling...

Sure, there are celebrities who promise they'll accompany kids to prom if they get a certain number of retweets. Zendaya is not one of them.

This guy who thought he'd mess with the university parking staff

They sent a courtesy text message?!!! That's way too nice.

Don't try to pass off this photo as a bad showing. It's clearly before the game. There are no bases. I don't know if you knew this, but you need bases to play baseball. It's right there in the name.

Someone got paid to spread 1-star reviews all over pages of places they've never even been! Sorry this spa called them out immediately.

Yeah, well, now she knows your real motive. No one's getting nudes, dude! This next one is actually epic...

The saga of the stolen lunch

If you haven't read this entire Twitter thread about shrimp fried rice stolen from a work fridge, you must. It's an emotional roller coaster, a tale for the ages.

Never been worn?! Maybe take another profile pic before you claim that.

"Oh, it uh, has a watermark because I didn't take a picture, so I had to google the model. Yeah, that's the ticket!"

The thing is, I think the director of multiple Marvel movies James Gunn would know the truth a lot better than an account called Marvel Newz.

OK, OK Chris. We get it. Don't get all upset that someone said you went to a crepe place. Big whoop.