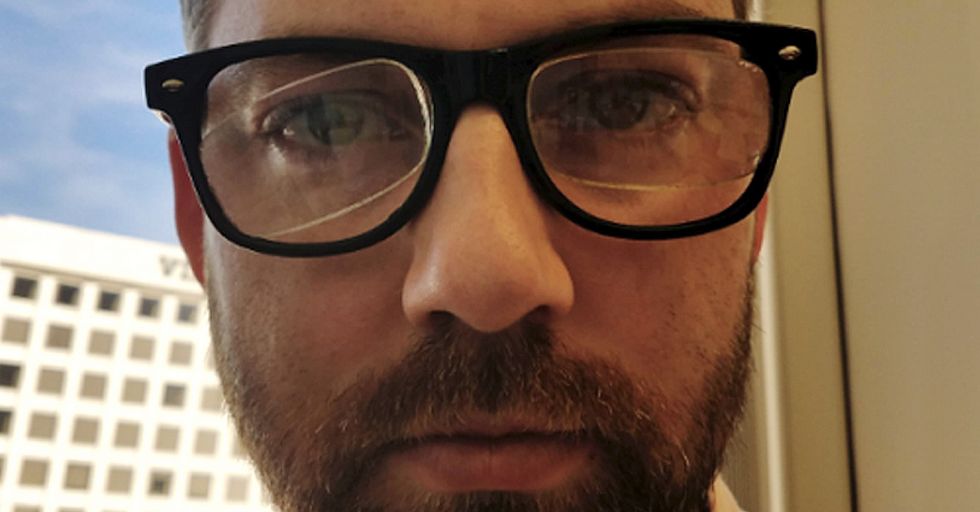 Every once in awhile, you have to get creative in order to solve a problem.

True story: One time, my dad fashioned a makeshift arm sling for me out of some bungee cords and a Reader's Digest.

Someone who's good at acting on-the-fly is great to have in a crisis.

Of course, sometimes, they use their powers for evil. Decide for yourself whether these people are sneaky or creative. Or both. Or...neither?

Here's an excellent lesson in rebranding. Whoever created this listing is some kind of genius.

Plunger or pogo stick? Why not both?

Not only is this a brilliant way to unclog even the most clogged toilets; it's also an opportunity to have some fun while you're doing it. Win-win!

And no, it's not to encourage people to think outside the box. Although you have to admire his ingenuity.

A new kind of snowshoe?

It takes a special kind of person to not only create these footwear monstrosities but then try to sell them. I know they're listed for cheap, but still.

And here I thought we were all over fidget spinners.

The person behind this solution is both sneaky and clever. Clever because they solved their window crank issue. Sneaky because I'm assuming they had to sneak into their kid's bedroom to get the fidget spinner.

This is not a fork!

It's a spoon pretending to be a fork. Hey, desperate tines call for desperate measures.

"Don't mind me. Just scootering around on this branch."

Need to sneak booze into a concert?

Does it look super stylish? Not exactly. Will it work? Yep. This next person takes sneaky booze to the next level...

Here's how to sneak booze onto a cruise.

It's clever. It's sneaky. And it's also kind of insane.

Finally, a way to transport your bagel!

Thank goodness. I've been looking for something to do with all these CD spindles I have laying around.

Hey, if it works, it works. Plus, this'll come in handy for reheating those mail-order steaks.

So he taped his lenses into some other frames. I know already said, "If it works, it works," but it's quickly becoming the refrain of this entire list.

Depending on your plans for prom, this could actually be a pretty genius design. Just be careful about where you put the pins. Here's another fashion-forward "hack"...

Or just wear another shirt?

There's no way this could go wrong. Nope! Tucking a pair of underwear into your shirt is a 100-percent great idea.

This is an excellent way to keep door-to-door salesmen away from your home. Only your real friends will brave the moat.

Remember this for next Coachella.

Going to a music festival? Not without your ham wreath, you aren't!

Turn your hat...into a hat.

There has to be a deeper meaning to this one, right? Surely it can't be as ridiculous as it looks.

A loaf of booze.

You can also eat the bread as a way to stave off your hangover! Pretty smart. Share this list with the sneakiest person you know!