19 People Who Got the Surprise of a Lifetime | 22 Words 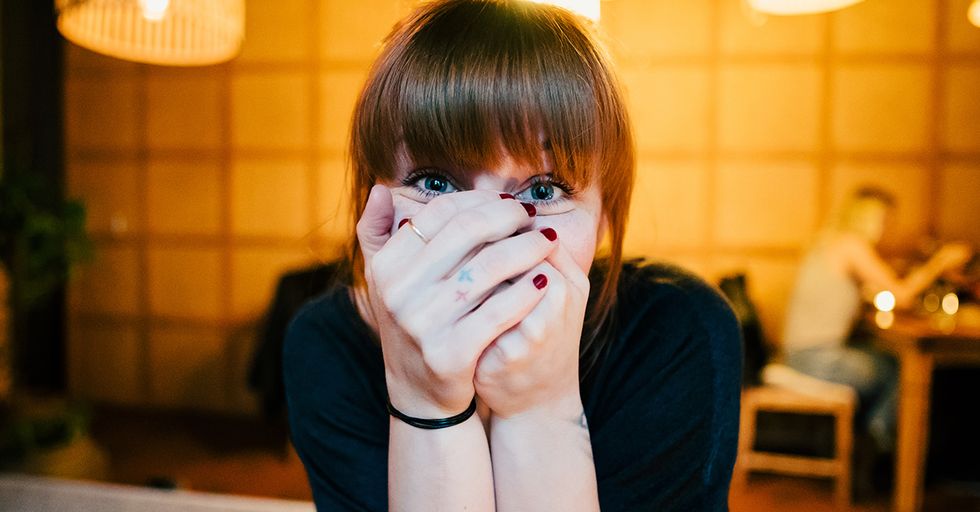 19 People Who Got the Surprise of a Lifetime

We've all been on the receiving end of surprises.

Some of them are good — like promotions, presents, or puppies who want to be your best friend.

Others are a little less good...

Like a leaky faucet or a huge spider crawling up your leg. Here are 19 people who just got the surprise of their lives.

Not only is this pretty hilarious to watch, it also gave him some great real-world practice for what to do if he ever needs to defend himself against an actual person. I doubt they'll be in a crash test dummy costume, though.

So that's why the chicken crossed the road...

Whoever was filming this definitely got the surprise of their lives, but they should also rest assured knowing that they've finally solved an age-old riddle.

Let me help you with that.

I refuse to wear turtlenecks. I usually tell people it's because they're itchy and constricting. But really, I'm worried this will happen to me.

How would you react to a text like this?

Now I kind of want to do this and see what my friends and family members say. I'm expecting a bunch of eyeroll emojis. Here's another text message-based surprise...

I'm saving this one for next Halloween.

There are so many challenges parents face around Halloween. Do we stay in and hand out candy, or take the kid out trick-or-treating? What costume should they wear? Are their cardboard arms strong enough to hold a bag of treats? What do you mean that last one doesn't make sense?

This is a long one, but the payoff is great:

This time, it's you who's surprised! I'll admit watching this GIF made me VERY nervous until I finally got to the end and realized what was going on.

There's really only one rule to keep in mind on Halloween: Don't trust anyone or anything. (This rule also applies to April Fool's Day.)

The look of betrayal is just too much.

That's one way to simultaneously get your kid to eat their own food and ensure they'll put you in a home as soon as they're able. And now for a lesson in why it's always important to pay attention to warning signs...

You think we just put those signs up for fun? Nope. Next time, you'd better have your safety goggles on.

What's under the bucket?

All right, I've found it. I've found my favorite GIF on the whole Internet. I don't know quite what I was expecting, but it certainly wasn't that.

This kid is in for a rude awakening.

One day, your kid will be scrolling through your old Twitter feed and get to this one. At least you'll give them plenty to talk about with their therapist.

Not the answer I expected.

It's never too early for your first life crisis. Let's hope second grade is a bit kinder.

Get out of the way!

All he wanted was to get out of the way of oncoming vehicles. It didn't go well. Here's another tricky puddle...

If you're going to go puddle jumping, you should probably: A) Wear waterproof shoes, and B) Throw a rock first to test the depth. Or just bring a gullible friend with you and get them to jump first.

I would love to have this train interrupt my morning commute. I'd get a laugh out of it and be merrily on my way just a few seconds later.

That was a close one.

If you're like me, you probably expected that car to get rear-ended when they backed into the street. That was some impressively good timing on their part.

This is exactly the kind of prank you never forget. And never forgive.

Obviously, it's not a real shark. But it is real shock. Share this with someone who loves getting surprises!