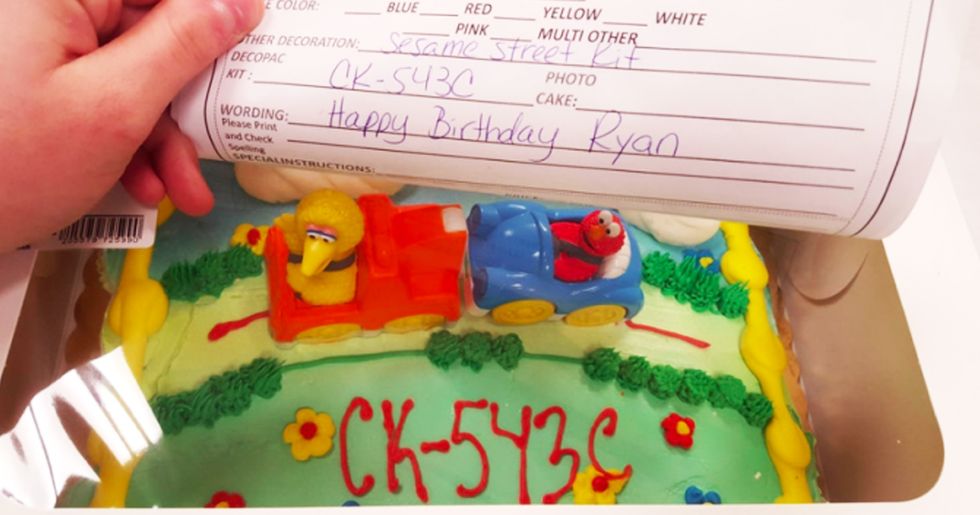 19 People Who Should Not Have a Job

Everyone loves a good fail.

And these are massive ones.

The following 19 photos will make you say:

These people shouldn't have had a problem performing the one simple job they were tasked with. But they did. Oh, they super did.

This is incredible. Did they write this down as the person was saying it? It seems like it's exactly word-for-word what this person said.

Whoever was hired to stamp the expiration date on the package of buns missed. They super missed, and now you can't eat that hamburger bun.

It might say "SALE" if you're already in the store, but I don't think that's the purpose of the sign! The next one is frustrating for any perfectionist.

This is the worst maze I have ever seen in my entire life. It makes me so angry! Who did this?!

This is hilarious. If you can't tell what's going on, "Spunow" is "Mounds" backward.

Make up your mind, and obviously choose the bottom sign where pets are allowed all the time. Pets are the best. The next one is kind of adorable.

I love this so much, and I wish sandwiches were actually called sandwishes because that's much cuter. Also, sandwiches grant all my wishes.

I think the sign is misleading. Either that or wine has gotten really cheap.

Which is it?! When someone's in need of caffeine, this is a terrible joke.

If this is hurting your soul a little bit, welcome to the club! This is the club for people who let little things get to them.

If I was driving and I saw this, that'd be an automatic accident. The next one is a problem almost everyone has experienced.

If you've ever tried to draw block letters on a posterboard, you probably know the exact feeling that this person felt when they were painting this sign.

They were so close to getting this sign right! How did they screw it up?

Just...look one line down. At no moment while writing this weird combination of letters and numbers did the person decorating the cake go, "Hm, this doesn't seem right"?

How ironic is this sign?! It's literally taking up the entire bike lane.

Someone didn't read the giant signs above the cases when they were stocking them. Share this with someone to annoy the crap out of them!