Need A Mood Booster? These People Instantly Regretting Their Terrible Decisions Will Make Your Day | 22 Words 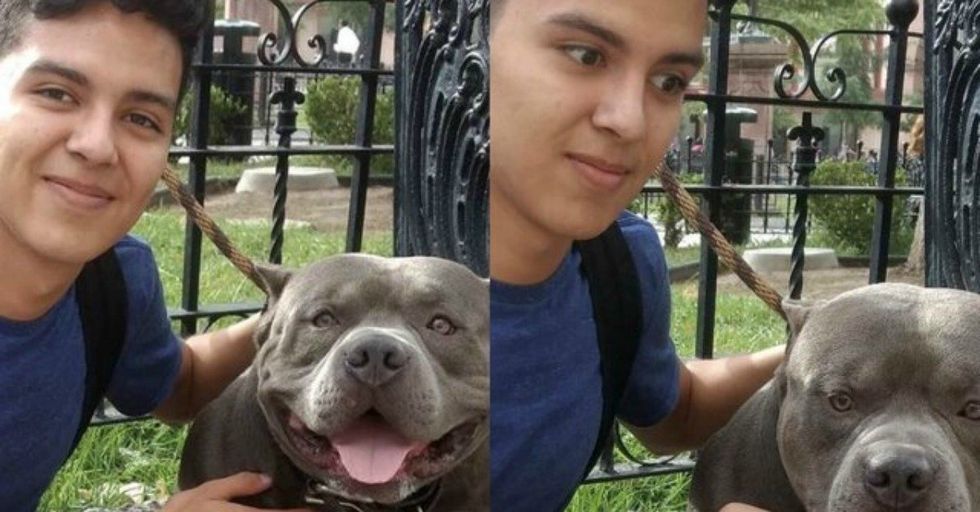 Need A Mood Booster? These People Instantly Regretting Their Terrible Decisions Will Make Your Day

Ever heard of a little concept called "schadenfreude"? It's defined as "pleasure derived by someone from another person's misfortune," and while it may seem a bit mean, it's a universal source of enjoyment.

The very best kind of schadenfreude comes from people who 100% deserve it due to their own stupidity, poor decision-making or hubris, such as a driver with road rage being instantly pulled over by the police or someone trying to show off for the camera and seriously injuring themselves in the process. Join me, if you will, by taking some petty joy out of these 30 examples of instant and extreme regret. If you're anything like me, it'll probably make your entire day instantly better. And make you cry with laughter.

Also, feel free to take some notes as to what not to do in certain situations. We could all use a little bit less regret in our lives, don't you think?

First of all, that air conditioner was clearly not properly installed. Secondly, this hilarious blunder could have killed an innocent bystander on the street below, so let's all refrain from doing whatever it was this woman was doing near air conditioners in the future, shall we?

This interesting way to spend a Saturday night

The look on his face after realizing his mistake is very relatable. Also, the slow-mo really adds a nice effect. It really heightens the drama.

This, my friends, is one of the most beautiful things ever captured on film. Bet he thought he got away with it without his co-workers ever being the wiser, too. WRONG, Chad! Now it's on tape forever!

Is this the proper use of this workout equipment? Because it sure doesn't seem like it. Why would you want elastic snappy bands so close to that part of your body?

Personally, I find these types of videos where drivers immediately get their comeuppance to be the most satisfying. And I'm guessing anyone who drives regularly would agree.

Just say "no" to snack selfies. Unless you want some fangs in your face. Which I'm guessing you don't.

The only thing that would make this video better is if "The Sounds of Silence" were playing in the background.

I was honestly waiting for the glass to break in her mouth, so I suppose a little mucus is a small price to pay for not having her entire mouth ripped to shreds.

Let's not blame this poor, innocent man for shattering this door. Let's blame the people who designed this door to shatter so easily.

Remember Splinter from Teenage Mutant Ninja Turtles? He's real! And he's not one to be messed with!

Maybe the people who designed this were just trying to troll people. Also, now that song is going to be in my head all day long.

Someone help this poor angel! But, like the good boy that he is, he doesn't seem too concerned about the predicament he's found himself in.

"Hey Steve, watch me put my phone outside the window of this plane to snap a pic real quick!" And yet he somehow still managed to look shocked when the inevitable happened.

Ah yes, another jerk with road rage gets what's coming to him. It's almost as if we should obey the traffic laws and be courteous to one another on the road.

This good pup still gets my vote for his determination alone. Haven't we all had times in our lives when we've fallen just a bit short?

Here's an important lesson to learn for all the kids out there. Sometimes, trying to be cool is not the best option. Especially on a particularly windy day.

I've probably watched this video somewhere around 20 times at this point. It's just such a beautiful shot.

Seriously, what did they think was going to happen? Also, this gives a whole new meaning to the term "Cornhole."

I've been in this exact situation more times than I can count. And my face has always had the exact same shift from elation to instant dread. Totally worth it, though.

His calculations were WAY off. Now his jacket AND his shoes are ruined.

Boy, his face must have have been red! The icing on the cake is when his pants fall down as he's running out the door.

I find it hilarious how she looks at her companion in an accusatory way at the end of this video. Almost as if to say, "How could you have let me do something so stupid?!"

This poor little pup is learning a very valuable lesson: Sand tastes terrible. I'm guessing he'll never do that again! Although he's a dog, so he probably will.

This look of lament

Those eyes! The pure and profound regret! This poor dog will probably have flashbacks about this moment for the rest of his life.

Was it really worth it, Kelly? Was it? Because your car door just fell off.

We get it, Bill. You were feeling a bit neglected and wanted to show off for the camera. Luckily, your wife seems genuinely concerned about your well-being and not annoyed at you for ruining her video.

Who would have thought that complaining about your job on a public platform for the world to see might end up being a ridiculously awful decision? At least she got what she wanted, right?

These two really are meant for each other. At least it looked like only her glasses were broken and not her nose. Or skull. Don't try this one at home, friends.