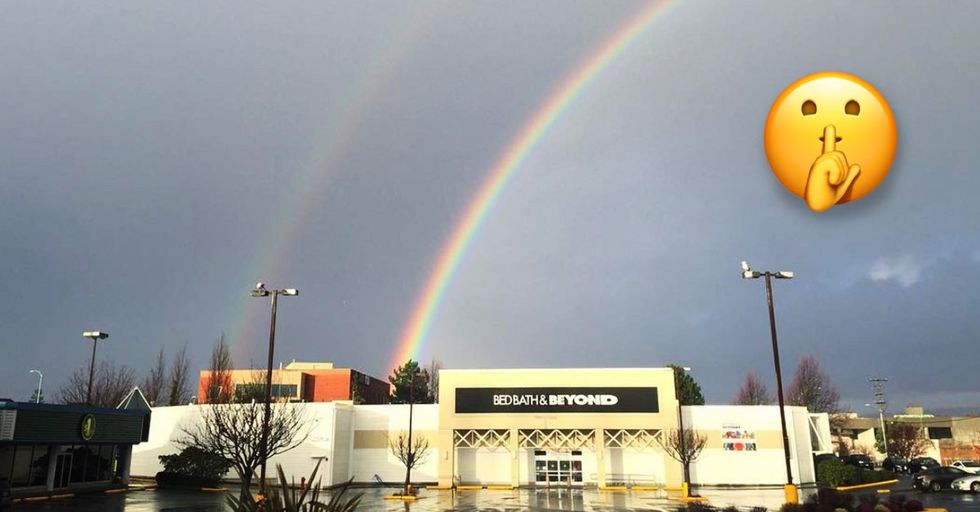 Have you ever wandered into a store and wondered what it's really like to work there? Unfortunately, you can't exactly ask the employees there to spill the closely-guarded company secrets. But you can turn to the Internet, which is nearly always willing to provide answers to your questions.

A recent AskReddit thread asked people to reveal the secrets of their former workplaces, and boy, they did not disappoint!

Bed Bath and Beyond will accept a return for ANY item that is in their inventory. You can claim anything is defective. A woman once returned a 75% burned Yankee Candle because the wick dipped into the wax and she couldn’t fish it out. She got a 100% refund. A guy brought in a vacuum he purchased probably 9 years ago from a store in another state. It took us about 20 minutes of fishing through an older version of the inventory system to validate that, yes, at one time about a decade ago, BBB carried that SKU. Full refund. In the grand scheme of things, your return is a minuscule fraction of their profits, and keeping you as a customer is worth tossing away some money every now and then. Also, their coupons never expire. – creamily_tee

Panera. Bread comes in as dough in bread pans the night before, bakers come in in the morning and put it in the oven. Everything was pre-made but assembled in store like the paninis. Leftover bread/bakery products were free for closing employees to take home. (I ate more bagels than I care to admit- starving college student and all). – ellifaine

The only thing not made on site at Cheesecake Factory is, ironically, the cheesecakes. They come in frozen and are thawed out. They go through the trouble of mixing all their sauces and even salad dressings, but not cheesecakes. – brady2gronk

I used to work in a factory that produced pillows. Let me be the first to tell you, some nasty stuff goes into those pillows. Tell me, have you ever seen those pillows labeled "Memory Foam Cluster"? Do yourself a favor, and avoid them like the plague. What we do is, there is a bale of old, recycled memory foam brought behind the grinder. This bale consists of everything from old mattresses and pillows, to those cooling memory foam pillows.

Except they are all old and dirty. We cut the bigger pieces into more manageable bits and toss it into a grinder that chops the foam into small, fine cubes. These cubes are stored in a large tank, and then blown into an empty pillow casing using pneumatic pressure. Now we made good pillows too, but for the love of god, stay away from anything labeled "cluster." – The_Ginger_Wizard

I used to work for a large smart phone company. During development, we used to go through phases, Engineering Verification testing stage, Design Verification Test, Production Verification Test, and finally Mass Production. Each stage was meant to have checkpoints in order to ensure that the final product was built with good quality and any known bugs would be able to ironed out before the product launch. Any bug that was not resolved would potentially have the ability to delay the launch. Except that there is a thing called Waivers. So the PM could request that certain bugs be granted a waiver delaying the fix of the problem to a later date. No big deal, every project has a few minor bugs, right?

For each stage there would be hundreds of waivers. Some would be minor, to be fair, but sometimes they were definitely not minor. I will never, ever, buy an electronic device in the first 3 months of mass production. Wait for the second wave of production, the quality of the product increases tenfold. – Project2r

I used to work in the meat department at Whole Foods. Hopefully things have changed, but our manager was insistent on using past-due meat to make grinds for burgers, sausages, etc. I once got in trouble because I threw out the ammonia-scented chicken tenderloins that had expired two weeks ago, rather than grind them up for chicken patties. – sorrythankyouno

[At] Buffalo Wild Wings, wings are always frozen never fresh. And they cook them before hand and keep them in a warming drawer. The motto is "They come for the sauce not the wings." – emkat92

(To be fair, that motto is not incorrect.)

Rarely [do] any Jerry Springer show guests have "true" stories. Source: I was a booker. – EndearinglyAverage

Many years ago I worked with a firm that evaluated medical school applications. Medical schools get so many applications (over a thousand per year in some cases) that many of them pawn the initial evaluation work off to outside groups, who then subcontract to temp agencies during application season. The school makes the final decision of course, but the initial pre-evaluation is handled by temps who might not even have degrees.

These agencies are paid by quantity and not by quality. There's a strong pressure in the organization to process as many applications as possible, as quickly as possible. It's not a formal quota, but management definitely noticed if your numbers went down.

I don't even want to contemplate how many excellent potential doctors my colleagues rejected because they were in too much of a hurry. Some of them likely spent their lives preparing for their med school application only to get preemptively rejected by someone with no medical qualifications. – anschauung

Worked for a private school. Grades were definitely bought. We were discouraged to give anything lower than a B. Had one principal that told a teacher to take the final for a student that went on summer vacation early. She called it a shadow final and said nonchalantly that it's no big deal, just answer how you think the student would answer. This school is expensive, and these kids go on to fancy colleges because of these grades. – dwarvenmonk

I worked at a car dealership. The $1200 car-care system that we would discount to $900 was “applied" with about 15 squirts of a spray bottle. Many times I’d hang out with the detail guys so the customer wouldn’t get suspicious at a quick turnaround. – DirtynDurham

After working at a certain marketing agency, I don't trust online reviews. Everyone in our company from receptionist up through owner were assigned multiple fake Yelp, Google and Facebook accounts. On a daily basis, we were assigned to write fake 4- and (mostly) 5-star reviews to drown out all the legitimate criticisms of our clients. Some of those a**holes shouldn't even be in business.

Nowadays, I'm more inclined to read the 1– 3-star reviews than trust an overall 4– 5-star rating. You really have to use your discretion though. If the 1– 3-star reviews sound like legit complaints (as opposed to a one-off bad experience or an a**hole customer), trust the low ratings over the high ones. Also check the poster's account history. If it's all 5-star reviews, that should tip you off. [...] It's not a perfect science. Just trust your gut and don't get fooled. There are a lot of fakers out there [who] are only in business because they know how to manipulate the system, not because they have earned it. – TheMeanGirl

Ralph Lauren's outlet clothing is made for outlet, not from the main stores. – waasaabii True for 90% of outlets as well. Like they just have an entire store full of seconds?? Nope. Ross, TJ Max, Marshall’s outlets are all "real" (mostly) outlets either getting seconds quality or unsold stock...There are also some appliance and furniture outlets that are real, too. But if you walk into a GAP outlet...it’s not “reduced" price stuff. Just sh*ttily made stuff. – MableXeno

A "high-class" spa I worked at used epsom salts and vegetable oil for their $65 salt scrubs. – captnfirepants