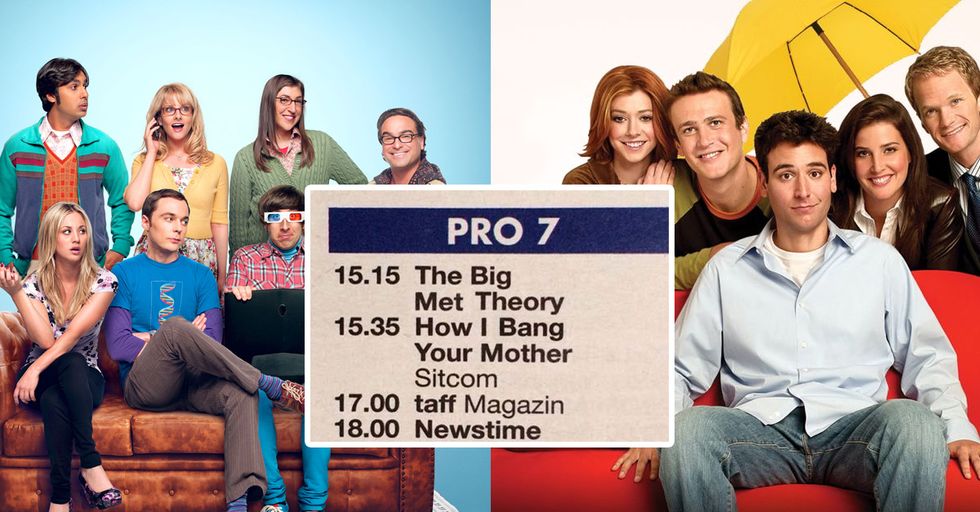 The People Who Made These Should Be Fired Immediately

Everyone makes mistakes. That's to be expected. If you're lucky, and no one notices the mistake, you can cover it up before it becomes a huge issue.

But sometimes, that's not the case, and others find out about your misstep. Some people are unfortunate enough to make a mistake and then have evidence of it posted to the Internet. It's decidedly not a great look, but it sure does make for some entertaining pictures!

The people responsible for the mistakes in these photos were probably just having a bit of an off day. And thank goodness they were because they provided us with plenty of entertainment! And, honestly, we've all had days like this, right? We can't all be firing on all cylinders 100 percent of the time!

Anyway, these people should probably think about switching jobs in the near future.

Because they're probably going to be fired in the near future.

Better luck next time, people! But seriously, how did you mess up this badly?

Ooh, so close. If they just moved the bricks over a little bit then it would've been perfect.

Poor Rocco! He's never going to get home ever again after traveling through this maze.

Whoever put this banner up on live TV:

If you think this is wild, wait until you see the breaking news banner that can accommodate three lines of text.

Better luck next year, guys! Maybe you should set an alarm or a yearly calendar event.

Honestly, I don't think Siri has ever been helpful when I've asked her to do something. This is the worst response I've seen from her.

The person who parked this vehicle:

Whoever designed this bathroom:

When you don't have to use the facilities you create... from onejob

Believe it or not, this isn't even the worst bathroom design I've ever seen. But it is in the top five on my list.

Asparagus is a great snack! Not sure what it has to do with busses, though.

Whoever is behind this whole situation:

Neither of these outlets is usable. But at least they put a safety cover one on of them.

The person who painted this yellow line:

I'm sure they were just following directions from their superiors. The question is: Why?

The person who made this nametag:

They probably shouldn't have been in charge of nametags. Probably.

I now understand the phrase “close enough for government work”. from NotMyJob

I've heard that Sacarmneto is actually a really nice place. It's located in northern Calfinoria.

Did they really think no one was ever going to see this? They were wrong.

The person who put this pricetag in this exact position:

Put the price tags on, boss. from NotMyJob

I can't believe it's not butt! It tastes exactly like butt!

The person who dressed this mannequin:

I feel like I'm always the last person to find out about fashion trends. But, I'm pretty sure I won't be following this one.

The label is technically correct. It's also technically useless; I believe that's where the date goes.

Whoever designed this hamper:

Ooh, it's my favorite book by Dr. Seuss! It's called Place Your Text Here and every line rhymes.

Whoever put this label on this box:

Change of plans! Mom, I'm not throwing you a surprise party. I just wanted to surprise you with a box of party supplies!

Oh, it was supposed to be exactly five bananas? I thought it was an "at least five" sort of deal.

Whoever put this clock here:

In front of another, slightly larger clock. I'm going to need some more information here.

Whoever wrote this TV channel guide:

How I bang your mother from NotMyJob

In this How I Met Your Mother spinoff, Ted gets a little too graphic when talking to his children about their mother.

I mean, it's impossible to move leaves after they've fallen to the ground. You'd have to invent some kind of specialized garden tool.

The person who put this sticker on a Bible:

Workin for the Big Man from NotMyJob

This is a very rare book. I'd love to see that signature!

The janitor who refilled this soap dispenser:

Did they specify what type of soap they wanted in the dispenser? If not, I think this janitor is in the clear.

This is exactly the kind of mistake I would make. Good thing I don't work in the TV industry.

Whoever made this Pikachu:

The person who labeled this "watermelon."

I don't quite know how to tell you this, but...that's not watermelon.

Whoever made this shirt:

Unless it's for an athlete with the last name "Thirteen," there's been a grave error here. Share this with someone who could use a laugh!