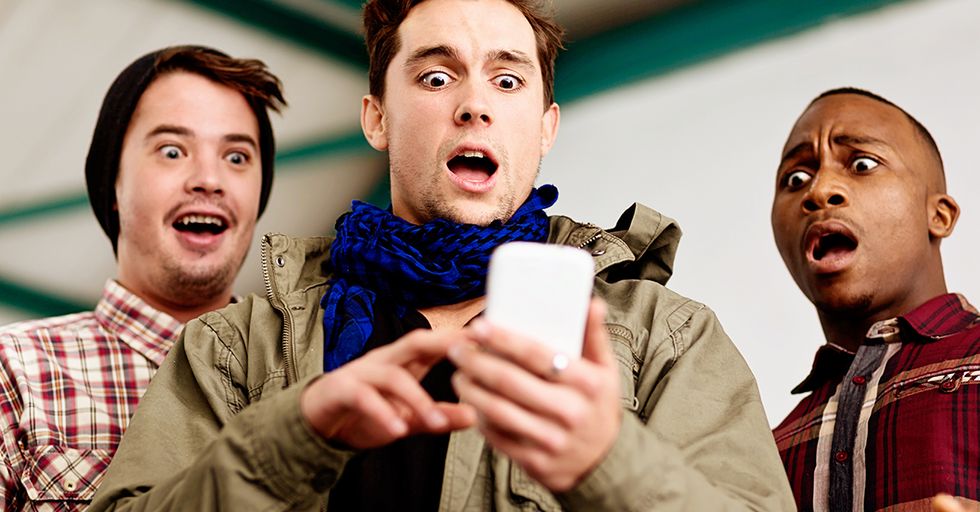 As great a tool as the Internet is, it's also a place where many foolish people make the decision to post ridiculous lies.

Unluckily for them, there are plenty of people out there who are dedicated to spreading the truth instead.

If you're posting lies on social media...

Yeah. It might be time to delete your various accounts. Otherwise, you're going to end up getting called out on a very public forum. Kind of like these people...

This person tried to school IKEA on U.S. Flag Code.

But it didn't work out too well for them. Judging from IKEA's swift and informative response, I'm guessing they've had to address this unfounded complaint several times in the past.

For goodness' sake; the man is only 70 years old! You know how I know that? Because I Googled it. It took about 4.5 seconds and is probably something you should have considered before Tweeting.

Short, sweet, to the point.

Looks like it's time for a new article. What do you think of this headline? "Elon Musk Called Us out for Lying."

This guy's reputation is going in One Direction: Down. In flames. Do you know what Mark Hamill's favorite movie is? This next poster thinks they do...

Love the all-caps in this one:

What a strange thing to lie about it. At least go all out and say something like "Mark Hamill LOVES 'Watchmen' More Than He Loves Himself."

This one took a bit of effort:

But...why? What do you gain from writing a poor review about a restaurant that hasn't even opened yet? There are some strange people in this world, I'll tell you what.

Turns out there actually was a reason.

Today, we learned that the phrase "for absolutely no reason" can apparently also mean "for a very, very good reason that actually makes total and complete sense."

And the phrase "never been worn" can apparently mean "worn at least once." Isn't the English language so strange and interesting?

Imagine surfing the Internet only to come across a picture of yourself with a caption claiming the picture is 40 years old and of a completely different person. That has to be a pretty wild feeling. This next one shows the rapper Bow Wow getting caught in a lie...

Bow Wow! How could you?!

I don't know what's more impressive here: The fact that Bow Wow thought he'd get away with this lie or the fact that someone recognized Bow Wow in public.

No, no, Mr. Gunn, clearly you don't understand. They said it was CONFIRMED. You can't just lie on the Internet. Especially not in all caps.

There's something about seeing companies respond to liars on their review page that fills me with such a sense of pride in my fellow humans. Justice!

Looks like this person may have also digitally altered their "thigh gap." Finals week can be so tough.

What a career path!

The only mistake the second person made here was responding to an anti-vaxxer on the Internet. That never goes well. This next person might just take the cake (or the strawberry jam)...

Never before has blood looked so delicious.

You should see the other guy. Peanut butter. Everywhere.

Once again, a quick Google search and this all could have been avoided. (A sentiment I'd also like to share with my older family members on Facebook. Also, enough with the Minions memes already!)

I love how this person starts out innocently enough and then fully calls the perpetrator out by the end of the tweet. Once again: Justice!

Can't wait to read your book.

What a life this person has lived*! *Online.

Need a vacation from your vacation?

Hey, those Dole Whips aren't going to eat themselves! Share this list with someone who needs a laugh today!