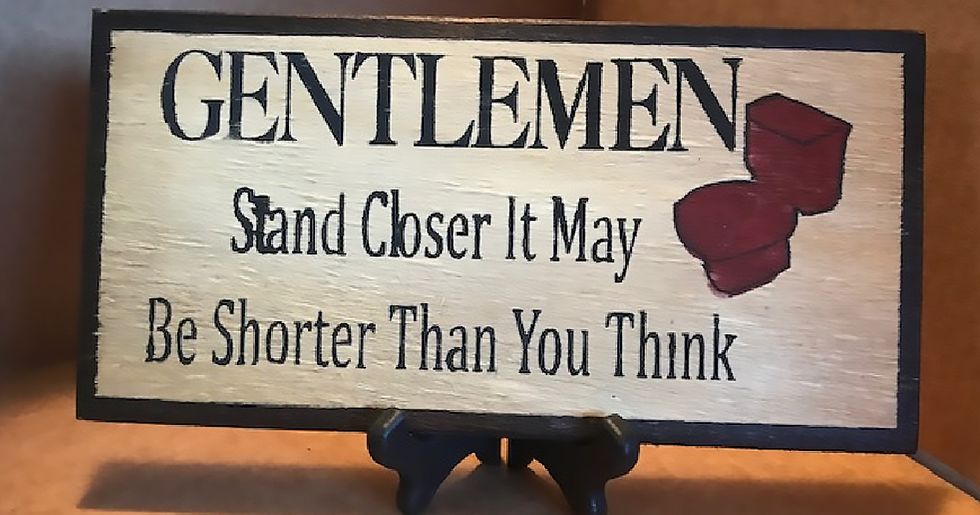 People Who Took Being Brutally Honest to the Next Level

We all know the importance of being honest. Anyone who has watched their fair share of courtroom dramas knows that the good guys always tell the truth.

But there's a big difference between being honest and being brutally honest.

Sometimes, the truth should be delivered with a modicum of delicacy and tact, rather than shouted from the rooftops with no thought to whether it might offend.

The people featured in the following photos might not have the most gentle method of delivery, but what they lack in tact, they more than make up for in humor.

Next time you want to tell the truth, take a second to remember the people in these photos. Either they'll convince you to go with a bit of a white lie, or you'll want to stand in your truth — to hilarious effect.

Do you think I'm ugly?

Listen up! If your partner asks whether you think they are ugly, the correct answer is always "No." Always.

I'm not saying the color name is inaccurate. But, like, couldn't they have called it something else? Anything else?

Everything happens for a reason.

I'm no fan of the phrase "everything happens for a reason," but even I have to admit that this is a little harsh.

When you get down to it, this is really all that a garage sale is. One man's current crap is another man's future crap.

Second-best? Not bad! Now you have something to strive toward.

I've never listened to much of The Cure, but this exchange makes me want to devour their entire catalog.

OK, this observation is pretty brutal. However, I think you can safely ignore it based on the fact that they started it with "Noah fence."

Not just deformed is this plush. Super-deformed, it is.

This is a long read, but it's worth it.

Most people would have never taken the time to read this disclaimer. Luckily for us, someone not only read it, but they took a picture to share with the entire Internet.

I know the person who wrote this ad claims to hate this car, but you can't deny there's a little bit of love there if you read between the lines.

Pretty amazing how this turd of a home still costs $160,000. Think they're willing to negotiate?

You know your kids are going to lose them. Let's not beat around the bush here.

You were my only option.

Ouch. She could have left that last part out.

Well, that's a bold advertisement strategy. I wonder how much business they got as a result.

It's a good thing cats can't read. Poor Careful would be devastated by this post!

It is not going to happen.

At least you still got a cute valentine out of the deal. None of the rejections I've received were ever delivered by craft project.

Well, that about sums it up. I guess homework is canceled forever.

Show how much you care.

It's not like you have to tell your mother-in-law how deeply discounted her gift was...

When you really get down to it, aren't all movies scripted nonsense? I'd watch it!

Anyone who brags about people being "obsessed" with them probably deserves some brutal honesty.

Out of all the messes one encounters in life, those in public restrooms are simultaneously the most disgusting and the most preventable.

A game to play with your friends!

Ouch, Stick Tennis! I was just looking for a way to entertain myself on my phone. Silly me, I guess.

Thanks for telling me.

It's not like you can lie! Lying is bad!

"With no laws to follow"? You can't break math laws!

Putting the cousin on blast.

I appreciate the clarification, but I really don't think I would have believed the story in the first place.

Now that you mention it, I can't un-see the chicken.

It's tough, sure. But you've gotta love that kid's problem solving skills!

Good to know. I'll be sure not to put you in charge of anything for the rest of your life. Share this with someone who could use a good laugh today!