19 People Who Know How to Win at Anniversaries | 22 Words 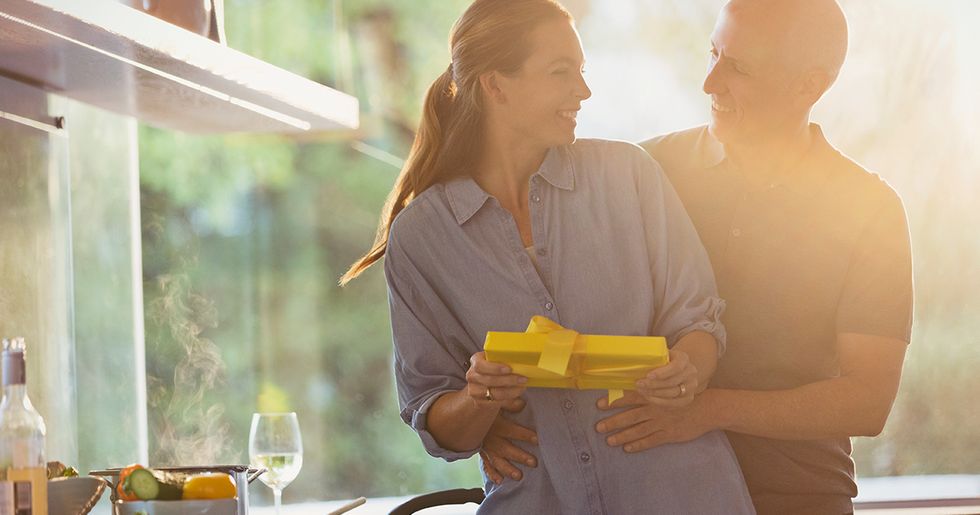 19 People Who Know How to Win at Anniversaries

Getting anniversaries right can be tricky!

Do you get a funny card, or should you make something extra special that holds a lot of sentimental meaning for the two of you?

Do you plan a night out full of adventure, or stay home and enjoy a romantic night in?

The people featured here have done an amazing job at the anniversary game and they deserve a round of applause:

If your own anniversary is coming up, feel free to take a look and be inspired! (Or just be totes jealous. That's cool, too.)

Every year, this man puts on his varsity jacket and asks his wife out — just like he did for the first time 44 years ago. My heart!

Why yes, this is a chicken pot pie with a "48" on it to celebrate this couple's 48th anniversary. An anniversary present you can eat? Sign me up!

This couple got the exact same anniversary card for each other:

Looks like they really do go together like bacon and eggs! Maybe next year they should save some money and just go halfsies on one card.

What a sweet idea!

Writing a nice message for your significant other is good. Writing it with candy is some next-level anniversary-ing. This next one is equal parts hilarious and terrifying.

If someone did this to me on our anniversary, I wouldn't know whether to laugh or cry. I'd probably cry from laughter, honestly.

Find someone who will have adventures with you. And who will also take photos like this to prove it.

You could copy something you've seen on Pinterest, but why not take a picture that's slightly more accurate and actually reflects your everyday lives?

OK, so he didn't end up getting the girl. But at least he still has his sense of humor!

This couple met at a dog park, so they celebrate their dogs' anniversary, too.

And if that's not just the sweetest thing you've ever seen, I don't know what to tell you. Next up is what happens when two nerds fall in love.

This girlfriend captured her and her boyfriend's relationship in a bunch of graphs:

She doesn't have to justify why they love each other. She has scientific evidence!

For the woman who has everything:

If someone made me a custom ViewMaster, I think I'd probably spend the rest of my day looking at the pictures in it. Did I say day? I meant life. The rest of my life.

Which one is real?

To celebrate their first wedding anniversary, this guy commissioned an artist to recreate his wife's wedding bouquet out of paper! Now she can keep it forever!

This couple accidentally got each other nearly identical anniversary gifts:

OK, this is absolutely adorable. They both win.

Did you know the 20th wedding anniversary is the year for platinum or china gifts?

It's true. This husband decided to go with china...and got a puppy named China! This next anniversary gift took some serious artistic skill!

If you ever find someone who's willing to create a custom anniversary card based on one of your favorite television shows, you hold onto that person and never let them go.

She got him a power washer...

So she spiced one up a bit! If you're not artistic enough to create your own card from scratch, you can at least decorate a store-bought one in a unique way!

This couple *also* got very similar cards for each other:

If you and your significant other ever do this, you're obviously in it for the long haul.

This guy decided to get his significant other some flowers:

Some say this is going overboard. I say there's no such thing when it comes to expressing your love! Share this with someone you love!