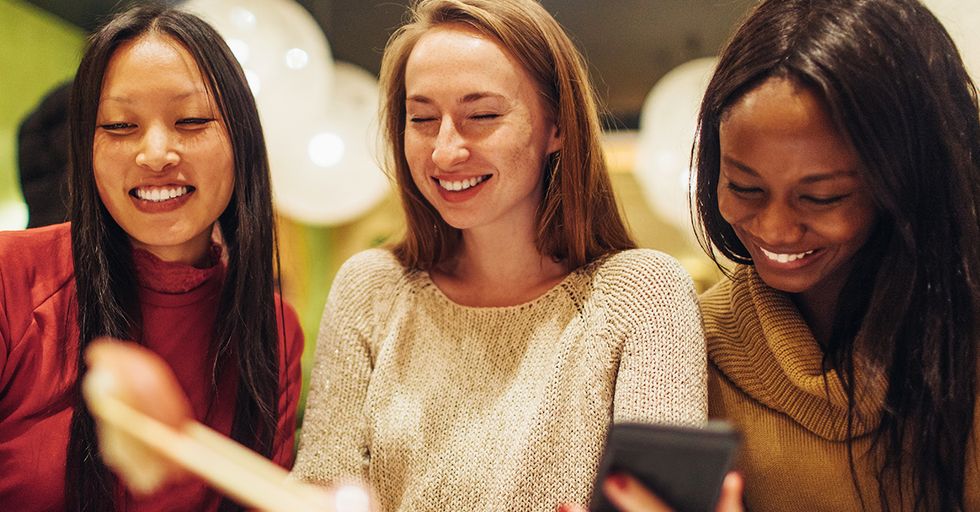 19 People Who Weren't Trying to Be Funny, but, Well, Here We Are

The Internet is filled to the brim with hilarious moments that have been captured in photographs and shared around the world.

This list includes just a few of those moments.

These pictures will make you laugh until you cry.

You might want to keep liquid far away unless you really enjoy performing spit takes. Because these 19 people were hilarious, whether they meant to be or not.

This man and his dog have life figured out. And yes, that dog is wearing sunglasses while lounging on the park bench.

No, they're not doing some weird formation. They're just hot and trying to sit in the shade. Do what you gotta do.

What horrible spoilers end up on the other side of the fold of this newspaper! This was truly an emotional roller coaster. The next one will make you go, "HA!"

All she's trying to do is take notes! I hope there's no important info in that blank space.

What kind of name is Cherries Waffles Tennis?! It's like they asked her her name while she was at brunch at a country club, and this is what she came up with.

In case you can't see what's inside the car, it's a human skeleton. Hilarious and totally not at all creepy, right?!

How funny is this? Pro tip for parents: Don't make your kids take pictures with their dead pets.

This dog is literally trying to taste the rainbow. I don't think it's working out for him. The next one is truly a specimen...

This description of a lamp

Ah yes, nature's light, the lamp post. Good thing there's this plaque, otherwise, I'd be wondering what all those tall, bright trees were.

This professor who hates paper

My favorite thing in the world is a passive-aggressive professor. Notes don't get any funnier than this, folks.

Get it? Because Hedgeh becomes hedgehog, the animal, if you add "og" to the end.

This stock photo mom who has seen it all

Aren't the people in stock photos supposed to look like they're smiling and laughing and having the best time in the world? Well, this woman failed her job description.

The bug eyes, the tongue sticking out... It's like this person has watched me eat food. The next one is so tragic...

This local advertisement for graduation photography

I think they meant it to be hopeful...but walking toward a light? While on train tracks? Yeah, this is super morbid.

This sign is living it's best life on Opposite Day

Call me crazy, but there's something not quite right about this sign? It seems like it should say something else, but I can't quite put my finger on what that is...

Look, at least he's honest about it. Why you'd advertise this... I have no idea.

This gorgeous example of petty revenge

This guy bought the house next to his ex-wife and erected this giant middle finger sculpture facing her window. Simply incredible.

This bold statement from the police

I don't know what they were trying to say, what they did say is that 90 percent of people on the planet were not planned. What this has to do with driving and accidents, I do not know. Share this with someone who could use a laugh!