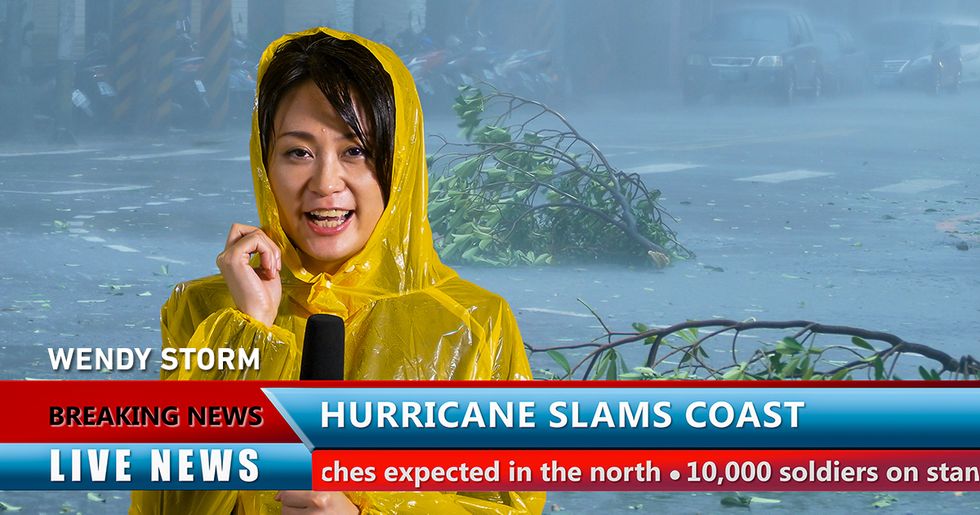 People Whose Names Match Their Jobs a Little Too Well

We have all come across someone with a name that matches their profession way too closely. Like, a hand surgeon named Dr. Mitten. Or a meteorologist with the last name Blizzard. I mean, come on. These names are a little on-the-nose. But apparently, it is quite the phenomenon. And it even has a name!

That's right! The seeming coincidence of people adopting professions that have to do with their name might not be such a coincidence after all. It is an idea called nominative determinism. It is the idea that people end up in areas of work that fit their names. Now, this might not apply to everyone (Robin Zlotnick sure doesn't point me in any professional direction), but I think that you will find that the people in this list are pretty insane. If they are not examples of nominative determinism, they are some of the craziest coincidences I have ever seen in my life.

It seems crazy, but I'm pretty sure these are these people's real names.

I wouldn't blame you if you didn't believe me. But after this list, I think you might believe in nominative determinism. Even a little bit.

Christian is going to see Librarian 'Dr. Letters' today, know anyone who's name is related to their job?… https://t.co/CfHFnMEVjw
— Absolute Radio (@Absolute Radio)1506581508.0

Of course, Les McBurney is a fireman! He makes things less burn-y.

So one of the US networks has an analyst making predictions called - Krystal Ball #NominativeDeterminism https://t.co/H9etFV7C2Y
— Josef O'Shea (@Josef O'Shea)1478452318.0

Are you kidding me? Krystal Ball is making political predictions for MSNBC. It doesn't get much better than that, folks.

OK, I was wrong. It might get better than Krystal Ball. This makes me think that they didn't know his last name, so the chyron operator just typed in "Correspondent." But that's his actual last name!

I mean, Andrew Drinkwater couldn't very well go into the soda business or something with a last name like that.

Is there a better name for an ophthalmologist than this? #nominative #determinism #ophthalmology https://t.co/JGQHSicuwg
— Mark Gribble (@Mark Gribble)1527256996.0

I mean, it could get slightly better than this. It could be Seewright. But it's still pretty good.

Jonathan Mower sounds like a character a lawnmower company would make up for its commercials. This can't be a real guy. And yet, it is.

With a last name like Kitchin, you either have to be a chef or like, a kitchen designer, and I don't even know if that's a job.

This runner's name is Aaron Farr. Also spelled as "I run far."

Obviously, if you are a music teacher and your first name begins with "C" and your last name is Sharp, you have to go by your first initial only. I think it's the law.

With a name like Bacon, you either have to manage a deli or become a philosopher and statesman.

Fecher! What a good boy!

All Pam Graves does is dig through old bones and stuff. Hey, it was either this or a funeral home, and I for one am glad she chose to be an archaeologist.

Only an expert hatcher, which means a man named Hatcher, of course, can write the book on keeping hens.

Sure, it's great that his last name is France. But it would have been even crazier if his last name was TheNewOxfordCompanionToLiteratureInFrench.

Paul Paulos is a ridiculous name to begin with, and then you add the fact that he's a sergeant for the St. Paul police department. And, now I have to throw up my hands and go home.

If you need a shoe repair, you should definitely go to the person who spends his whole life bar(e)footed.

I am not a fan of the dentist already, so I definitely would not feel comfortable going to Rachel B. Pullin. She's clearly a '90s prop comic who loves pulling out your teeth for no reason.

Wayne Toner really had no choice because whatever industry he went into, people would still rely on him for printer information based on his name.

It's been a long-held dream of mine to discover an amusing example of nominative determinism, so I'm thoroughly del… https://t.co/dVTf1chmgi
— Sean O'Meara (@Sean O'Meara)1507133035.0

I wonder if Vickie is related to Rachel the dentist. I like Vickie's profession way more, though.

I bet she's always like, "Do I know about blood? I AM blood." And people are like, "What."

There are so many good meteorologist names. This is only the first one on the list.

OK, this is insane, but it looks like Amy Parks works for a company called AAMI Park. You can't write this stuff, folks!

I wouldn't trust this guy either if he told me his name was Barber. That's too good!

Here he is, folks! The world's best hand surgeon. I wonder how many times he gets the question, "But you won't make my hand look like a mitten, right?"

@Dannythefink if you're still collecting examples of #nominativedeterminism - this guy cuts down trees for a living. https://t.co/uWUfs9DJYc
— David Ferguson (@David Ferguson)1513958272.0

There are so many professions Mr. Cutright could have gone into. Surgery, decorative fruit carvings– but logging works too.

Of course, Thomas Grieve's son went into the family business. He couldn't follow his real passion with a name like that, which was to be a birthday clown.

Come on, now. How does one even get the last name Blizzard? Is she a character from Frozen?

Well, that's an overall great name. Share this with someone to make them smile!