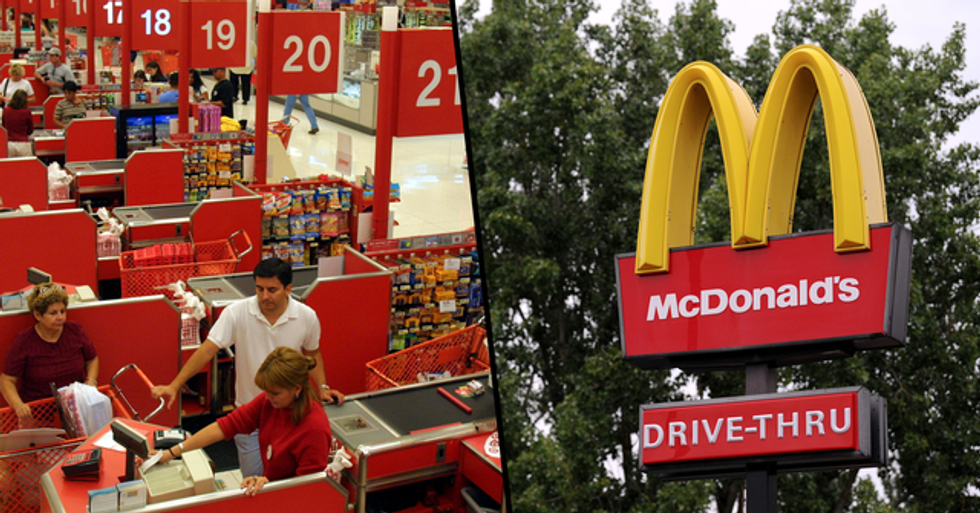 These are totally eye-opening...

"Spent six years behind bars. When I got out, the biggest shock was the beautiful sights and colors. I forgot how gorgeous nature was. It put the thought into my mind that I never want to go back, because there is no beauty in prison, the beauty is on the outside. I'm glad I'm out now, and every day I still take in the amazing outside world for what it is."

"I did four years. The first night out, I tried sleeping in a dark bedroom like I did before prison, but couldn’t do it. My dad was sleeping on the living room couch with a TV on, so I slept on the other couch. I needed to sleep around people and noise for a while until I got used to being alone again."

"You forget about the details of things. Like the way carpet feels on the bottoms of your feet. What it feels like to shower completely alone and without flip flops on."

"My brother just recently got out after four years! The first thing he did was take a shower, then run his feet along the carpet in the house. He said he 'just had to.'"

"My dad was in prison for life until he was found not guilty after 20 years. First thing he was surprised about was driving. He couldn’t drive, or ride a bike. He had to learn both again. It’s quite funny to see a 50+ guy falling off a bike after one of his sons let go for the 'first' time."

"I spent roughly nine years in total at a maximum security prison for some dumb decisions I made as a juvenile. Self checkout stands at stores and wireless headphones were definitely one of those 'this can’t be real' moments. I questioned reality. Like when you cannot explain an instance and it scares you trying to cope with, 'Did that really happen?' That’s how it felt."

"My uncle was in prison for 24 years and was released three years ago. He said what shocked him the most was how automated things were. Automated doors, self checkouts, using your face/fingerprint to unlock a phone. Things that were so simple to the rest of us."

"Cousin did five for meth and robbery. When she came out, she started crying when she saw my youngest sister was almost an adult."

"He was amazed by Snapchat filters. He kept posting on his Snapchat story all these selfie videos with filters."

"A friend of mine was very surprised by the new Coke Freestyle machines!"

"I have done 5+ years in prison. I was mostly amazed by smart TVs, with Netflix and browsers directly in the TV. And the 4G internet speeds blew my mind as well."

"I have two family members who did a very decent amount of time...and of all the things that could've blown their mind, Spotify was the biggest. Even the obscure house artists they were buddies with back in '89 were on there. Not having to burn any CDs or buy records. They still can't get over it."

"I had a TA in college who was an ex-felon due to a dumb situation he got involved in when he was a teenager. He was tried as an adult and did 10 years. When he got out, he said the strongest immediate impression he got was from trees. He said they were so huge and looming, and he always felt like they were leaning toward him, like they were about to fall over."

"I did six years. My biggest shock was finding out you can’t do much of anything without a smartphone. Companies don’t even do paper applications anymore."

"I went in around the first iPhone. Came out around 2014 and what disturbed me the most wasn't so much smartphones but how everyone everywhere had one in their hand staring at it. It felt very Black Mirror/Twilight Zone–ish."

"[My uncle] had been in prison for about 30 years and he didn't believe that you can just order stuff from the internet and it would be delivered. So we ordered dinner from Seamless, my treat, and he practically power-walked to the door when the bell rang. He swung the door open and enthusiastically greeted the delivery boy."

"My bro only did a year, but he was let out with a guy who did 30+ years. He tells the story of him having to explain a smartphone to the other guy. 'Imagine anything you want. Whatever you want, and whatever you want to know...it's on your phone now."

"My old boss spent seven years behind bars. He said the morning he got out, his grandmother picked him up and they went to Target. He said his eyes were hurting because he hadn't seen the color red in years."

"Just got out. Weirdest thing was seeing all these damn scooters laying everywhere."

"Just money in general...You have no idea how to handle money. That takes a little time to get used to."

"One of the hardest things for me once I got out was making choices. Let me explain: In prison, you might have two choices for shampoo if you're lucky. The first time I went shopping for hygiene essentials was at Target. I remember being so overwhelmed by the amount of choices for shampoo and having no idea which one to get. I stood in that aisle and cried for a few minutes before I just left without getting anything."

"My father was incarcerated from 2003 to 2016 and the biggest shock for him was technology and how much McDonald’s has raised prices." Scroll on for more revelations!